Too much unnecessary pressure: Why NRL must change Sunday 4pm kick-off time

The NRL HQ needs to make a change to match scheduling to avoid being accused of the almighty broadcast deal subjugating proper officiating of games.

This only requires the simple change: the Sunday 4.05pm free-to-air game being moved to a slightly earlier start time.

This would nullify yet another accusation of dodgy administration of the game being levelled at NRL HQ and the match-day officials.

This week there has been a huge amount of attention focused on referees and the bunker, and their ability to competently control games. Fans representing the gamut of clubs have united in outrage over the after-the-siren penalty to the Cowboys that snatched victory from a very gallant Wests Tigers outfit last Sunday.

We know these things will happen.

Not a weekend goes by where there isn’t robust discourse about at least one decision – or non-decision. All that varies is the level of hysteria.  However, it isn’t just the decision that gets debated, the discourse is regularly accompanied with allegations of conspiracy.

Any monitoring of social media will find huge amounts of blunt criticism, accusations of bias and even corruption levelled at NRL HQ and at the referees. 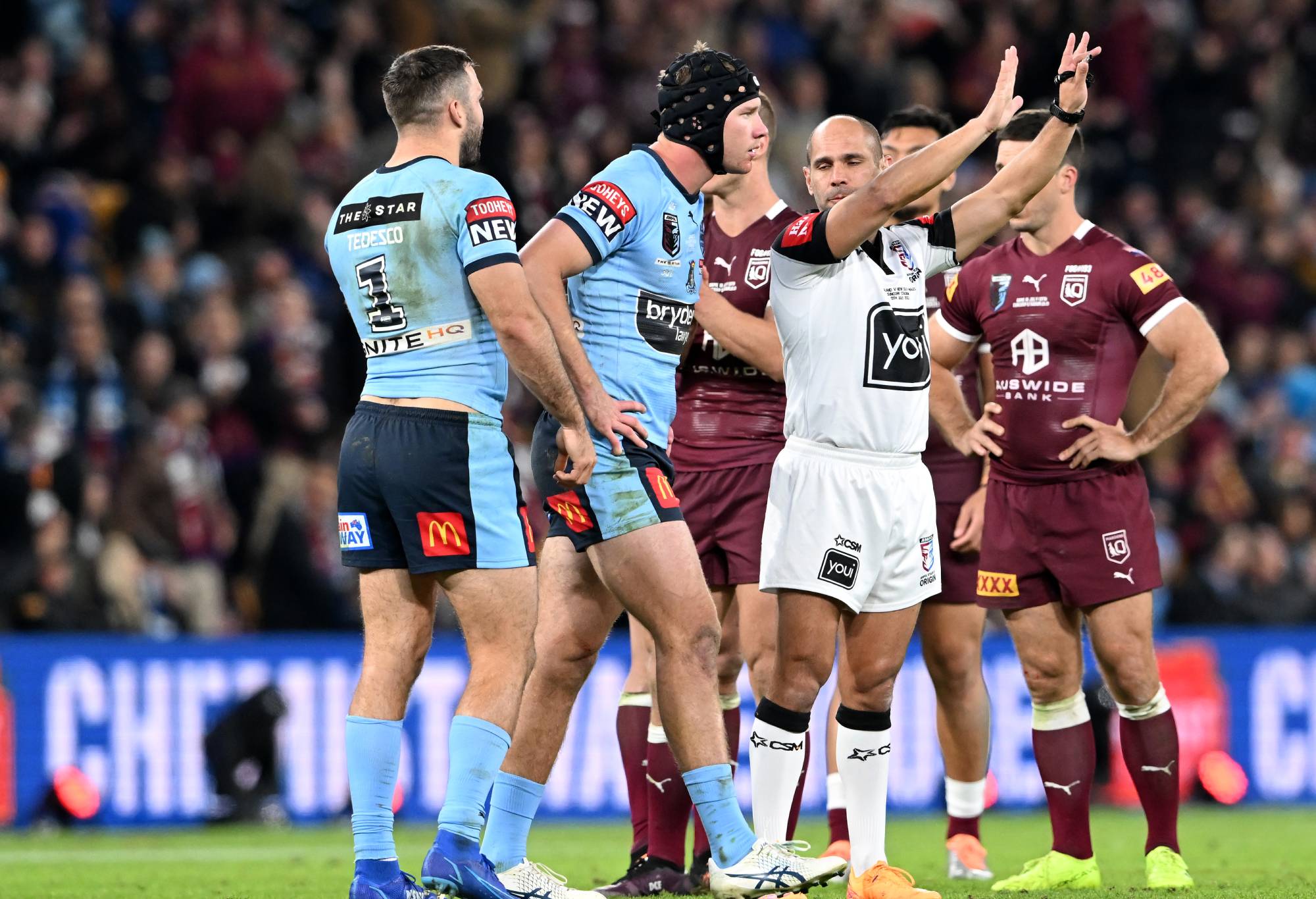 What NRL HQ really don’t need now is any other issue adding fuel to that constant fire.

I have personally interacted with multiple NRL officials over the past 15 years, including Sunday’s target of ire, Ash Klein. I can say without hesitation that I consider any accusations of corruption, collusion or bias (outside of confirmation bias) to be outlandish and without substance.

However, conspiracy theories are like weeds: they require very little to grow and proliferate. The best way to deal with them is to remove any plausibility that might help them take root.

With that in mind, the NRL should shift the Sunday game to the slightly earlier time of 3.45pm.

This small change will mean, should a game in that timeslot go into extra time, it will not run past 6pm and into the high-rating Sunday night news.

And that in turn will mean that conspiracy theorists won’t be able to accuse the NRL and the officials of being averse to making rulings – or not making rulings – that cause games in that timeslot to go into extra time.

Less than a month ago controversy raged when referee Peter Gough failed to penalise the Dragons skipper Ben Hunt for any of the three consecutive offences he committed in the last moments of the game. It is fair to say that there was considerable disbelief among fans and pundits that Hunt was not penalised.

Had he been penalised – not to mention sent to the sin bin for a professional foul – the game would have certainly gone into a golden-point period.

Hunt, through the blatant nature of his triumvirate of infractions, showed little to no concern for conceding a penalty, two points or his side going into extra time a man down.

As ever, when you are choosing between whether something is a conspiracy or a stuff-up it is virtually always an error rather than a grand scheme of deception.

However, the presence of commercial interests can cloud this sensible logic. When it comes to scheduling of games, we know there is a commercial reality attached to which ones are broadcast in which timeslot.

Broadcast partners want the product they pay so much money for to rate well. Those ratings translate directly into advertising revenue. Channel 9 bigwigs would be out of their mind if they didn’t want as many games in their free-to-air timeslots – Thursday night, Friday night and Sunday 4pm – featuring the teams that garnered the biggest viewing audience.

Of course they want the Broncos on in the Brisbane market. They want the Rabbitohs, Panthers and Eels in the Sydney market. Those teams will get the most viewer eyes. Advertisers will pay well to get those eyes looking at their product. 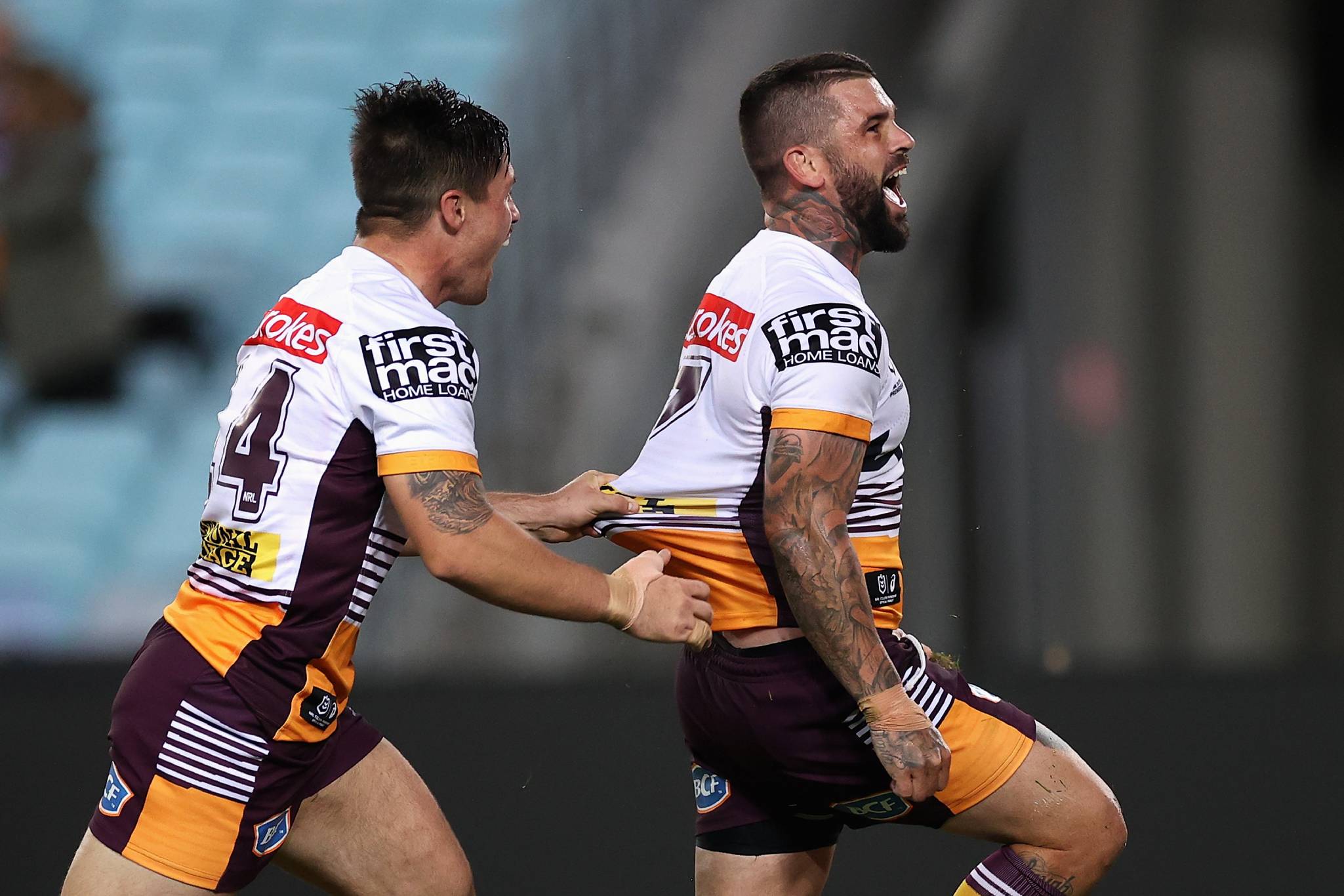 While the NRL needs to be very mindful of keeping broadcast partners happy, they also need to consider all 16 – soon to be 17 – clubs need to be able to get sponsorship if they are to be viable. That task is made all the more difficult if your team is rarely getting seen on free-to-air television.

While still by no means a panacea of fairness, in recent seasons the NRL has made significant improvements in regard to evening out the scheduling of free-to-air games among all clubs.

What the NRL also did was to make sure there are eight distinct timeslots each weekend, with no matches being played at the same time. From the start of the 2015 season we were pretty close to that reality. While the Monday night match has been swapped for a 6pm Friday fixture, the schedule has pretty much been set since then.

And that is when the 4pm Sunday free-to-air game was put in place.

Here’s the free-to-air scheduling for team since that point.

As you can see, if all of the free-to-air games had been shared equally over that period each team would have received 73.

While the Dragons are bang on that average – with five other clubs around the mark – there are six clubs doing better than that, some by a big margin.

Conversely three clubs doing much worse. It should be of surprise to no one that the regionally based Knights and Raiders are in that triumvirate. What I do find odd is the Titans – in the middle of a huge city in the rugby league heartland – are the very bottom of the pile.

Unsurprisingly, the games played in the free-to-air timeslots are among the most numerous. Even with shortened rounds to allow for State of Origin and representative fixtures, the Friday night and Sunday 4pm games are virtually always on.

Almost 42 per cent of all of the NRL fixtures since the start of the 2015 season are either night, Saturday night or Sunday 4pm. Add Thursday night games and it is over 50 per cent of the fixtures played.

The 61 golden point games since the start of 2015 constitute 1.95 per cent of all matches played.

Allowing for acceptable statistical variations – you would then expect to see the 61 NRL games that have gone to golden point during that period to at least roughly follow the percentages for each game time slot.

And for the most part they do.

However, the Sunday 4pm matches do not align at all. They deviate massively. An equal share would have seen eight golden point games played in this timeslot since 2015. Instead there have been just a quarter of that amount, a negative deviation double the size of the positive deviation seen for golden point games on Saturday nights – the next biggest deviation.

Only two of the 61 golden-point games have occurred in the third-most common fixture, Sunday 4pm game:

In the first instance, Klein awarded the Wests Tigers a penalty goal in the 78th minute that Jordan Rankin slotted to send the game into extra time.

It wouldn’t be until May 2020 that another game went to extra time that slot. That incident saw Knights centre Bradman Best score an unconverted try in the 68th minute to lock up the scores at 14-14. Try as the Novocastrians and Panthers might, that ended up being the full-time score after 90 minutes and six missed field goal attempts.

But that is it. There have been no others in the 4pm Sunday timeslot at all. But should this statistical anomaly really be any cause for concern for the NRL and their officials?

Maybe not, but the multitude of conspiracy theorists that abound across rugby league social media will surely point to the deficiency of golden point games in the Sunday 4pm time slot. They will surely allege or insinuate the NRL does not want those games going into extra time and that wish might even impact how the games are officiated.

Anyone who understands television ratings knows that Sunday night is the big night. It is the time that each network puts on their highest rating shows to lure the massive audience. This period starts at 6pm, with both Channel 7 and Channel 9 running very popular news bulletins that capture very big audiences, especially in the metropolitan markets.

The NRL match is scheduled to be done and dusted by 6pm. However, if it goes into extra time it can go past 6pm. When the free-to-air fixture on Sunday afternoon was instituted it originally stated at 4.10pm but was subsequently brought forward to its present start time of 4.05pm to stop it running into the news.

In the summer months we are all used to the extra overs of cricket pushing the news back. However, that is when the ratings are on their summer hiatus. At that time pushing back or shortening the bulletin is no big deal.

During the ratings period it can send the schedule for the whole night into chaos.

It is a pretty good bet any broadcast partner wouldn’t be too keen on that happening.

However, to allege there is a conspiracy at the NRL that has their officials either making or not making decisions to avoid having the Sunday 4pm games go into extra time is an outlandish suggestion for all but the biggest tin-foil-hat-wearing-flat-earther-red-ensign-waving rugby league fans.

It would require a degree of conspiracy that would be incredibly difficult to engineer and virtually impossible to keep quiet. 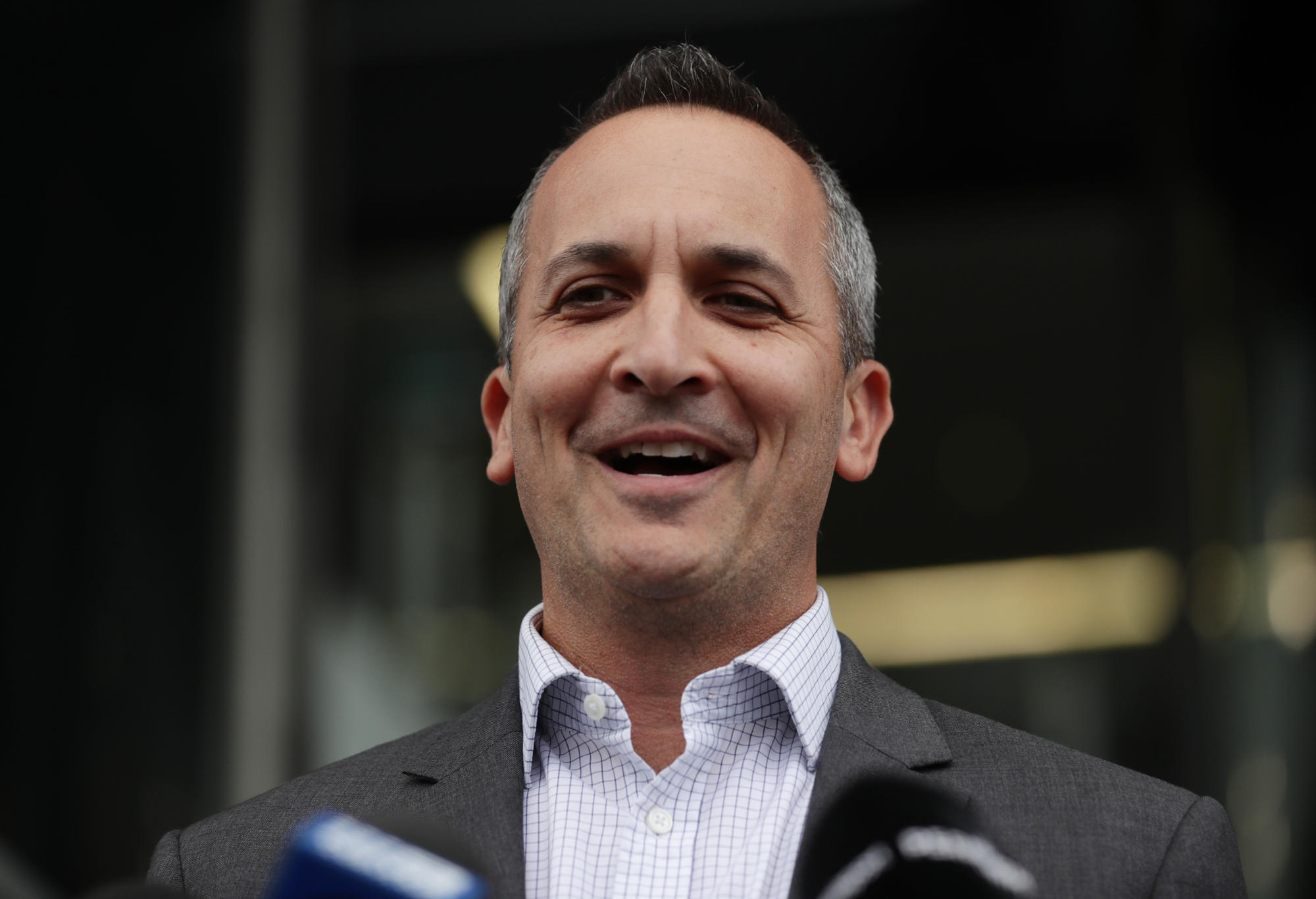 It also requires you to believe that the match officials are corrupt.

To say that is an extremely far-fetched concept is a massive understatement.

However, there are people who will believe it and who will proliferate that view.

While we can make fun of those people, those sort of accusations eat away at the fabric of the game we all love and attack the integrity of the officials we rely on.

In this case there is a very easy answer to put an end to it: start the game at 3:45pm. The 2pm game would have to come forward a fraction as well.

That way when a referee gives a disputed penalty at the tail end of a game – or doesn’t award one for blatant or repeated infractions – the focus will solely be on their competence and not in regard to their integrity – and that of the competition as a whole.

Surely Messers V’landys, Abdo and Annesley will be able to see the merit and ease of making such a small adjustment.