The Roar
2nd August, 2022
92
Join the conversation
1270 Reads
Advertisement
Write for The Roar

The venue for this season’s NRL’s grand final is in limbo with the NSW government announcing the upgrade of several Sydney suburban stadiums has been placed on the backburner.

A decision must be made on the grand final venue this week in order to release tickets, but the NRL is yet to commit to Sydney due to a stoush with the state government over stadiums.

As a result the game’s showpiece event could be held in Brisbane for a second straight season.

At the heart of the issue is the upgrade of several suburban grounds, with money initially assigned for the rebuild of Accor Stadium at Olympic Park now to be reallocated.

The NRL initially signed a contract with the state government in 2018 to keep the grand final in Sydney until 2042, conditional upon the $800 million Accor Stadium rebuild.

When that was put off during COVID-19 the deal was technically null and void, with the NRL hopeful a significant amount of the money would be switched for the refurbishment of suburban venues.

A $300 million commitment to the new Penrith stadium has already been made, but there was nothing in the 2022 budget regarding the rebuild of other grounds. 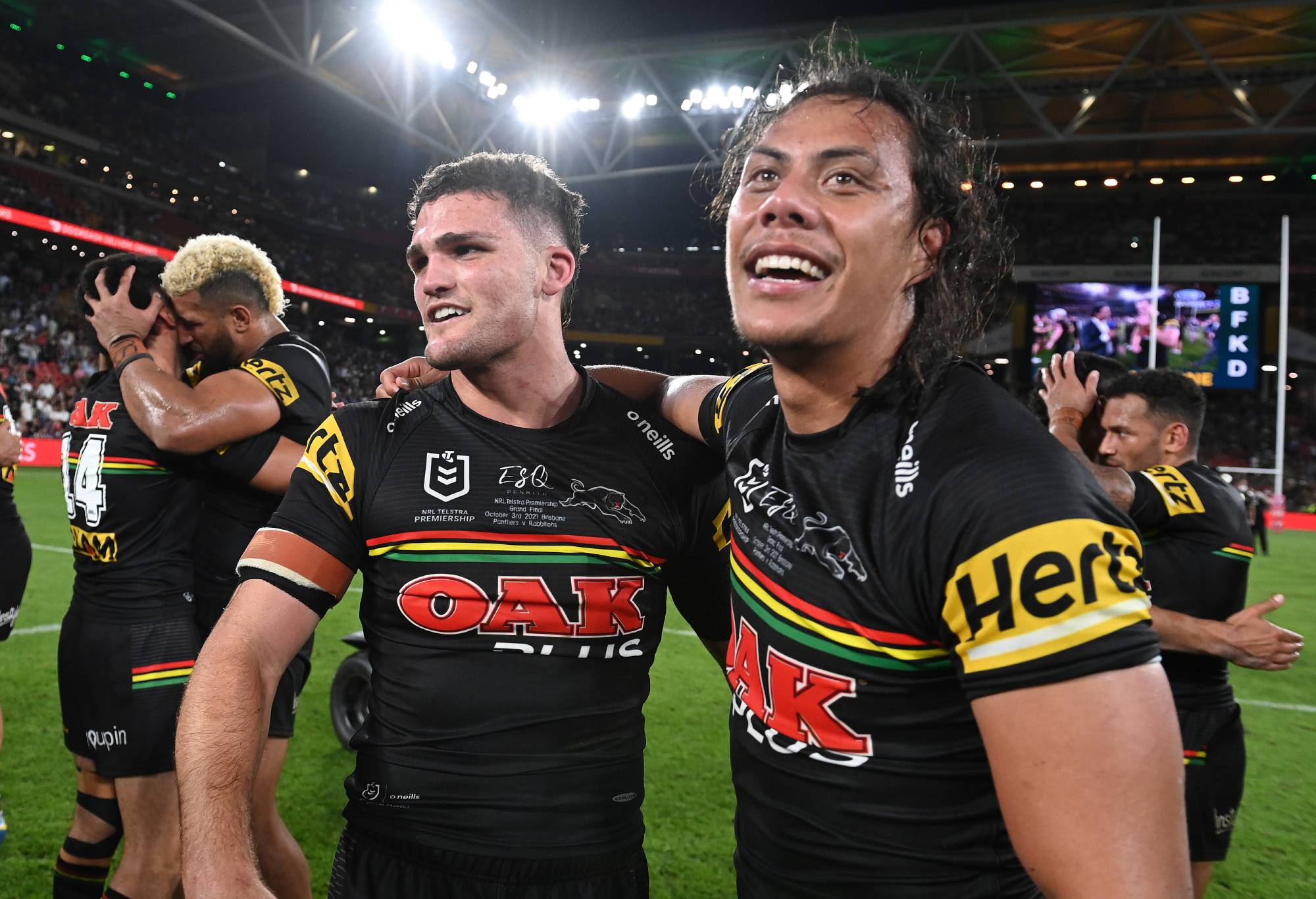 League bosses left meetings with the government in April believing a deal had been struck and venues such as Brookvale Oval, Leichhardt and Shark Park would benefit.

However Premier Dominic Perrottet confirmed on Tuesday the stadium upgrades were no longer a priority in the state budget.

“The NSW Government remains committed to upgrading suburban stadiums however following recent natural disasters and the COVID-19 pandemic, it is appropriate that further investment in stadia is staged,” Perrottet said.

“The government has just received the Floods Inquiry Report, which will likely require a significant cost to the taxpayer and I note right now there are still 1366 people without a home in NSW due to flooding.

“It should come as no surprise that my top priority is therefore supporting those devastated by the major floods across NSW.”

The issue was an immediate talking point on Tuesday for NRL clubs, who had believed their stadiums would earn much-needed upgrades.

Cronulla will now be ineligible to host NRL-NRLW double-headers next year when their women’s team enters because of inadequate dressing-room facilities.

NRL powerbrokers feel the NSW government has backflipped on their deal, prompting a willingness to reconsider this year’s grand final venue.

“Sydney will always be the home of rugby league and if Peter V’landys wants to take the grand final away from its home, then he can explain that to the fans,” Perrottet said.

Brisbane hosted its first grand final last year due to Sydney’s COVID lockdown and the Queensland government has long been keen to lure the event north.

Newcastle Thunder winger Jack Johnson wants to return to rugby league in the near future despite suffering the pain of an exploded testicle in a training mishap last week.

The 26-year-old who plays for the club in the Championship, the second-tier competition below the Super League, was left in extreme pain after he was on the wrong end of a knee from a teammate during a training drill.

He was rushed to hospital and doctors removed the damaged testicle.

Johnson was able to retain his sense of humour, posting on social media: “What a load of BOLLOCKS. 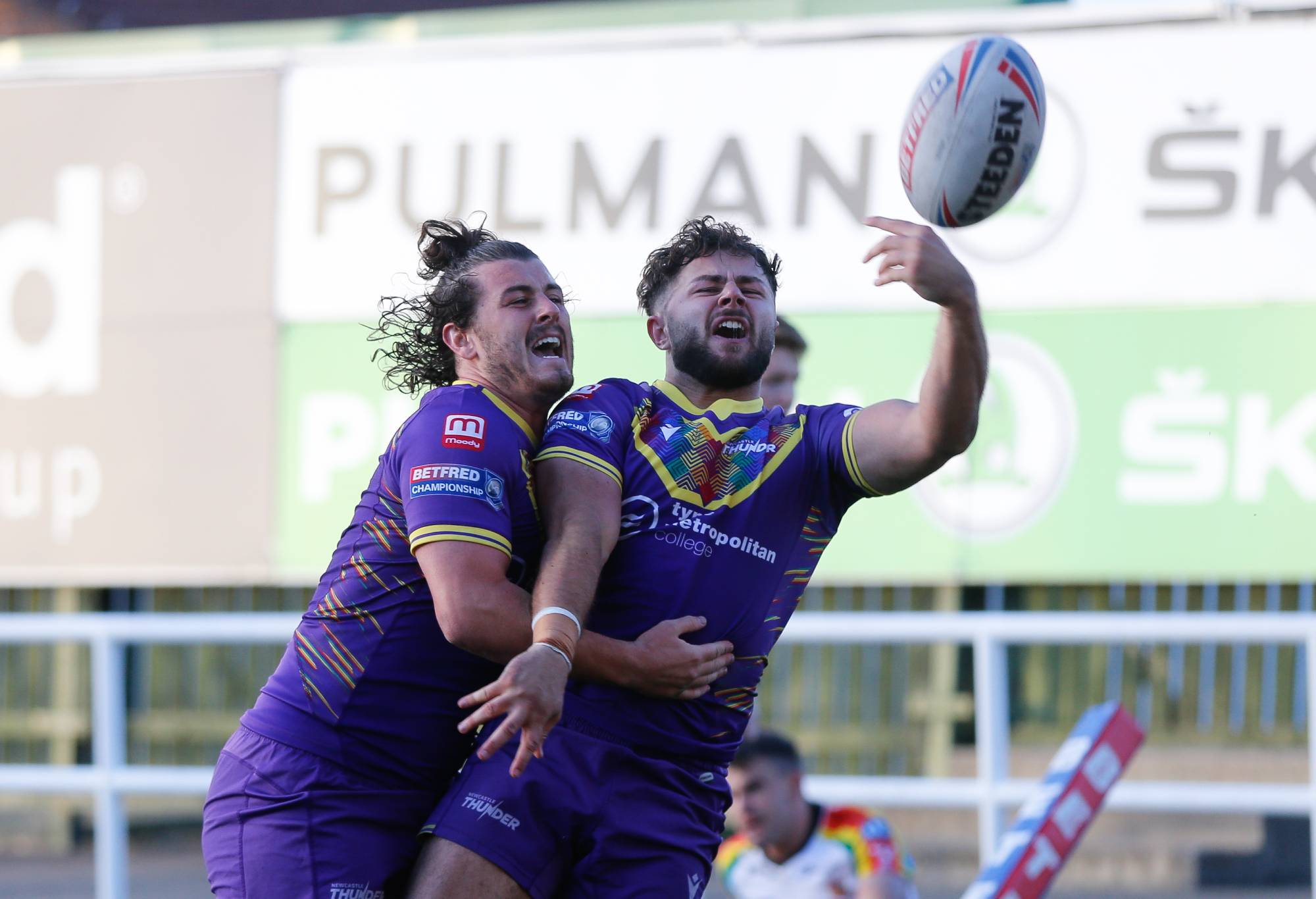 “Not my greatest Thursday ever, with the old testicle exploding at training. Had it removed last night. Will be back soon just a little bit lighter ???? #OBJ And as the saying goes RL wins again xx P.S does the swelling stay asking for a friend.”

English tabloid The Sun, true to form, used DONE HIS NUT in its headline on the story of Johnson’s gruesome injury.

Johnson, who has played for Warrington and Widnes in the Super League, has scored 10 tries from 15 appearances for the Thunder this season.

The NRL’s match review committee has taken the unusual step of explaining why it did not sanction Melbourne’s Nelson Asofa-Solomona after he planted his elbow into the face of Warriors hooker Wayde Egan.

Match review committee coordinator Luke Patten released a video during head of football Graham Annesley’s weekly briefing on Monday where he justified the decision to not charge Asofa-Solomona.

Asofa-Solomona was placed on report on Friday and Egan reportedly sustained damage to his teeth.

Immortal and Nine Network commentator Andrew Johns said the lack of punishment was “laughable” and claimed the intent was such that Asofa-Solomona should get a four-month suspension.

Adding to the confusion was the fact that Sydney Roosters prop Jared Waerea-Hargreaves was charged for using an elbow to the face of Manly debutant Zac Fulton on Thursday. 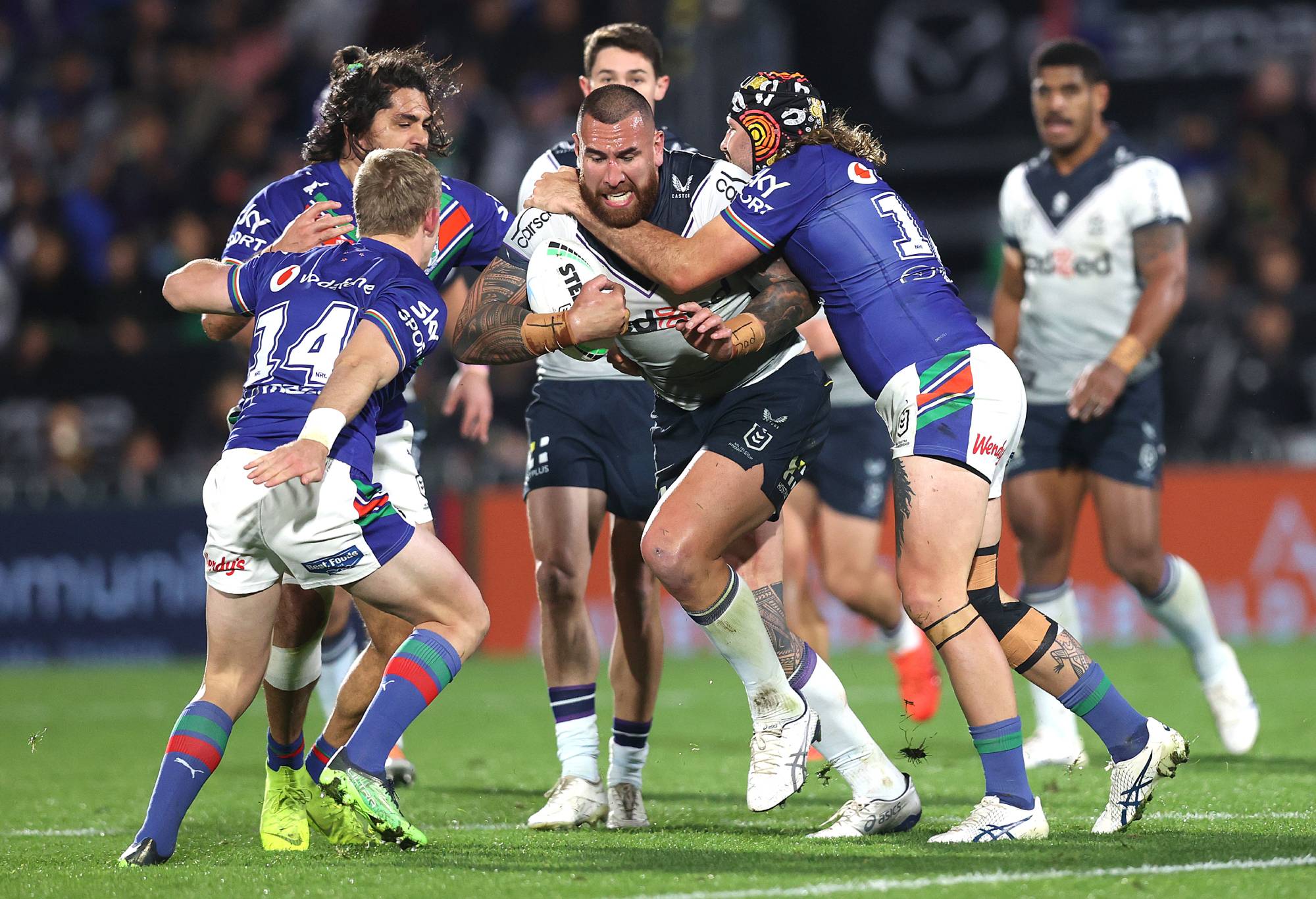 Patten, however, said the contact was minimal in the case of Asofa-Solomona.

“There might be possibly minor contact at the end of the tackle with Nelson’s forearm to the neck and chin area,” he said. “That was a minor contact.

“It was a forceful tackle which unfortunately resulted in Egan’s head going into the ground.”

Annesley said injury was considered when determining a grading.

“It’s only a charge if a player is found to have breached the rules,” Annesley said.

“In order to have injury considered in grading there has to have been an offence committed.”

Meanwhile, North Queensland’s Jason Taumalolo has been fined $3000 after being charged for a grade one shoulder charge – his second of the season – on St George Illawarra’s Blake Lawrie.