Experts Roar: Can anyone stop Nanai winning NRL rookie of the year?

The Roar
4th August, 2022
16
Join the conversation
Advertisement
Write for The Roar

When it comes down to choosing topics for the Experts Roar powwow each week, we try to come up with ones that will create a diverse range of opinions.

Who wins NRL rookie of the year honours at the Dally M Awards is often a tough choice and this year there has been a range of rookies who have burst onto the scene.

Panthers duo Taylan May and Izack Tago have been scoring tries for fun with the premiers, Ezra Mam has slotted in well as a Broncos playmaker, Xavier Savage is causing havoc at the back for Canberra, Jacob Kiraz is chiming onto the end of the Canterbury backline beautifully and Lachlan Ilias has stepped into the big boots of Adam Reynolds at South Sydney with the poise of a veteran.

But one name has garnered a large majority of the votes and it would be an asbolute shock if Cowboys forward Jeremiah Nanai doesn’t take home the Dally M gong for top rookie.

Under NRL rules, a rookie is classified as someone who played four games or less or made their debut this year – Nanai was given exactly four runs at NRL level late last season before becoming one of the best young players in the competition in 2022, earning Queensland honours while touching down 16 times for his club with still five rounds to go.

The Roar experts have their say and if you’d like to do likewise, fire away in the comments section below.

Jeremiah Nanai is my pick for rookie of the year. He started the season in the back row and has only missed one game for the Cowboys, playing 80 minutes a lot of the time. He’s now a State of Origin player as well, not to mention the fact he’s score 16 tries and is still yet to turn 20.

It’s going to be almost impossible for anyone other than Jeremiah Nanai to win this award. The next-best option is Xavier Savage at the Raiders.

He’s shown more than enough this season to suggest he can be Canberra’s long-term fullback – the club wouldn’t have let Charnze Nicoll-Klokstad return to the Warriors if they didn’t think so.

Savage is only under contract until the end of next year and the 20-year-old Queenslander is sure to have big dollars thrown his way. Hopefully, the Raiders can ensure he remains in lime green for his entire career. 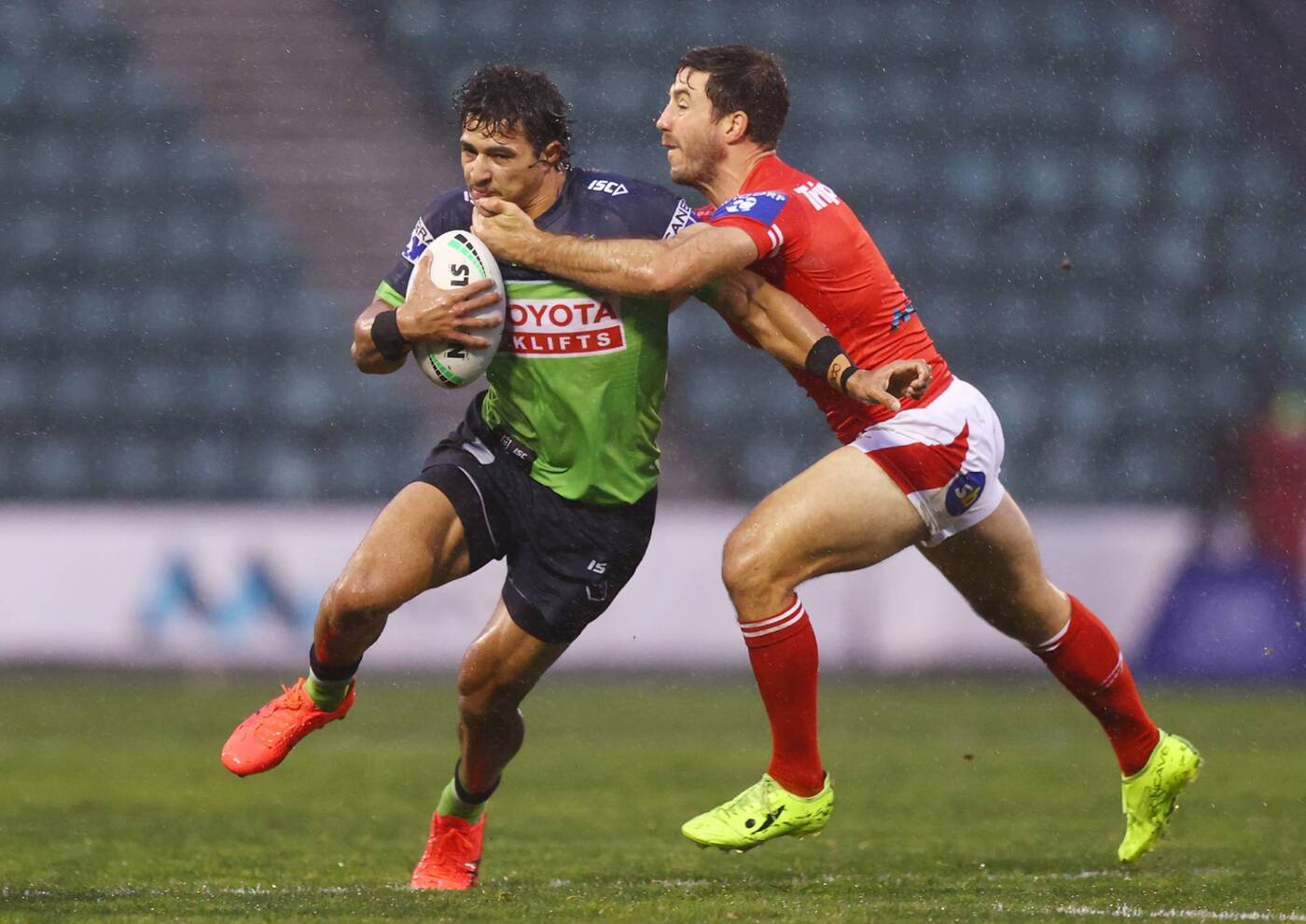 Gotta go Jeremiah Nanai. The teenage tearaway has scored 16 tries in his 16 appearances for the Cowboys this year – one short of the total the game’s current leading try-scoring forward, David Fifita, managed across all of last season.

And Nanai still has five games to go, so he’s well on track to crack 20 for the year, all while he averages over 100 running metres a game and making 30 tackles at 90 per cent efficiency.

Stats aside, he’s a freak and just awesome fun to watch go about his business. He’s far from the finished product but that’s arguably the scariest part. His ceiling is ridiculous.

Surely the NRL has already engraved the name of Jeremiah Nanai on the Dally M Medal. This kid is an absolute machine, and his talents were spotted early when he was signed to the Cowboys’ Cairns Academy when at just 15. He has scored 16 tries over his 16 games this season, averages just over 100m per game and played for Queensland in Origin.

He has quickly become a club favourite at the Cowboys and is constantly causing headaches for the opposition. He is contracted until the end of this season – don’t be surprised if the club try to lock him down for a decade-long deal like they did Jason Taumalolo. 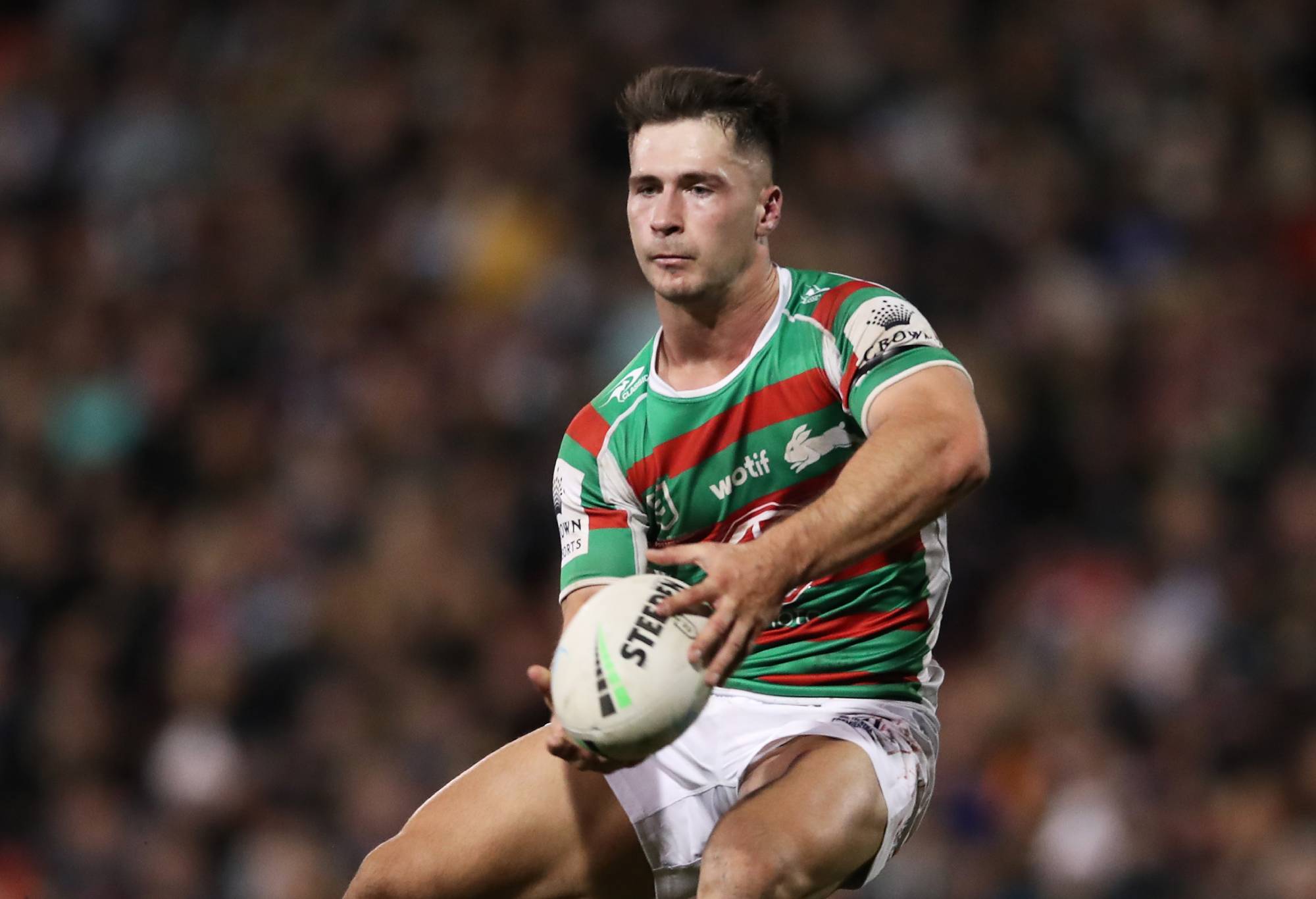 It’s obvious to say Jeremiah Nanai, Taylan May and Izack Tago, so I’ll go for two guys from opposite ends of the expectations scale and say Lachlan Ilias and Jacob Kiraz.

The expectations on Ilias, who had one game of first-grade before this year, were huge as he was brought in to replace Adam Reynolds, one of, if not the, best halfback South Sydney ever had. Throw in that Reyno has been excellent at the Broncos, too, and it’s a whole heap of slack to pick up. Ilias might not have hit the heights of some of the class of 22, but the way in which he is now steering around a top-eight, potentially top-four club is exceptional. There have been ups and downs, including being hooked after 20 minutes, but he responded to that with the best form of the year so far.

If Ilias couldn’t have had it much harder, Kiraz couldn’t have had it easier. He debuted in Mick Potter’s first game and immediately caught the eye. Everyone wondered why Trent Barrett kept playing Jayden Okunbor when he had Kiraz in reserve grade and those of us who watched their NSW Cup team thought the same. His style is exactly what they lacked: elusive, hard to tackle and energetic. His hat-trick last weekend had been in the post for a long time.

I don’t think it will actually happen given that we only saw Jacob Kiraz make his debut midway through the season, but he is my nomination for Rookie of the Year.

Kiraz has been impressive in every game he has played for the Bulldogs and his form certainly leads me to ask, why wasn’t he being played much sooner in the season? 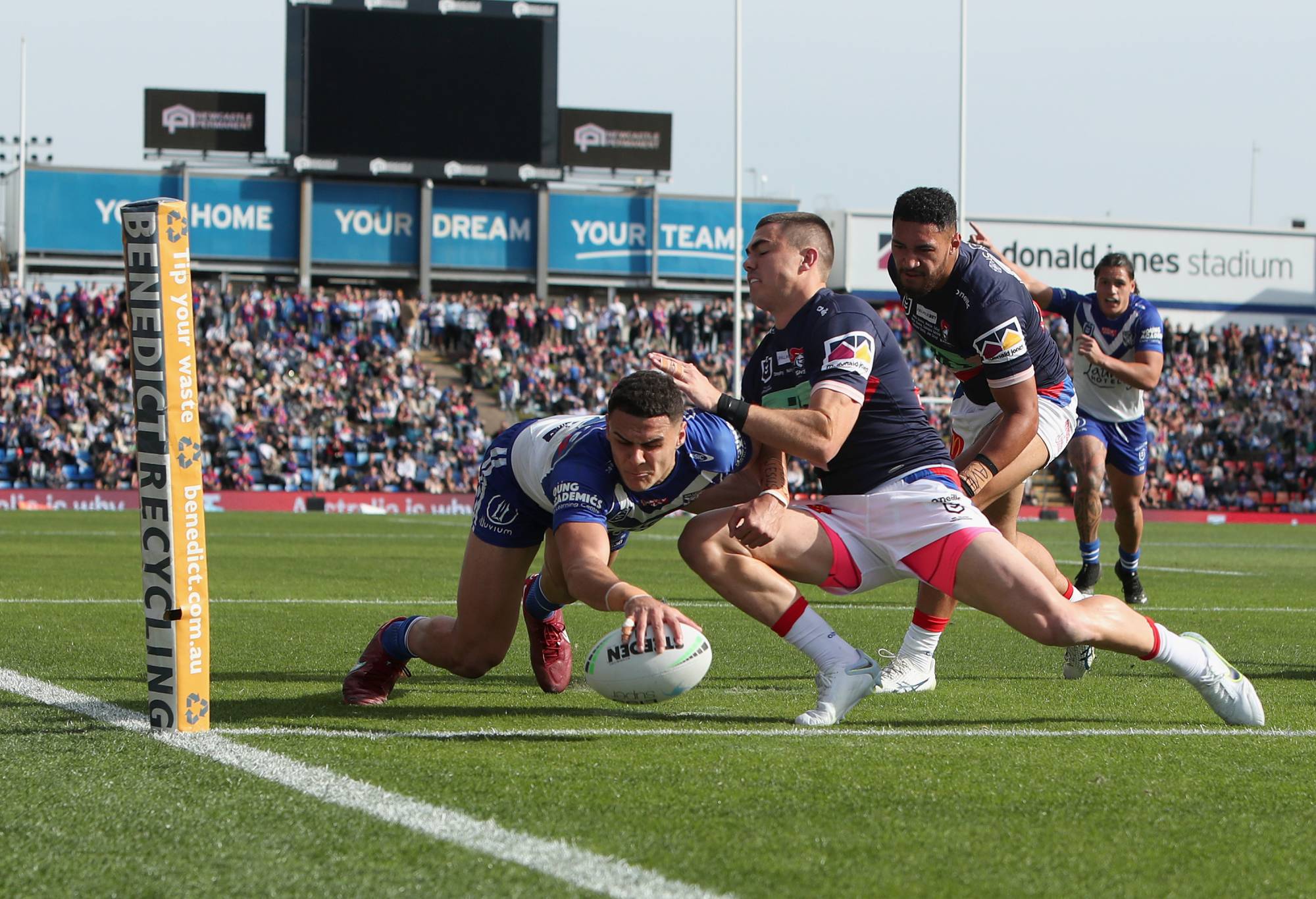 Jeremiah Nanai has been a beacon for the Cowboys in his first proper season at it.

Athletic, explosive, creative, Nanai is great to watch and his ability to make things happen is a key part of North Queensland’s rise this year. Credit to Todd Payten as well for letting Nanai have his head and use his strengths rather than trying to squeeze him into a system.

Honourable mention for Souths halfback Lachlan Ilias, who was on a hiding to nothing coming in as replacement for Adam Reynolds. Even with understandable rookie mistakes Ilias is growing into the demanding halfback role for a team on the brink of the top four.

The Penrith Panthers have an enviable production line of superb young players right now. Top of that list is Taylan May. His 14 tries in 2022, alongside his average of 160 metres and five tackle breaks a game shows that the rookie gets the job done. 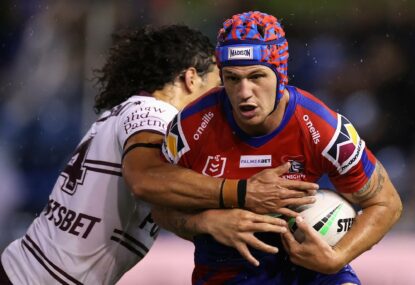 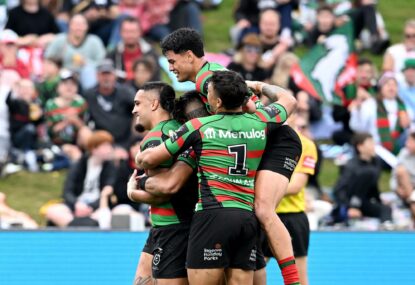 Who is the team most likely to stop Penrith winning the NRL title again?