The Bulldogs have been in search of a good coach and a place in the finals since Des Hasler returned home to Manly at the end of 2017, leaving a salary cap mess in his wake.

Dean Pay accepted the poisoned coaching chalice in 2018 and did his best with the limited playing talent available, but Pay fell on his sword in the middle of the 2020 season and handed the clipboard to caretaker coach Steve Georgallis after the club won just one game from nine starts.

Georgallis didn’t do much better, and the Bulldogs finished just ahead of eventual wooden spooners in the Broncos on for and against.

Next to accept the impossible mission was Trent Barrett, who led the team to the 2021 wooden spoon, and finished with a win ratio of just 15 percent, before he too exited the club, leaving in May this year. Mick Potter was then handed the caretaker role, and we’ll talk about him in a minute.

Now, the Bulldogs seem certain to go all-in on Penrith assistant coach Cameron Ciraldo as the man to lead them out of the wilderness, provided Ciraldo is willing to take the plunge.

There’s been a lot of talk about Ciraldo, and his name has been mentioned in connection with just about every club that needs a coach, which is interesting given his lack of experience.

So what do we know about Cameron Ciraldo? He was a fairly useful player in his day and chalked up 94 first grade appearances across nine seasons in the top grade, with the Sharks, Knights and Panthers, primarily playing off the bench.

He also coached Italy during the 2016 World Cup. 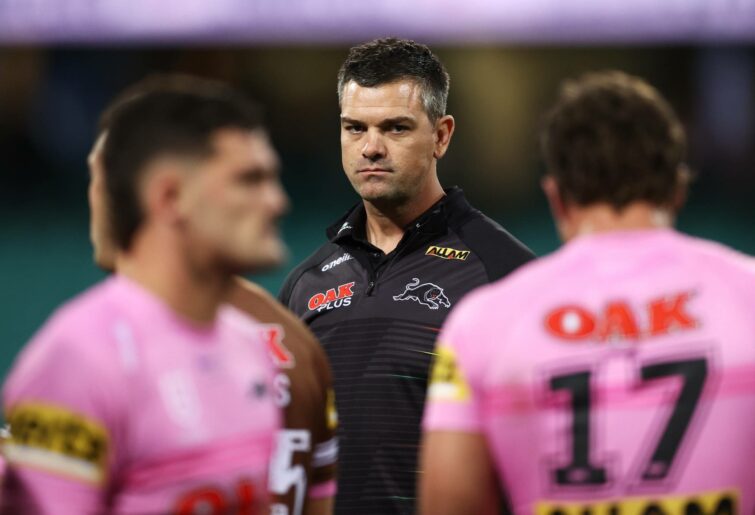 All steady stuff, and he’s held in high regard by those he works with, and now, in his late thirties it looks like the ideal time for him to chance his hand as a first grade coach.

However, the transition from assistant coach to first grade coach is not always a smooth one, particularly when changing clubs, and encountering entirely new players, management, history and culture.

Ciraldo is in his 11th year as either a player or coach with the Panthers and obviously knows the place inside out, and he has developed alongside most of the current Panthers players.

I’ve no doubt that he would be a good first grade coach at Penrith at some time in the near future, but will he fit in to a club like Canterbury, who will be looking for early success and a good return on their player investment, a club who have a very different culture, and a recent history of dysfunctional management?

To me, it’s a big risk for the Bulldogs, and it’s a risk they don’t need to take, as the current caretaker coach in Mick Potter just might be a far better option.

So what do we know about Potter?

Firstly, he had an outstanding career as a player, notching up over 200 first grade games and winning two premierships with Canterbury, and won the Dally M medal from fullback in 1984.

He also has extensive coaching experience, coaching over 260 first grade games in the top grade across four clubs, both here and in England, and he has also coached Fiji on eight occasions. So he knows what’s required to be a first grade coach, and what works and what doesn’t, what can go wrong and how to deal with competing interests.

He also knows what makes the Bulldogs tick, and has been a part of their unique culture, but most of all he’s demonstrated in just a couple of months that he has a great connection with the playing squad, and has brought out their best.

This rapport with the players, and their trust in him, is one of the most essential requirements of successful coaching.

The change in the team since he took over in Round 10 has been remarkable. They’ve won four games from their last six starts, scoring 30 points or more on three occasions, are a genuine threat to most teams in the competition, and have climbed off the bottom of the table and distanced themselves from another wooden spoon.

Clearly, he’s made that all important connection with the playing group who seem to be enjoying their football for the first time in years, and the ability of a coach to bring out the best in his squad just can’t be underestimated.

A coach needs to be able to recognise his players’ strengths and weaknesses, correct the weaknesses, get them playing to their strengths, be able to think outside the square, and make the hard decisions when required.

Some good things have happened at the Dogs since Potter came on board, including:

• The team are contesting for the entire 80 minutes.
• Matt Burton is now close to the best 5/8 in the business.
• They are prepared to take risks and play exciting attacking football.
• Kyle Flanagan has regained both his form and self-belief.
• Josh Addo-Carr is scoring tries for fun and has reclaimed his status as the best winger in the game.
• Paul Vaughan is back to his best ever form.
• Jake Averillo has emerged as a serious fullback option.
• Both Brent Naden and Matt Dufty have left the club.
• Tevita Pangai Jr is playing well and behaving himself on the field.
• The rise of Jacob Kiraz continues.
• Aaron Schoupp is beginning to look like a first grader.
• The Canterbury pack is now to be taken seriously.

The Bulldogs have continued their strong recruitment drive for next year, and with the right coach pulling the strings will be a great chance to play finals football again.

Cameron Ciraldo may be everyone’s coaching messiah, but I think Potter has the magic touch with the current Canterbury squad.