My Cricket World Cup team of the tournament

We are approaching the end of what has been a six-week festival of cricket, as the hosts England prepare to play the unfancied Black Caps in the final at Lord’s. 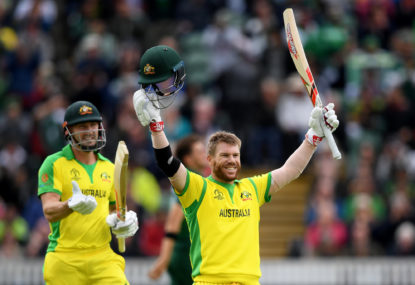 My Cricket World Cup team of the tournament

The 15th of September 2011 was a massive day in the history of the Fremantle Football Club. Indeed it was one of the most important days in their history: it marked the start of a new era. 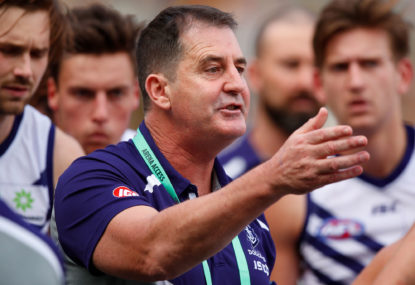 Spruce Moose, if Freo become better Fyfe polls more votes not less. The fact he polled that many votes in a team that won 9 games and also Cripps in a team that won 7 show just how good they are. I get the fact that the Cats, Eagles, Lions etc shared votes around more but let’s be honest, if Freo won 15 games as opposed to 9 surely logic suggests that is even more BOG performances for Fyfe.

I will say I did suspect Walters and Hill would take more votes off him than they did but I guess it just shows how consistent Nat is, he is constantly in the best 3 players on the ground.

It would honestly surprise you that he actually hasn’t won as many doigs as you might expect, in fact, I have a feeling he didn’t win the doig in 2015? He really should be winning it every season and will canter it in this year I suspect but it is interesting. Neale won last year’s and Brad Hill the year before.

He’s a better Player than Pav, quite clearly and Pav was an outstanding footballer but Fyfe is a freak, it’s like comparing Steve Smith to Mike Hussey, one was a very good player and an even better person, the other is a freakish talent that doesn’t come round that often.
Fyfe may be a better player but he has a long way to go to become the all round great clubman that Pav was, if he can deliver us a flag then he goes ahead of Pav as a leader and club icon because Pav did everything but that.

No surprises here a West Coast fan claiming Fyfe is an undeserving winner. He had a massive season, absolutely incredible especially in a poor side, but you wouldn’t know that because you are stuck in your little West Coast, Channel 7, West Australian, 6PR Kim Hagdorn bubble.
The West Australian headline today was about Willie Rioli…

The fans and the media here in WA cannot handle anything positive happening to Fremantle.

Yeah we cannot doubt that in his first couple of years Ross did some great things for the club and it does seem that he forged some great relationships with some of the more senior guys. Not sure if some of the younger fringe guys have as quite a rosy relationship with Ross.
He is well respected but the general feeling amongst most of the the more realistic and knowledgeable Fremantle fans was that he was well past his use by date and the club needed a change in direction. Fyfe will be fine, he will move on, he’s a professional and he will wear his heart and soul for the footy club.

There is this massively wrongful assumption that Fyfe is a selfish player, I know a number of people close to the Freo camp that will say the exact opposite, he is as selfless as they come and in fact the selfish one packed his bags and headed off to Brisbane last season.

Thought Dane Swans tweeting for sportsbet throughout the night was pretty funny as well.

Cripps will win one, it’s only a matter of time. Fyfe and Cripps are undoubtedly the two best players in the league! Both WA boys, throw in Tim Kelly as well and what a night it was for WA footballers. Definitely would be a seriously good state of origin side.

To be able to win in a side that was poor for so much of the season shows just how good he is. We would be in big big trouble without him, not going to the extent of Anon but yes he is now undoubtedly the best player in the league and he deserves better. Let’s hope the new coach can help bring Fyfey the success he deserves. Like Pav he has shown great loyalty and is absolute pure class. Think he’s just about gone beyond Pav in terms of club legends now, let’s hope he can lead us to an elusive flag.

Wade isn’t a good enough keeper. Paine is the best keeper in the country and he has done that job well. I think he has captained ok at times. Excellent at Old Trafford and Edgbaston, extremely poor at Headingly and a strange decision to bowl first at the Oval (although that may well have been Langers). All in all he is still the best man for the job probably. Carey is the obvious replacement when the time comes and his time will come, Paine deserves the chance to have the home summer.

Yep 2 absolutely terrible tactical decisions which may well have cost them the game. Why they played Marsh and Siddle together was just insane.

I can’t help but feel Khawaja was stiffed. He didn’t have a great series but was far better than Warner. I like him as an opener and would probably back him in as an opener along with Burns for the home summer.
I’d move on from Warner, his future is as a short form specialist. I feel he is mentally cooked.

To be fair to Paine it was probably the strongest Indian side to ever play on Australian soil and one of the weakest Australian sides without their generational talent. It’s a miracle they won a test that series, it was such an inexperienced side.

So much for Don’s suggestion that the majority of members loved Ross!!

Both Fremantle and Adelaide are better off getting first time coaches. If you look at the last 3 flags they have all been won by first time coaches rather than recycled ones.
Longmuir to Freo and Bassett or Rutten to the Crows.

I hope he gets another gig, only because it would mean that it would be one or two more guaranteed wins a year for Freo.

More so WA footy then, Coached Subi to 4 flags, has played for both WA clubs, understands the footy climate over here. Would be a far better choice than a Victorian.

I tend to disagree, he isn’t one of there A graders but he perhaps played his best game ever last week. Is a very very good player that they will miss.

Yeah not a good look, it’ll be a lengthy ban.

No Hale won’t be the senior coach, in fact i’d be surprised if he is even there next season. Hasn’t done much as an assistant to suggest he deserves the appointment but maybe he was the only one willing. I’d hazard a guess there will be a high turnover of Assistants this year as well.

I’d rather JLo or Kirk but I wouldn’t be completely against Suma, has done a great job with the state 18s showing he is a good development coach.

Pretty much a spot on analysis. It was only a matter of time for Ross Lyon to depart and i’m glad it’s happened. This definitely has Peter Bell all over it, in his short time in the role as Football manager he has already been very busy and it’s clear that he was the one most keen to move Ross Lyon on. It’s also clear that Steve Rosich was backing his man Lyon and this is what lead to the ‘difference of opinion’ that was mentioned by Dale Alcock.

Now the question is what next? I think this may well have just about confirmed Brad Hill and Ed Langdon’s exits, both were close with Lyon and now may well feel obliged to exit, but as with Neale last year Freo can turn these departures into something. Perhaps they have a real crack at Tim Kelly now and maybe Bell and whoever is the new senior coach (I’m on the Longmuir bandwagon) can twist his arm especially as there will be a fair bit of free salary available. Perhaps however we look to the draft, we are already set to net academy pick Liam Henry and another early pick could net us Devan Robertson as well. That at least could be the start of a new era.

Why not Sumich? JLo is my first choice and Brett Kirk is my second but I honestly wouldn’t be unhappy with Suma. The guy deserves a crack, has done a great job with the State 18s and has a good relationship with a lot of the players.

And this heritage is something I believe Freo have lost in the Rosich and Lyon tenure. Bringing Bell back, a Freo man through and through was one step back in the right direction and the next would be bringing Longmuir in as coach. These guys were at Freo in the early days when the club meant something, nowadays under Rosich it has felt like a soulless business, the jumper change, the move to Cockburn, changing the song, it hasn’t worked.

Well considering I watch every single game, am a 19 year member and speak for the majority of Fremantle fans who are happy with this decision then i’d have to disagree.

Or he will go into the media with his best mates Roosy and Kingy, i’ll certainly be tuning out and putting the ABC commentary on if that is the case.