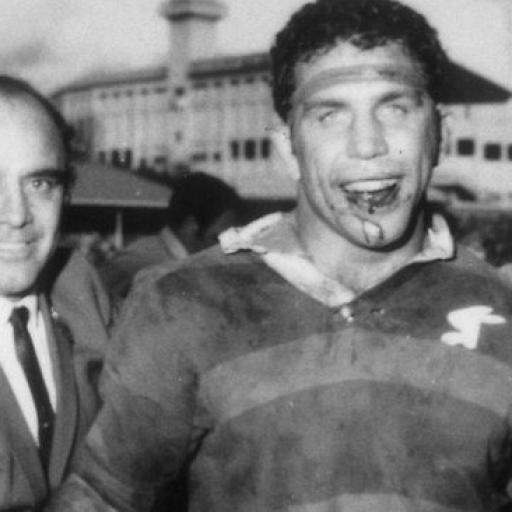 Agree – Jaxson Paulo on the right win, that’s his spot. Tass has been playing well in the centres and has been improving game by game.

Margaret Court better on and off the court. Serena ungracious in defeat, full of arrogance and tantrums, I will never forget her tantrum at the US Tennis Open Final in 2018 v Naomi Osaka, she was disgraceful.

Souths too good, and have been for the last 2 months now. The Murray – Cook combinations, and the Latrell- Walker combinations are scintillating to watch and when both are on song we score points for fun. Don’t underestimate Souths forwards who out played, out muscled. and convincingly won the physical battle against a normally formidable Eels forward pack. As for number 7. I wonder what happened to Kodi Nikorima, a talented player but has yet to find his groove at the Bunnies. Dean Hawkins did very well at 7 and I was impressed with his kicking game. Izaac Thompson also played well scoring his second try in only his second game. 5 tries to Nil, it could have been many more, but I really like the NIL.

That’s right steveng – Souths had about 8-9 “easy games in a row’ mid season which they ended up losing points to the Tigers, Dragons and Broncos at home. These 3 losses were unacceptable, but for they could have been in second position. Despite this I feel the Bunnies are coming home strongly (as they did l around this time last year). We have the team and the form to win all 4 of the remaining games , but I think we will lose one or two, I cant say which but I am hoping we beat Panthers and Roosters that would give us a great confidence boast. Go Bunnies.

President Biden called a 21 year old student a “lying dog-face pony soldier” when she asked Biden why he fared so poorly in the Iowa caucuses, where he came in fourth place. He still has his job.

Interviewing anyone after an emotionally charged game can be tough, many players, coaches after a game are still coming off the hype, adrenaline, anger, frustration of the last 80mins, it wasn’t the first time or the last time that a player/coach says something that they probably would regret later.

Another weekly occurrence of the Bunker officials having their eyes painted on and brain dis-engaged.

Rabbitohs scoring from all across the paddock. 8 tries from 7 players. Latrell nothing but awe-inspiring, with his 2 tries and 8 from 8 conversions. His first try was classic “GI” beast mode barging his way through anyone in his path. Cameron Murray must be up for Dally M Player of the Year. Izaac Thompson on debut also looked good, he looks like a hard guy to stop and scored a well- deserved try.

This is akin to Biden’s “lying dog-faced pony soldier” comment.

The Dybala unveil is incredible, thanks for sharing. I think Brisbane should have done the same for Adam Reynolds.

Geoff I agree with your assessment, I have the Raiders in the top 8, with Storm not making the 4. Manly out and probably the Roosters out.

NRL Power Rankings: Cowboys up, Broncos down and Ricky's Raiders in with a chance

Good summary Mike thanks. I feel for the Tigers as realistically they have won 2 games in a row (v Cowboys *count that as a win) and Broncos in Brisbane, Two tough games and the Tigers played some good footy.

I think the Raiders are coming together well and may make a good charge into the finals, their upcoming draw looks relatively easy compared to some of the teams just ahead of them.

Souths – probably could have won their game, taking nothing away from a good Sharks performance. As you said it should be a good lesson for Souths come finals time when there will be the need for a field goal. Somehow we know Latrell will nail it then.

NRL Power Rankings: Cowboys up, Broncos down and Ricky's Raiders in with a chance

Let’s face it the real sin is wearing a Manly jersey (pride or no pride), in this we should all unite regardless of religious persuasion or gender. 😂

'Advertising a sin': A Christian perspective on Manly's pride jersey

Souths can do it.

Last year’s GF defeat by 2 points will put them in the right mindset also noting Souths had beaten Panthers 2 weeks earlier in SF 1. So they believe they can. They have lost one, now need to win one. Most pundits would agree that if Latrell Mitchell was playing in the GF, they would have been 2021 Premiers. In 2022, I expect the senior players will stand up – Mitchell-Walker-Cook-T. Burgess -Arrow.

The team is playing with confidence and having fun, the last 10 weeks have just shown how players like Koloamatagi. Illias, Jaxton Paulo have risen in stature. They are all much better than were they were 4 months ago and getting better in each game. Don’t underestimate the impact of Kodi Nikorima who only joined the team a month back, he is looking better and more dangerous in each game.

With Campbell Graham back before finals, Alex Johnston breaking all try scoring records, and Latrell at his best it’s a good bet that Cam Murray will fire his team deep into the finals. and take the prize.

Can one of these three sides dethrone Penrith?

What would the Ukrainians think if the NRL players didn’t wear a Ukrainian flag on their jersey? It’s a senseless argument, no one should be forced to wear any colours apart from their club colours that they all individually signed up to.

Robinson spot on: What would Manly seven think if a teammate refused to wear a Pasifika themed jersey?

AJ a safe pair of hands, a top try scorer but also very good in defence and under the high ball. Surprised that he wasn’t picked in SOO given his consistently good performances over the years,

Tend to agree with you on this WB. As per Rabbitohs website / press “Mr Ellison is responsible for all on-field requirements of the Club including coaching, recruitment, retention, player development, pathways and NRL team management“. As he IS responsible for ALL such decisions, then he MUST take responsibility for the massive screw up on handling Reynolds, Gagai and AJ (Souths management basically told him to look elsewhere). Someone needs to be held accountable for such poor decisions and mismanagement.

Hi Glory Bound, always good to read your comments. The decision to punt Reynolds (and Gagai) would have been a committee decision, the CEO would no doubt have been part of that decision. so I don’t believe Solly is solely “responsible” but he would have been part of a committee that had it approved. It’s classic group think, in which people strive for consensus within a group. In many cases, people will set aside their own personal beliefs or adopt the opinion of the rest of the group. Perhaps there were members in the committee who were opposed to the Reynolds decision but they went along preferring to keep the peace rather than disrupt the uniformity of the crowd. The phenomenon can be problematic, as even well-intentioned people are prone to making irrational decisions in the face of overwhelming pressure from the group.

So the question is, someone must have had to put this forward as a option (ie to punt Reynolds)? The “who” lies partly in this link –

Given the above it was a most likely a committee with Solly, Ellison, Brock Schaefer, Wayne Bennett and maybe JD.

I’ll rule out JD and Brock (as they would have been ‘followers’ at the time and not wanting to upset the senior management they report to – classic group think).

I don’t think Wayne would have pushed too hard as he probably needed Reynold’s to be on his best during 2021 without distractions, and 2022 beyond was not his problem.

So that leaves Solly and Ellison. IMO Solly would not have been the guy to put this forward to the committee, it’s not his job to do this. It was Ellison’s job – Rabbitohs Website ” Mr Ellison is responsible for all on-field requirements of the Club including coaching, recruitment, retention, player development, pathways and NRL team management“.

The same “manager” of the player retention and team management had also tried to punt AJ, and shopped him around for half a season. Now we must be heading toward logical fallacy territory than group think.

Agree with the inept management and pathetic recruitment/retention committee… Ellison needs to go.

Wayne Bennett leaves clubs in tatters. Are Souths next?

AJ congrats. A true champion on and off the field. Good role model for Souths Juniors and young kids alike.

Campbell Graham has been the only consistently good performer for the Rabbitohs this year, he deserves a Blues jersey. Also putting Tupou as winger! Surely AJ is better and deserves that spot.

The usual Souths lethal left edge has been non-existent this year, the main reason is we are missing Gagai big time and we had NO Back Up plan. Management should hang their head in shame for letting Gagai go without having another decent centre as a alternative (and let’s not get started with Reynolds 😡 ),. The move to put Campbell Graham to left centre is a good one, but yesterday we didn’t exploit this, Milne is possibly best at right centre – unfortunately that’s all we have (unless JD has the balls to put Mitchell in at left centre). Jaxton Paulo is our safest choice right winger and should be put ahead of Milne and Mansour. He is tall and good at attacking and defending high balls. The upside of having a left edge as a WIP is that we have been scoring some good tries through the middle with Keon and Murray leading the way, and our right attack is getting some action.
Ilias is good, but he is green, he’ll become a good player but it’s wrong to compare him to Reynolds. It’s unfair to compare anyone to Reynolds. In our 114-year history Souths have never had a number 7 as good as Adam. He is the best 7 Souths have ever had. In 2022, Adam has proven to be the best 7 in the comp. No Reynolds, No Rabbitohs, when Adam fired we ALWAYS won. We have no Reynolds, so there is no Rabbitohs. (gross incompetence from Souths management here). It’s up to our senior players to step up, AJ has been awesome (despite the lack of ball going to the left), Cook and Walker seem to have stepped up, and when they do Souths are humming beautifully. Tatola, Tom, Arrow and Keon are all playing well. We showed this in the first half, but they put the cue in the rack at half time. We should have focussed on our D. Once it was 26-0 to Souths, Cummins & the bunker were keen on evening the game out a bit but we should not use that as an excuse.