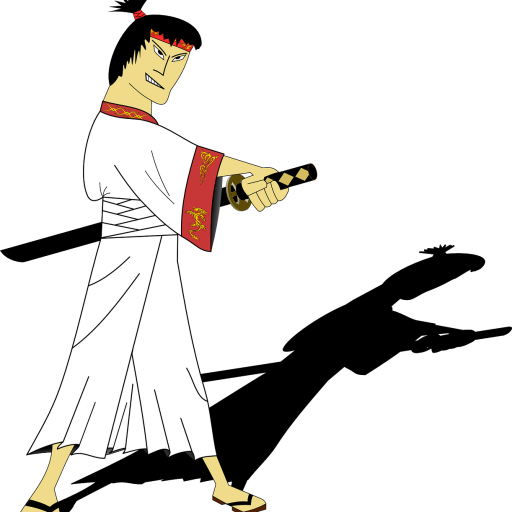 Aransan hasn't published any posts yet

My guess is that if you remove the appeal of an appeal then the judiciary would become involved. They should have rejected the appeal of the appeal and forced Carlton to take that route. Just imagine, Cripps is allowed to play the last two games while this is being decided, then if the AFL win in the courts he has to serve his two weeks suspension in the finals. That would be justice!

Cleared on a technicality. It appears we will need to have a QC in future as tribunal chairperson to ensure the legal niceties are met.

$300k for both Treloar and Grundy? I would rate Grundy at $800k for a club that wanted him.

Essendon have more half backs than they know what to do with, keeping Heppell will only hold back someone else’s development. Heppell would be good at a club early in their build, something like Luke Hodge. He has been offered a one year deal as reward for his past contributions to Essendon. Leaving Essendon for a new club would be a win for Essendon, Heppell, and his new club.

Some non-apologies have been offered along the lines of “sorry if you were offended”.

Ginnivan is a talented player who doesn’t need to manufacture free kicks near goal. This was always going to be an issue that the umpires would have to deal with. Ginnivan has got to get this out of his game, and if that means a spell in the VFL then that will be the way to go. Players are likely to respond strongly to opponents who they feel are effectively chaeting, and I am sure Essendon players had strong memories from their previous encounter.

Duckwood was generally recognised for his actions but it got to the point where it didn’t pay him to continue. Ginnivan has now reached the same stage. Yes, that should have been a free kick but Ginnivan obviously trying to draw attention to get it worked against him. There is a photograph of him in a Redman headlock, but he is on his knees! No doubt Essendon remembered Ginnivan’s manufactured frees from their previous encounter. Ginnivan is obviously a talented player, but he has to stop playing to the umpires. This article is most unfair on the actions of Redman.

The vilification of Jack Ginnivan

Essendon’s loss to West Coast was hardly a great upset. I expect a good game against Gold Coast on Sunday. We have nearly all become complacent about Covid, this virus could still wreak havoc in the remainder of the season. Young men without partners or exposure to children should be able to keep themselves safe, otherwise the risks are great.

If there is a bid in the first round we could match it. If we have pick 5 in the first round that would give us pick 23 or 24 in the second round and this might still be too high compared with Essendon’s rating of him. Live trading might solve the problem, for example Essendon used live trading to ensure they got Harrison Jones. If a player wants to go to Essendon they can give Dodoro valuable information as to who else might be interested in them.

Essendon defeated St Kilda, lost to West Coast and defeated Sydney in their last three games. I thought the game against West Coast was a danger game as their form had started to turn. Essendon lack big bodied midfielders. In their first game against Geelong, Stringer was absent and Langford went down early — this magnified the big body weakness and Essendon were soundly beaten. For most of the year Essendon have been lacking a big backman, in one game they countered this by playing Phillips as second ruck. Phillips went down early and the side became unbalanced. Essendon have a young side, they are learning to play a new game plan. At times they get found out, that is the price paid for inexperience which will only be overcome as the players get to play more games. Much of the criticism doesn’t take this into account and is best ignored.

It's not always about playing talent. It's also how you use it

I thought Davey Jr might be more of a second round pick which brings its own danger as a pick can’t be matched.

Never mind the draft pick, we need to win as many games as we can to be a destination club and to develop a good culture.

There are some forwards I could count on to kick goals when it mattered but Naughton isn’t one of them. The stats suggest he has improved and he needed to.

It looked awful at the time and was obviously painful. What is a capsule strain? Good luck to him, we want to see the best players playing, regardless of team. Off topic but how is Mason Cox going? He seemed to be going well in the ruck in the little of the match I saw, usually I just think of him negating his opponent which can be valuable in itself.

Two examples at Essendon are Hurley and Laverde, in both cases they were injury prone on the forward line but fine when moved back.

Most players are not natural goal kickers and with many it wouldn’t matter how much coaching they got in this regard. It seems to me that Daniher has never addressed his obvious deficiency, surely he could gain something with a good kicking coach and practice. Naughton would be the best back in the AFL if he was played there but forwards are harder to come by. He will never be a great kick for goal.

The Parker taunt was significant. The result was not the surprise that so many thought, the bookies gave Essendon a 30% chance of winning which was my own assessment. The arrogance of Sydney after their previous victory against Essendon ensured that they would be motivated for this contest.

You will get a chance to watch Stringer this afternoon. Observe his strength when used at centre bounces.

Essendon’s inexperience explains much of the uncompetitiveness. Playing 7 of the top 8 teams to start the season didn’t help either. The unavailability of big bodies in Stringer and Langford was telling.

McGrath’s greatest attribute is his leadership and why he was drafted at pick 1 in the first place. His leadership on the backline is very important. This facet of the game is seriously underrated.

A good analysis, I feel part of the problem is too much similarity in midfield players and the back six. I am impressed with Rutten as coach, he could do with another experienced assistant but football departments are pretty thin at present. Nick Martin will be an excellent midfielder just short of elite, Cox has been a big out. Essendon went very tall in the draft a couple of years ago but this group has been held up by Covid.

Good comment. Some of the “experts” would train Black Caviar for the Melbourne Cup. You wouldn’t need to be Peter Moody to predict the outcome.

I wouldn’t blame Stringer for the lack of defensive effort. His strength is his explosiveness, not his endurance and he can’t have both together. I was happy with his efforts and his match fitness will improve. Attempts to build his endurance will lead to more soft tissue injuries.

Stewart made a mistake in a decision taken in less than a second and he will pay for it.