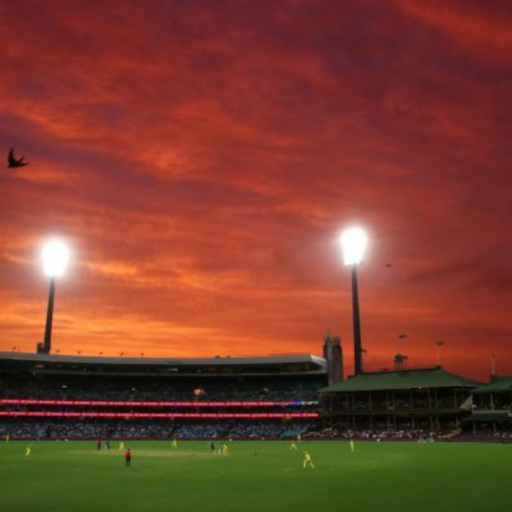 New Zealand showed their class with a smashing victory over India in the inaugural WTC final.

Two-match Test series are a bitter-sweet delight of the game of cricket.

2020 was, without doubt, a whirlwind of a year in all walks of life, but it certainly was lacking the amount of cricket many were craving.

I’ve heard Malan and Vince are on the radar.

I think this Indian test team has a lot of mental toughness, and this gives them the ability to be a very clutch team (except against New Zealand). England might be a bit rattled for now, lucky for them they have a week break to consolidate, and probably time to select different players.

When he got hundreds Pujara was very fluent as the innings went on. I remember his knock at Adelaide 2018, the team was in trouble. He started off very slow but by his hundred he was slashing 4s and even hit a couple 6s.

Now it seems like he can’t get into that second gear, meaning even if he faces 200 balls he’ll barely get 60. Considering he’s been getting out earlier than that lately, the times Puj faces that many balls he really needs to be cashing in.

Yeah I get that. Pujara just seems way out of form right now, he was never settled. The only way he could get runs was by striking at 20, mentally he seems rattled.
Long term India might need to consider other options instead.

In saying that if he got out early, England could’ve won by now. It was way too slow but I’ll take those 45 runs.

Yeah I think long term, those options of Gill and Shaw are likely. My knowledge of Indian first class cricket isn’t great, but it seems like all the promising batting talents are top order players,(Paddikal, Shaw, Gill, Gaikwad, Jaiswal etc). I guess to start off their careers they could play in the middle order.
Tsat mentions Sundar, I could see him being groomed to become more of a batting allrounder.
I agree Jadeja deserves an opportunity at 6, he’s been in fine form with the bat but often has to usher the tail rather than be able to convert to big scores.

Yeah it feels like Rahane always makes a score just when it seems like he should be dropped. They could try Agarwal at 3, but there’s still doubts around his technique. For Rahane, there is Vihari but he’s just as inconsistent. There is also Suryakumar Yadav, an interesting choice as he’s seen as an aggressive white ball batter.

India getting to a 240 lead? I think it’ll be quite difficult. I could see them being wrapped up with only 20 more runs added. Obviously it all depends on Rishabh Pant.

NZ named rotated squads for the tours of Bangladesh and Pakistan before the World Cup. Though they did this because they’ve bowed down to the BCCI and let their main players play IPL…

Moeen always does well against India, he will come in for sure. I imagine he can come in for Lawrence, and play as a genuine allrounder.

'Test cricket is very much alive and well': My takes from the first England-India Test

Starting team looks solid. You could argue having Inglis that low isn’t good for him, but at the top there isn’t room. Also at seven he’ll have license to swing hard straight away, similar to the way England have tried Liam Livingstone at number 7.
A couple personal preferences I have, I’d rather Jhye Richardson over Kane, and would try to have Daniel Sams in the squad.

The squad Australia should take to the T20 World Cup

I think it’s clear already, whoever bats better will win the series, or even just who doesn’t bat the worst.
England are getting carried by Root, who’s having a great 2021. Yet before this game he had gone 11 innings without a 50, his longest streak and the hundred was his first at home in three years. I feel if India get him early England will definitely struggle.
India desperately need their trembling trio – Pujara, Kohli, Rahane – to get going again. All three look rattled and uncomfortable at the crease. Once they click you get the sense India will be a level ahead of England. India aren’t always going to have their openers and tail scoring runs like they did in that first innings, which makes it even more necessary for the experienced guys to get in form.
Interesting point about Jadeja and Pant. It feels like when Pant comes in during a collapse he feels an extra need to play aggressively, as shown in that first innings and in the WTC final. He does have the skill to build up his innings shown at the Gabba and Ahmedabad this year. Jadjea meanwhile always seems to have a calm head with the bat; right now his bowling is just an added luxury. Maybe depending on the situation India should contemplate who comes in first.
I agree India’s bowling combination was spot on this test, but I do believe Ashwin has a part to play this series. The Lords pitch can vary sometimes, but certainly at the Oval and Old Trafford he should play. I wonder if India, and England, will rotate their quicks.

'Test cricket is very much alive and well': My takes from the first England-India Test

Interesting article. Before that BG series India had just lost to England at home, and since then they haven’t lost a single series at home.
Not exactly sure what the pre series jitters were like, but to be honest even if the changes you suggested were made it might not have made a huge difference. India had some great young talent (which makes up the core of their current team), mixed in with the experience of Tendulkar, Dhoni and Harbhajan.

They are flexible, which why someone like a Maxwell comes in at 3 if the openers have a big partnership. I just can’t see Smith providing adequate urgency/power hitting in the death overs. Having someone who’s hidden from such situations is not viable.
“Stay lower down if hitting’s required and guys like MM & Maxwell can provide that”. Marsh and Maxwell are out, coming in at 6 with a required rate of 11 with 4-8 overs to go, Steve Smith. Yep India, England, Windies etc are licking their lips.
The t20 side could function with one of Marnus and Smith, not both.

Yeah Smith at 5 is maybe fine.
I agree about 5 or 6 being tough, but the only solution is specialist finishers rather than dumping class players further down. That only works for England and even so Stokes isn’t that effective that late.
If Smith comes in after the 12th over, the opposition would be ecstatic.

I mean 130 strike rate doesn’t really back up the cause, Kohli’s strike rate is around 140 in t20Is and I’d still consider him an anchor. I’m just saying he’s a player that the team should bat around early rather than come in late. Normally at number 6 you’d face around 20 balls, I can’t see Smith racing away in that time frame. He might be able to work at number 5, especially with Australia’s recent nature of collapsing. I agree there is a problem that other than Maxi there’s no explosive hitters, so Aus might need to reassess their strategy.

Also a note on Rishabh Pant, he’s been quite poor at the t20 international level, his true nature would be more noticeable in his IPL numbers.

Smith 6?? Having an anchor at 6 is so pointless. Would rather try Daniel Sams or move Christian and Cummins one spot up. Stoinis is another option. I know he has struggled in the middle order to get going quickly, but when he clicks he’s one of Aus’s most destructive players. He showed finishing ability in NZ and the IPL.

I reckon it will be similar to the last home Ashes. Australia was coming off a tough 2017 and had suffered a series loss in the previous summer, but still cruised against the Poms, headlined by Steve Smith.

I feel bad for Alex Hales. Obviously he’s had his problems off the field, but surely he warrants selection with his solid domestic and t20 league performances, especially in these circumstances.

England’s series against India will be very important. They have issues to sort out and winning that series well would give them confidence going into the Ashes. If they meander around and are in a similar state to now then I agree they don’t have much hope going forward.
I agree with the other comments that Australia aren’t too hot now as well, but at home they still are a very strong team, India just puts up the most fight against them.

There was just one draft for one 15 man squad and using this an XI was made for each format. Ryan just has Wade opening the batting in ODIs.

Haha yes it was a draft, what early picks did you think were bizarre?

Yes spin will be key against the WI, and a good way to prepare for the World Cup, but quality over quantity is still key. Don’t forget if the spin isn’t good enough Pollard can hit 6 6s in the over 😁

Aussie selection wildcard that could cut down the West Indies

This is very true. However now days I’d actually say India are relatively bad players of spin. The likes of Kohli and Rahane struggled in the England series (though take it with a grain of salt because of the poor pitches). If Ashwin and co bowled to the Indian batting line-up they would look just as clueless as the Poms imo.

Test cricket's home and away bowlers

Yep that sounds pretty spot on. There will be a lot on Nathan Lyon’s shoulders in the next couple of years, with Australia touring Pakistan, Sri Lanka and India in the next cycle of the WTC, will be interesting to see how his Asian game has grown/changed.

One more question, where do you find these stats? On Howstat it says Lyon’s away averages is 31.26.

Test cricket's home and away bowlers