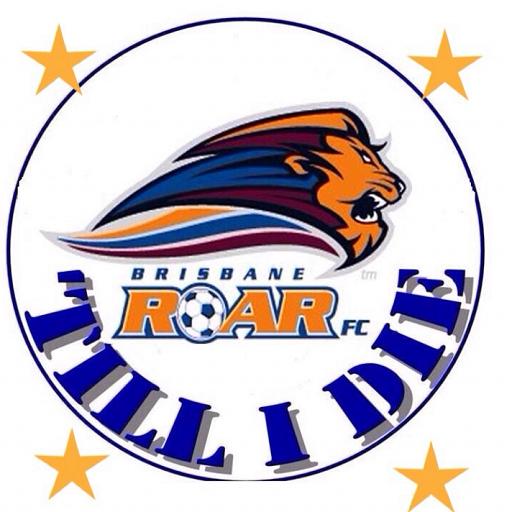 BennoFootball hasn't published any posts yet

I have and it’s NOT what you think + PHYSICS and CHEMISTRY are subjects I have Picked and Studied.
“ The Greatest Contributor to GREENHOUSE Gasses Is …. Water Vapour “
FORZA BRISBANE ROAR FOOTBALL CLUB!!!

CRAPPP!!!
This plant is in a Ice age period which should last approximately another 6,000years …. except that after that time The Antarctic will resume it’s Jungle appearance, just like it was during the Reign of the mighty Dinosaurs ????.
+ Thermal Coal is EXTREMELY NATURAL …. unlike Artificial Solar Panels and Wind Farms made by mankind. If We leave it ( Coal ) in the ground for say another million years …. we might be able to have Expensive Diamonds ????.
To all Football Supporters …. Have a Happy New Year!!!
FORZA BRISBANE ROAR FOOTBALL CLUB!!!

Problem is that Aerial Ping-pong and Rugby League base Much of their viewership on rather fluid figures ie… it’s funny that every time I’m in a Pub or public space, these sports, Hog the Screen space but as I look around, hardly anyone is actually watching …. Yes, wherever I go.
But estimates are made based on channels actually on …. I think that Foxtel have Massively Overpaid for both of these ( AP and RL ) sports to the point of Not really getting an adequate return.
How can Aerial Ping-pong and to a lesser degree Rugby League get almost as much for their TV Rights as The English Premier League Football, which is Truely WATCHED throughout Asia and the Rest of the Planet.
Ha, ha!!! …. Someone is getting RIPPED OFF and it isn’t The EPL Football, Ha, ha!!!
Anyway, have a good Day.
FORZA BRISBANE ROAR FOOTBALL CLUB!!!

Nemesis …. I’d still like Fox Sports to be involved with A-League Football ( I also have Optus Sports at home as well ).
But the people that run A-League Football have to be a hell of a lot BRAVER …. Stand up for Football in this country and start working at being BETTER!!!
Don’t be afraid of Competition, after all We ( Football ) are a competition.
Start Football in August or Start from our cooler Months and FIGHT to be Recognised.

If The FFA or A-League want to get an opening Round Record Football Attendance, the Most popular Football Clubs ie. MVFC, WSWFC, NUJFC and BRISBANE ROAR FOOTBALL CLUB should have Home games ( I didn’t select SFC, because they are Not playing at SFS, but at Tiny stadiums, at the moment ). These are the big clubs!!!
Enjoyed all five Games in R1 …. Great Football, Great Spectacle, Great to have Football Back Again!!!

Hi Lionheart,
Seems like I have a similar setup, Fetch Box & Foxtel TV, only difference is that I can Record on Both. With the Fetch Box I can Record via the EPG ( Electronic Program Guide ) or scroll keys by pressing the Red R button on the Remote.
As always …. C’on BRISBANE ROAR FOOTBALL CLUB!!!

Did anyone watch an EPL game live this weekend?

The ‘ Best ‘ and obviously the “WORST “ …. it’s The ONLY Aussie Rules Comp IN THE WORLD.
Well, maybe that makes it ‘ a One Bit ‘ competition, not a Two Bit one, like The A-League Football one, maybe???
But really:
A Strong BRISBANE ROAR FOOTBALL CLUB, means a Stronger A-League Football Competition!!!

Hi Fadida,
I’ve started calling it, for the last 20 or so years …. APL.
This is far More apt because The WORD Football was invented in England ie …. FOOT-Ball …. There is only One FOOTBALL.
So to my point, I call it APL …. Aeriel Pingpong League APL.
Thank you.

That has already been tried before, in past years in the 1980’s, to Use Football to advance The ParraRL Club …. in the end The Football Side of the RL Club was left without guidance, resources and eventually folded.
WSWFC did the right thing to go it alone, but I think it’s absolutely disgusting that the Redevelopment of the Stadium in The West of Sydney is ONLY because of The Football Club ie… WSWFC has made it Possible and Not getting the Recognition the WSW Football Club Deserves.
I’m a BRISBANE ROAR FOOTBALL CLUB Supporter!!!

You mean SUCCERoos!!!
Let’s get RID OF that Poxy Nickname,
Let’s Make it something like:
FOOTBALLroos???
Succeroos is a throwback from our Dark Days in Football …. as Johnny WARREN Said:
“ WE ARE FOOTBALL “