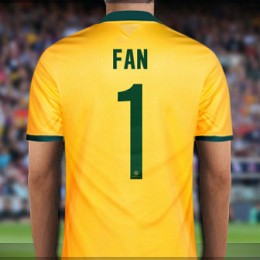 I am far from the biggest A-League fan, so with another season completed, I got thinking: am I the type that Football Federation Australia (FFA) need to work hard to win back?

NRL draft: A backwards step for the greatest game

Many NRL followers would have heard the talk this weekend about the potential introduction of a youth-player draft for season 2016 and beyond. 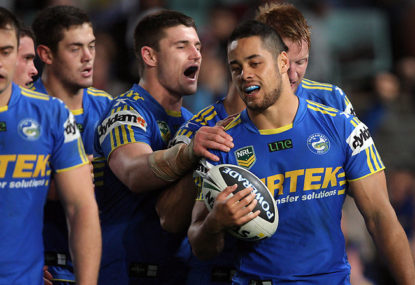 NRL draft: A backwards step for the greatest game

ICC: We are too big for the Commonwealth Games

At first glance, the ICC’s decision to decline an invitation to play a tournament at the 2018 Commonwealth Games on the Gold Coast is a step back in the global development of the game, especially considering the main motive is the clash with the Indian Premier League. 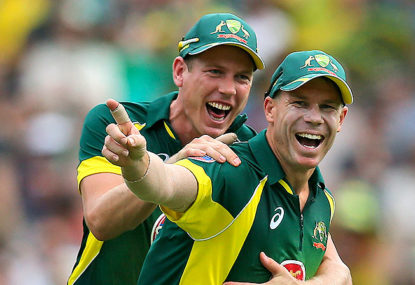 ICC: We are too big for the Commonwealth Games

With Australian cricket’s drawn-out summer finally coming to a conclusion, it’s the perfect time to recap Michael Clarke’s first year in charge of the Baggy Greens. 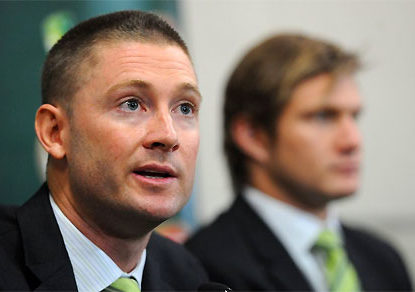 Where will your NRL team finish in 2012?

Most of the time when rugby league experts try to guess each team’s ladder position at the beginning of the year they end up looking like amateurs. Given my amateur footy status I am happy to have a crack. 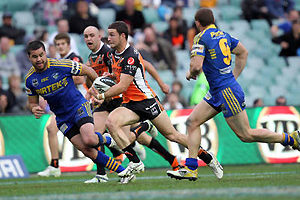 Where will your NRL team finish in 2012?

Cricket squad goes back to the future - but where is Haddin?

Yesterday a new squad was picked for the Australian side for their next two One Day Internationals in Sydney and Brisbane. With captain Michael Clarke listed as injured with a hamstring strain for his home town match in Sydney on Friday it has provided some interesting talking points.

Cricket squad goes back to the future - but where is Haddin?

I can’t say I hated the idea of the Knights, wearing a mining themed strip, given the area’s background and if everyone is that concerned with heritage, the Newcastle area has a much longer mining heritage than Newcastle Knights one. But yes of course it wouldn’t have happened if it wasn’t for the sponsorship dollar, and it most definitely shouldn’t have happened against the Tigers!

Aside from the Knights, the allowance of 5 different Jersey’s for teams that play 24 games, plus a nines tournament is ridiculous. We have seen way too many tacky, foul, disgraceful and over the top attempts at ‘special designs’ for certain rounds, a lot of which is plays on the Rugby League fans ‘inner bogan’ with flashy designs or camouflage, and they look bloody horrible, e.g. Manly camo, Bulldogs women in league, Warriors every second weekend etc.

As people have said about asking 10,000 people what Liverpool, Man U or the All Blacks wear and getting the same answer, branding is just as valuable as re-selling jerseys every year. But it is interesting to note, Man U and LFC change their jersey every year as well, and also will have 3 strips for the season. Home, Away and a Third (Usually a European comp jersey – not for Manchester this year though). However, even though they change the Jersey every year everyone knows they wear red and only minor superficial changes are made, often to collars, slight patterning or trim. The Same goes for Chelsea, Bayern Munich, Barcelona, Real and Athletico, who all wear simple designs but change every year without moving away from their traditions – when it comes to jerseys – LESS IS MORE!

Also if anyone noted the AFL Indigenous round this year, all 18 clubs wore a special strip for the same round, when a blanket rule is enforced it looks a lot classier and less tacky than a motley attempt like only the home teams doing ‘women in league jerseys’ and then the other half of teams doing the following round – it is all over the shop – weather it is pink socks, pink jerseys, or heritage jerseys, ALL or NONE wear them the same round!

Moral of my Two Cents is, 3 strips for the season is plenty, (with one round of pink/yellow/whatever coloured socks), every team has to do it for the same round, and changes can be made for the purposes of revenue without ruining tradition.

Former WA quick Brett Dorey is listed at 2.03m or 6 feet 8 inches in the old money is up there. He played a few ODIs for Australia in early 2006 without much success – I think Aussie cricket fans were a bit dissapointed when he didn’t bowl at 145 km/h plus with his height instead it was more about using his height to create bounce as well.

Mirror, mirror on the wall, who’s the tallest fast bowler of them all?

Surely Adam Gilchrist would keep in your team Kersi? He isn’t on the list because he obvioulsy hasn’t taken 50 wickets but defintely does qualify as the few balls he has bowled in first class cricket were right handed and he writes right handed as well. Other ones I haven’t seen mentioned but haven’t taken 50 test wickets are Matthew Hayden and Justin Langer, both bolwed and threw right handed.

Interstingly enough, Samit Patel who is currently making his test debut for England, bats right handed, bowls left arm othodox spin and throws in from the field right handed – I nearly fell off my chair when I saw it – very bizzarre. On a similar note recent Australian debutant George Bailey who both bats and throws right handed, has been throwing left handed a lot in the field in state games due to a shoulder injury, I actually think he got a direct hit run out at the end of the year – that is definitely heading into ambidextrous territory.

Outside of cricket an interesting one is Rafael Nadal, who does everything but play tennis right handed, because his uncle coached him to play left handed at a young age because he thought it was advantageous!