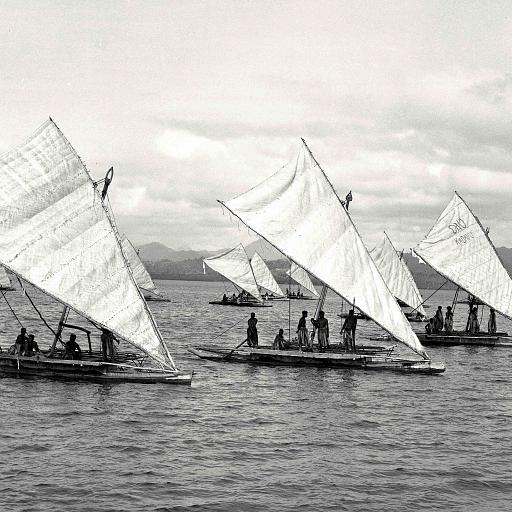 BrewsterBandit hasn't published any posts yet

Yep saw DMac as a 10 who can also excel at 15. Had he spent a few good seasons at 10 he might be sooo much better by now. Hope he is able to grow his game here. He is just too small (not just cos he is physically small, he also plays small) to be the last line of defense, especially the way teams are bombing to their wings at the corner posts.

I’d love to see Petaia start at 13 with Paisami off the bench in the 12 slot. This would give Petaia more time to find his groove, and Paisami would just blow stuff up from being kept on the bench, which would open things up even more for Petaia. Just a thought.

The Wrap: Super Rugby AU and Aotearoa anxiously hovering on the bubble

Wonderful skill base. Hope he can stay as injury free as possible.

Why Jim McKay is the best attack coach in Australian rugby

Yeah Id like to see a bit more from him defensively.

Why Jim McKay is the best attack coach in Australian rugby

Yes Geoff, in the beginning there may be concern about “where the players will come from,” but when you consider that the Drua won the NRC, and that one of the biggest problem for the Blues franchise is that its talent base is soo massive that they have become very lazy, routinely loosing excellent players to league, other provincial unions, and abroad, I personally feel that this won’t be the issue most seem to think. A bigger concern for me is the coaching and administration. They will need good coaching and proper administration along with good facilities. Island rugby has the raw material (players), they just need access, proper systems/governance, and coaching. Well, in my opinion at least.

“Nick is WELSH! Which is NOT English.”

NV I think its about giving Pacific Island Unions the ability to participate. All island nationals, providing they are good enough and haven’t taken more lucrative offers from France or the UK, would be eligible. There is no race/ethnicity hurdle. Just a passport hurdle, and failing that do you have any other ties to the islands in question. I also think there may be cases where they would consider players who can fill a need, with understudies in place to replace them when ready.

A bit late to the party but, what was this about a Pacific Island race/ethnicity based side? My understanding is that having an “island” based team in Auckland (or Sydney, or Hawaii, etc.) is about giving Pacific island rugby nations a pathway to get players involved in super rugby. Wouldn’t this mean that “White/Euro” Pacific nationals also be considered? Er, I think they would. Fiji has had a few “white” locals play for the national team, Max Olsen, Dan Rouse, Jason McKlelan, etc. and just as many “white” players with ties to Fiji like Greg Smith, Nicky Little, Richard Nyholt, etc. It’s about giving Island nations genuine pathways for their players, whatever their ethnicity.

Yeah bullys don’t like getting it back haha. You see him and Faf go at it? Faf stood up to him all game and he came off much the poorer for it. Loved that mini-battle between em. Made the final more interesting. Faf for President!!! ????
And thanks for the great work Harry! Really look forward to your articles!

How masterful was Itoje's masterpiece? The semi-final win over New Zealand

Hahahaha whatevers. Cos NZ are the only ones asking for a fair share of the gate…Er no – Pacific Island nations have also been asking and they are in dire need but have been similarly pushed aside.

Im not sure. Crotty was very good and wasn’t a mountain of a man. I also think players like Horan, Gitau, Walter Little, Thiery Lacroix, Carling, Guscot, De Wet Barry, Kaffer, Contepomi, Hennie le Roux, Mike Catt etc..would be as good today as in their day. None of these were huge physically, but they would definitely be carving up today…

England playing so few matches in NZ may also have something to do with them keeping the gate takings when they play in England…..

Also helps having LT around. 😉

Yeah mate thought that may be the case. JF was a beast!

ALB plays both well, and for mine is the best midfield distributor in NZ by a fair margin. JG has been wanting this year too. Run over by both Laumape and PUJ a number of times, even saw Paisami and Hodge do the same. Enor and Ioane are the same in my opinion. Weakened by their amazing physical gifts. THey didnt learn how to properly play centre, and cost their sides tries on both sides of the ball.

Yes, lots and lots of injury free time to grow in to it.

Jacque Fourie also needs to be in the convo. In fact, he would be my pick. Dreadfully underrated. was a Springbok 2003–2014, and very handy with it.

ALB’s introduction to test rugby was at 13 no? And he was very handy indeed, his play reading and passing game remind me very much of a young Walter Little or Lee Stensness. He has since taken a more direct approach to meet the needs of the Chiefs at 12, and this has given AB selectors more choice. I also seem to remember that under Hansen ALB was moved to cover 12 (whenever Crotty was unavailable) because Goodhue was seen by many as the next great AB 13, largely on the back of what was said to be a excellent defensive game, and supported by good ball security. But over time Goodhues defense has not lived up to expectations. On the positive side of the ledger, Goodhue takes a tackle rather than give the ball to someone in a worse position, and his kicking game has come along well at super rugby level. I think Perter Umaga Jensen is an exciting prospect at 13 for the AB’s. Much more than Ioane or any one else. He is a genuine centre (13). Tidy footwork, powerful running, excellent balance and vision, superb running lines, safe hands and passing, accurate and decisive defense, and he is always switched on (no snooze button). On top of all that, he is also good at the ruck. I am very interested to see how he goes in next years super rugby comp. Also looking forward to seeing how his brother does. Apparently he is bigger than PUJ and also plays in the centres….

Yeah mate ill give you all that, but there was a spell when, for me THor was on balance better. Did fewer things but was the best at doing them (and dominated games), and didnt give away penalties.

Kaino and Dusatoir were the best players that RWC, IMO. They were simply immense. And McCaw was playing on a broken foot. Jeez these three were special that year!

Read had a year or two where he was a bit of a problem for the Blacks, i.e. penalty magnet decision making (oddly). For example at the 2015 RWC he made many bad plays. So on balance Thor may have been better. I certainly would have picked him in his prime over Read. Though Reads defensive intensity and accuracy is outstanding. Right up there with Kaino and Smith (Juan), Smith (George), Betsen, Dusattoir, Hill, etc. And his athleticism meant that he was applying that all over the park.

Kaino was the best 6 (I also really liked Juan Smith, Brusso, and Elsom for late 2000’s to 2010’s! Vermuelen, Faletau, and Read were much better 8s than Parrise!