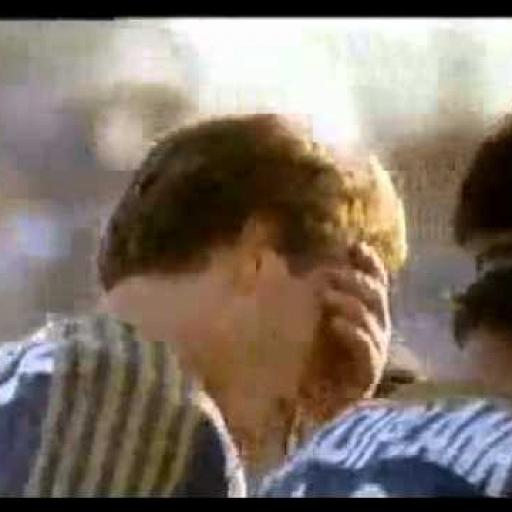 Garbage, Arrow new he was hurt and tried to make sure. They’re “professionals”.
There was 2 sets of rules on that field tonight.One that governed NSW and the other that Queensland do what ever it wanted.

Was this a dog act by Jai Arrow on a concussed James Tedesco?

He’s not right as hey had the best 6 in the game plus the Aus 7 and the 2 best middle forwards in the game.
How ever they still needed a sold performance from the ref to get them over the line. Every single call went their way and at really really critical times it was like the ref was only watching one side. Makes for a s*** product. The NRL needs to invest in ref training so they can do their job properly.

Thats what I said 😉

What a load of hog wash.
The reason Parra didn’t progress to the business end this year is that our bench is not up to the level of the other serious contenders. When our best starting 13 is on the field we can dominate and be on top of any team in the comp. … But … Eventually the bench comes into play. When any combination of these guys Gower, Evens, Terepo, Taka, Davey and Ray Stone are out there the quality of play nose dives. We leak points, don’t complete sets and generally lose “momentum”. I really like all those players and a few of them have been excellent over the years and all have had good moments in the blue and gold but outside of an emergency none of them would make the 17 for any of the this years top 6.
In some ways Marata Niukore was a bigger loss for this game than Fergo and Sivo. As he’s the only play we have that can come of the bench and provide some impact.

Until Parra has a bench like Penrith, Raiders, Storms, Rooters and even the Rabbitohs… We’ll struggle to win a premiership.

Pass was forward and the better team won despite all the calls that went against Parra.

I disagree with you here I think Munster at full back will be good for NSW as it means they’ll play Norman at either center or half. As a NSW fan I really hope they put him in the centers…
If they make Munster fullback I hope they can try to rattle him a bit with lots of high balls and some heavy defence really encourage the brain snap which is always just below the surface with this guy.

I really hope Sims gets suspended…
Pretty unbelievable decision, but then again that’s becoming Freddie’s trademark.
Being able to start with Saifiti and Klemmer and then bring Vaughn into game and use Finucane to give Klemmer a spell either side of the half… Beggers belief that you would choose to not have one off, if not the most dominant prop in the comp in your team.

He should’ve been binned for that and it probably would’ve / should’ve lost us the game.
He has some real good aspects to his game but overall I think he’s a liability for Parra. He always seems to be Jonny on the spot for a momentum shifting stupid penalty or knock on on tackle one.
I think they need to be looking around for a new big boned mobile middle forward to replace him.

Yes and I also can’t believe people aren’t mentioning whale songs and gum boot design and who isn’t suspicious that the PC crowd are “forgetting” to mention the air speed of unladen African swallows… typical.

Good comment. I doubt most christians even read the bible and the ones that do cherry pick the bits that they think justify what ever take their particular type of christianity is.
Folau is a jerk and Rugby is better off with out him.
I wonder how many of the dingbats crying about Folau’s in-humane treatment also want to “Ban the Burqa” and criminalise halal snack packs…

Come on, has to be Keary!
He’s the best half NSW has Cleary has not been good and his injury is a blessing in disguise for NSW. Keary like Maloney is a winner, he’s won premierships for Souths and Roosters and until his injury was the best half in the competition… Should not even be a debate.

Tough one because 10 in the bin may have been a better outcome for QLD…
This was however with out a doubt a penalty try. If Wighton hadn’t checked Chambers run, he scores for sure.
The question is how to best deal with this scenario and the answer is IMO 8 point tries. If it’s a penalty try there needs to be an actual penalty for the foul play. Just make the try an automatic 8 points (no conversions) and kick off from the 20m line.
The 10 should be used as it generally is. It’s too much to award a try, and then also send a player from the field as some people are suggesting.
They shouldn’t be gun shy about awarding either… it’s not a murder trial. Benefit of the doubt should go to the attacking player.