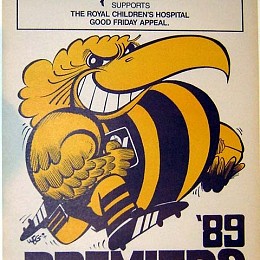 A Hawthorn supporter from birth, where it’s said one of my first words was 'Buckenara’, where the clubs tribulations of the 90’s and the playground taunts formed the man I am today. An avid Union fan since 2003, and now Rebels fan, but still a lot to learn of the game, and an Australian approach to cricket.

Chancho hasn't published any posts yet

It’s an interesting one, but you would imagine it’s covered by force majeure clauses, and practically all commercial contracts have one, especially one as big as the AFLs broadcast agreement. Thing is, this is a bit of a catch all, and these haven’t been triggered yet, well our experience here in the UK is still that way, so it’s hard to see where they go. And while there’s the hard-and-fast agreement, there will be room to move in this and negotiate a position depending on the strength of the counterparts; in this case both parties want the games to go ahead, but it’s the AFL whose needs for cash should see them as having the weaker hand.

What's in the contract?

I just watched the first of the 2017 Showdowns, and Cameron had a great game (in fact, it’s a great game to re watch if you can), and your comment made me think of his departure… I know he requested a trade back home, so that’s not down to the Crows giving him up, but I recall reading that Pyke wasn’t too complementary when he left, and it was one of those things that’s really spurred Cameron on… so yeah, some trades were poor but not just that, they didn’t handle players too well either.

I’m inclined to agree on the Hill/O’Meara trade; and Hill winning a B&F is what clinches it for me… but I just had a look, they both had the same output: O’Meara has played 49 games for the Hawks and averaged 24.4 disposals per game, and Hill played 54, averaging 23.6 disposals/game… I always had the feeling that O’Meara missed a lot of games at the start with the Hawks, but seems it wasn’t as much as I thought.

Matthew Primus is worth a mention too

Just on the 2000 Olympics, I remember the build-up was so negative in terms of being underprepared etc… but as soon as the Opening Ceremony started, that was a real inflection point and the mood completely changed, maybe it was the themes, or the uniforms, it all felt so wonderfully Australian and, to me at least, didn’t feel over-egged. I was lucky enough to be living in London for 2012 and it was the same thing, and it’s hard as an Australian to pump up the Poms, but that ‘Super Saturday’ was an amazing atmosphere to be in.

ha, will do Maverick

Hey Hamish, I’m with you on the general sentiment that I don’t think player contracts should be in the public domain. I don’t think there’s any need for it and it doesn’t add anything meaningful to the industry.

But further to that, there’s so much manipulation to achieve parity within the league, I think clubs should be able to maintain any remaining competitive avenues. I’m thinking of a clubs who have approached a negotiation in a unique way where others can ‘copy’.

But more to that, where does it end? Do all contracts clubs sign have to become public knowledge?

yep, throw in a Tassie side and Hawks are in a bit of trouble… Clarko might have to start selling the Big Issue to make ends meet

Can we quit using the war analogies?

AFL should be a saviour, not a victim in difficult times

My issue with Leigh’s comments is his naivety of how negotiations go. This ‘disgustingly embarrassed’ comment might work for a headline in the Herald Sun, but there’s do much more that goes into it. The players and their association need to provide resistance to the AFL for their position to remain relevant.

spot on – the Sharks try at around the 15 minute mark was a classic case of this. Have a look at the replay, Reds were a man down from where the maul started on the 22, Wright was hanging about until the 5 m line, and even then when he did commit he was spun off straight away.

Having said all that, the Jock JOC Speight try was really pretty

I’m with you, there’s a lot to like about this Port side, and if they can get AO back to being the ‘portress’ as they did a couple of seasons ago, they’ll be pretty exciting to watch too.

I think you’re right about the forward line; there were a lot of games last season where they lost, but had as many scoring opportunities as their opponent. But I guess it’s not great when Rozee is your leading goal scorer with only 29.

And I’m a fan of Jonas too, he’s a workhorse and I’m glad he’s been made the captain

What? You’re saying that the side with the third lowest points against tally for two-years running needs to find a defence?

Interesting article, and from my Hawks perspective, you can’t go past Buddy. But one name that did come to mind was Josh Kennedy… in the long run going to Sydney was better for him than staying at the Hawks, but he’d have been quite handy to have around.

This article did make me think of a reversal of the question: “which player would have wanted to stay” and Brett Deledio comes straight to mind

That’s far too punitive. Which would only be at the expense of clubs being able to put on entertaining footy and the AFL negotiating better broadcast agreements in the future

but… who gives a toss about these medals?

It’s a bit like the Brownlow for me. The AFL implement all these random changes, and then the umpiring of those rules is so pathetic; entrusting the nomination of the fairest and best in their view is meaningless.

Technically speaking, GWS were embarrassed in a grand final, whereas Essendon weren’t… so there’s that

I think that’s the point with them isn’t it; player vs player stats… I’m guessing the Champion Data stuff’s intended audience is the fantasy football people and not for the regular fans of the game who are keen to see how their team compare to the rest of the comp

Does North really have the second best midfielders in the league?

There’s been a lot of talk about Merrett lifting after having the leadership role taken away from him: do you reckon there’s much in that?

You might have a bit of a point there, I’m sure Furbank would be glad to have his debut behind him… but I wonder how much of the Sarries situation is having an effect? There were a couple of uncustomary handling errors from Farrell and Itoje had a bit of a shocker too. I also thought losing Tuilagi early didn’t help either.

But France played so well, there were a couple of defensive efforts on the try line that showed real grit, and a couple of times there where they pushed England back.

On the refereeing, don’t get me started… why do all feed-ins at the scrum go under the chest of the flanker and not in the tunnel? Why do none of the ruck infringement get called in anything but an arbitrary way? Why are numbers/channels/throw-ins at the line-out properly policed…

I disagree with your definition of pay… you can pay someone a visit… and it pays to keep on the good side of some people… it is not exclusive to money.

I certainly agree with your full home and away comment though, but it’s not easy when grounds, especially the MCG, are shared with cricket.

A Briton's perspective on the problems plaguing AFL