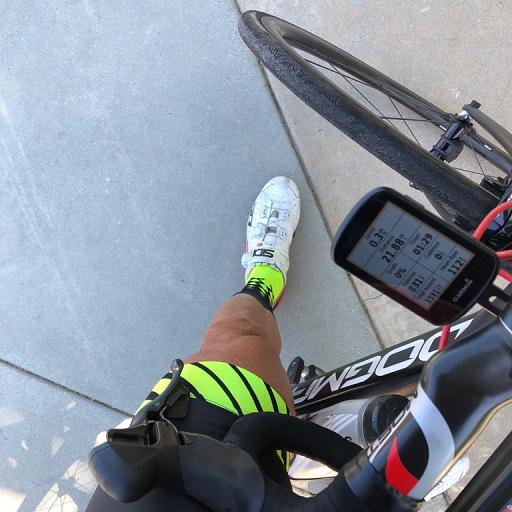 An expatriate Argie to the USA who started playing at the very tender age of 9 in an Irish School in Buenos Aires. He then played club rugby in Argentina. After moving to the USA, he played for his business school and some local clubs. Occasionally helped train skills and also refereed. His interest in writing about rugby came after meeting Graham Henry in New York City. He is most interested in the leadership issues dealing with team function.

Sunday morning, my wife and I went on a bicycle ride around where we live. She had been travelling and busy at work so we limited the ride to around 30 miles.

The continuous conflict in Argentine rugby

What are Argentineans? What is Argentine rugby? To paraphrase an old friend of mine from the UK, they are an enigma inside a conundrum inside a Gordian knot. Inscrutable. Once you think you get to know them, they show a new angle. 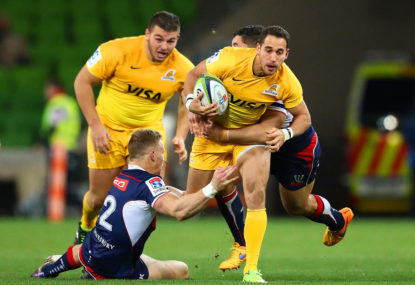 The continuous conflict in Argentine rugby

A view of racism in sports

A view of racism in sports

My dad wasn’t an openly religious man. Like almost everything about him, he was private about his faith. 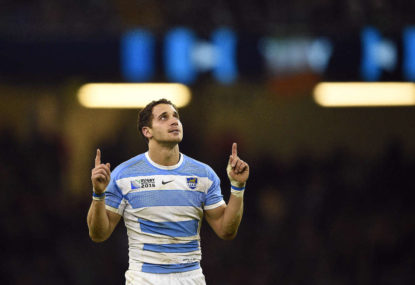 My rugby weekend in Chicago

I attended what USA Rugby called ‘The Rugby Weekend’ in Chicago to watch the New Zealand Maoris play the USA and the All Blacks play Ireland. 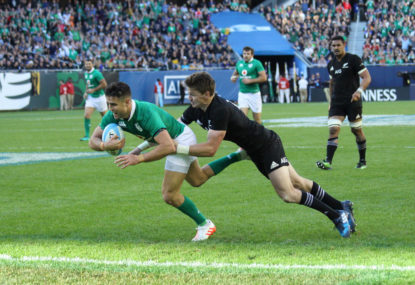 My rugby weekend in Chicago

NZ Maori vs USA: As it happened

This is a story of two halves. I sat in the press box for the first half, and my official and lovely photographer was on the field.

NZ Maori vs USA: As it happened

Angel Guastella, the greatest Puma of all time

It is with profound sadness that I write about the passing of the greatest rugby teacher from Argentina, Angel “Papuchi” Guastella, last night in Tucumán at the age of 85.

Angel Guastella, the greatest Puma of all time

The three top Pumas of all time

A post by Frank O’Keeffe about the top rugby players made me reminisce of some of the Pumas of my time.

The three top Pumas of all time

Rugby in Argentina: How to understand the Jaguares and Pumas

This week, Harry Jones wrote about the Jaguares and his disappointment at their performance in this, their first year of Super Rugby.

Rugby in Argentina: How to understand the Jaguares and Pumas

It is amazing how many people explain the “bajada” without really understanding it. Even brilliant and classy people. People you respect a lot!

I used to play left side flanker when I was 18 and 19. The LHP prop was a great friend of mine, Pablo. He was a beast. He was short, not big, had a neck wider than his head. Ferocious personality. Strong despite the fact he probably weighed 80 kilos. We would combine to lift opposing props then. It was legal at the time. You could see the faces of terror and frustration on the opposing packs when he had the mean smile. I still don’t know exactly the details, or forgot, on how we combined to do it. But it worked a lot!

But then was then, now is now.

The dangerous scrum behaviour rugby must work harder to outlaw

You are just wrong. Just plain wrong. You are confusing probabilities with actual counts. Basically, people like you are making the pandemic worse.
Close to 50% of new infections in the US are transmitted by people that are asymptomatic.
I a not going to get involved with ignorant people like you. I vaguely remember you in the past posting something else pretty stupid.

Tell Nick Bishop. When I complained about lifting a few weeks ago, he answered that it was domination….

I despise lifting in the scrum.

The dangerous scrum behaviour rugby must work harder to outlaw

Our local hospital has a tent in front of the ER to treat patients as the ER and ICU are full. The hospital is full. There is a huge refrigerator truck in front used to keep bodies as the hospitals morgue is full.
This is 20 miles from downtown Los Angeles.
There you are “comrade”.

And when will Black English players get offended that the Lilly white Twickenham fans sing the slave hymn Swing Low to them….
Oh, wait.
Ugo Monye, where are you? Offended by Matera? Look up.

And Felipe is a graduate of Cardinal Newman school, also of Irish origin.

In 1966, my parents transferred me to a new school that was just starting. I was the second kid registering. I started fourth grade at St Brendan’s College in Buenos Aires. Founded by a former Irish priest. This was when I started playing rugby. As an 8 year old. The school eventually separated us into “houses”. Mine was Munster. But Mr Scanlan must have been a bit confused as our Munster was blue, Leinster was green, Ulster was red and Connacht was yellow. What a surprise to find out that Munster’s colors were not blue!

By the way, I learned that St Brendan discovered America, to sing Molly Malone and When Irish Eyes are Happy….

There are no more Jaguares at home to sign. Maybe one.

Jones is a full blown traitor. The scum of the earth!
😛

The peasants or pheasants?

I never doubted your process or objectivity. I get impatient with the lazy keyboard attackers.

Well, then the ones remaining skinny…
😂

Old loosies all end up playing in the backs. At least the good ones.

I am really tired of people accusing Harry of bias or pretending that their objectivity is better than Harry’s objectivity. The process to “validate” a measurement system is very awkward and I am sure that nobody is going to do so.

First, you have to describe precisely how you grade each event. What is a positive, a neutral and a negative. You then have to show only clips of those players and make sure that many observers rate them the same way, or that the variance between measurements is very low. Or train them on how to rate.

You then have to measure and re measure the same game to insure that you get a similar grade. Test-retest.

You then need to get multiple observers to do the same measure ONCE they all reach the same points on a clip based training. You compare the results of the “neutral” observers with the biased observers. If there is limited difference, this is good. If you have major disagreements, you have a problem. For example, Harry and 3 or 4 other SH people and Neil Back and three of his friends to rate MI. If the measurement system is well designed, then both groups will reach extremely similar scores. Between testers.

Ideally, you only provide all the clips in random order of a game to multiple observers who have been properly trained on how to score and then average the group score (as long s there is limited variance). You cannot blind the game as everyone knows who is playing, but you may request that the testers remain blinded to the score.

You can make it even more rigorous.

In the meantime, stop whining at Harry and take at least his grading as close to validated as possible.

What I am explaining is usually done for all measurements in medical studies. I can go deep into this but I promise, it is very boring (unless you are a stat nerd).

So, Harry, well done again. Kudos to your efforts. As I said the first time you posted this, you are being systematic and consistent. It is not purely statistical but clear in tendencies and patterns. If anyone wants to do this themselves, follow the guidelines…

Hey, you made it to an Argie site! The Roar and your article were referred to in aplenorugby.com!

So you are suggesting ganja to prevent concussions?

Even though these times are pretty hard (on me), I do look back and realize how lucky I was to be in so many different exciting situations.

I do hope to go back and start again to live an interesting life. Times, they are a-changing.

Piru, this is a very recent review. Just go to the section of cannabinoids. You will see the clinical results are not very favorable (yet):
https://www.ncbi.nlm.nih.gov/pmc/articles/PMC7601301/

If that’s the case, why did you use a rat study?

Ok, next time you whack a rat on it’s head give it some ganja to smoke. Although I must say some people behave like rats…

Though I agree with you about refereeing at elite levels, my role with the less than talented is more educational than judgemental. I do try to help them play but I also do warn them strongly that my role is not of coaching or teaching.