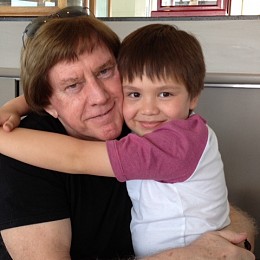 Totally obsessed with rugby. Go the All Blacks

But Sheek, without rugby what is there to watch?

15 to 25 years is still a long time. Why not come up with some thoughts on how to make rugby better for the troops that follow us. I’m sure The Roar Crowd would jump in with their thoughts.

BTW, I’m not too impressed with all the int’l governance either although I’m sure they try.

Wow! Excellent article Geoff. I’ve just read 309 comments, some pretty long but most on the point. Loved the passion.

What’s clear is that Roarers get the issue and we don’t need advice from outside our pocket.

What we need is for Tony to put together a panel of Roar Experts like for example Geoff, Digger, Harry and Brett, add 2 or 3 reps from The Crowd including say peterk and we’d establish a Commission and sort out the perceived weaknesses in Aust rugby like Bob’s your uncle.

Pretty soon we’d achieve our stated objectives and get back enthusiastic crowds of 100,000 watching big rugby in Australia while at the same time ensuring the foundations are in place for the WBs to win the RWC in 2027.

The message coming out of NZ is why would Fossie do that? Razor is a competitor of Fossie.

My answer is what’s best for NZ Rugby and the ABs given Joe didn’t want to do it?

You would have thought they could have brought in Razor to help with the Ireland series since the remaining AB assistant coaches were mostly ex-Crusaders people anyway. Surely Joe didn’t want to coach this series against his previous team.

I think they weren’t fired but went through a competitive process at the end of their terms. But I may be wrong.

Hi MK, I think Razor’s dyslexic, is that what you’re referring to? He seems to be dealing with it like a champ.

Peter, we want to have our cake and eat it too.

When you list them out like that you have to give him credit. But much of the re-setting was done by Castle and carried on by McLennan.

It seems hard to see any benefit to Aus rugby in picking a fight with NZR. I can recall when the WBs played the ABs in Aus some years ago, crowds of 80,000/100,000 attended. He needs to get that back.

He needs to win over the Aus public by presenting a public face everyone can be proud of.

It’s pretty hard to think what more could he do to be ABs Head Coach. His record speaks for itself. Whether NZR is in that space though is not clear. But he has to wait his turn as the position is already filled. Let’s see how Foster goes this year but it doesn’t seem likely that NZR would make a change without something exceptional happening. It would be tragic and would cause an uproar if Robertson went to, say, England.

How about this PK? Become a specialist writer for your fav SR team. For example, Paul Cully writes a couple of articles per week on the Highlanders. He gets good interesting info and does us and Highlanders a favor.

The Wallabies tight five that could possibly beat England... just

1,000 MK? Haha, I’ve just been telling Brett I’ve got too much time on my hands. Thanks for the kind words.

RT, you can be really sure that the ABs will be fired up for the Ireland home series. They’ve probably been brooding since last year’s match.

There’s a number of us who feel the Reiko is one of the world’s best wingers and that while his speed is great at 13 his positioning isn’t quite there for rugby at the very top top level. We were spoiled by Conrad Smith. Certainly Goodhue has a greater feel for the different role needed in midfield. But Reiko’s still pretty good at 13.

Sometimes too much free time on my hands Brett. 😁

So, The Crowd wishes to congratulate the Super Rugby tipping panel of 2022 for its exceptional performance with all tipsters achieving the amazing record of totals greater than 62 in really a difficult season.

Well done to all.

Try of the Year

The Try of the Year Award goes to Digger. Struggling from the start, Digger was back on the leader board until Mrs. Digger seeing the pain in Digger’s eyes daily and recognizing the stress he was under, intervened and established an Independent Advisory Council to introduce new tipping tactics, which were immediately successful. So successful in fact that Digger stormed to near the top with 18 successful tips out of 19 and in the end finished with the stunning total of 69. Digger clearly earned the Try of the Year Award-2022, showing to us all keep trying, don’t ever give up.

The Moment of the Year

The Moment of the Year Award goes to Harry. Desperate after a difficult season, Harry prematurely announced prior to the final how he will treasure winning the Wooden Spoon and was so confident of this he even announced who he would dedicate it to, (which was the pod). But Harry underestimated the indefatigable Brett who pipped Harry at the post and rightly claimed the Wooden Spoon for himself. The intensity of this competition inside the competition brought tears to the eyes of The Crowd, similar to Tane Edmed when the Tahs pulled off a win never before thought possible. Well done to Harry and Brett.

Tipster of the Year

The Tipster of the Year Award goes to Geoff. Always close, clearly in control of his position on the table, knowing what he was doing, Geoff waited and waited till it was time to pounce and then he did. He hit the front and held on at the finish handling an emotional finals night with the grace of a winner. There’s a suspicion that Geoff did a break-dance in celebration.

That leaves us with the final tip of The Crowd still unknown but while some are calling for a Royal Commission to investigate the disappearance of The Crowd’s tip and others are calling for an independent audit by Mrs. Digger the majority are happy to stand back and stand by and leave the final rankings to be graded amongst Roar’s intrepid pros only. All did well.

Yes, At-w, it seems Phil’s all over the place, just looking for some headlines. I see he’s not on the RA board so won’t be involved in the decision making process. Just some noise, expecting a little better, but everyone is entitled to an opinion.

Yes, you’re probably right ozinsa, but if England get rolled (the way I think they will be) the pressure on Eddie will be huge.

I think the WBs are the big deal, so let’s see.

The Aussie boys won’t be too impressed with with the southerlies right off the South Pole MK.

Yes, your point is interesting Brett. But I guess my thoughts are that Eddies’ never been able to keep a support staff, and that goes back to his days with the Brumbies and continued right thru to England.

And so it can’t have been a happy camp with England but while the wins were there, well, OK. But then the losses started, player selection became a turnstyle, assistant coaches left and overall you can be sure any player who speaks out of turn will be chopped. But I can imagine Eddies’ quite formidable in a committee setting and has held on.

Yes, and Hong Kong’s famous Jumbo Floating Restaurant sank last Sunday in the South China Sea near Paracel Islands, in 1000 meter deep seas, and that was Hooper’s fault too.

The RA board for the most part seem to be made up of serious independent business types (not the old school). I suspect they won’t be led into any plan that’s not in the best interests of Oz rugby.

I imagine Eddie’s worked out 105 kicks in play is a sure loser in Australia so he’s trying to adopt to a more balanced game. Ergo the England v Barbarian game. Can a 20 year game plan be changed overnight?