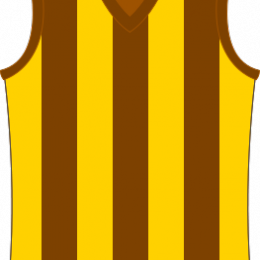 With the calendar moving from 2019 to 2020, our attention now moves towards the countdown towards the 2020 AFL season.

With the AFL draft having been completed, let’s preview every team’s 2019 season. 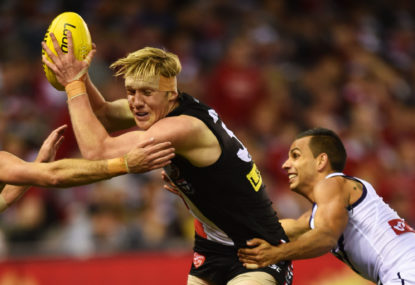 With the 2018 trade period completed and the 2019 fixtures released, the drafts and delisted free agency periods are still to take place.

With the trade period done and next season’s AFL fixture released, the road to 2018 has begun. 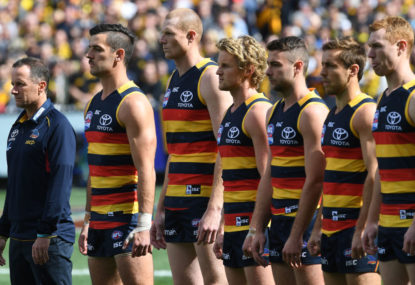 With the Richmond Tigers’ premiership win closing season 2017 on Saturday and the Trade Period starting just days away as well as the Draft to come, the dust is yet to settle on 2017. 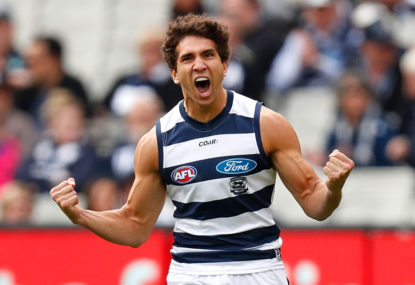 With the AFL fixture having been released, our attention moves towards next season. 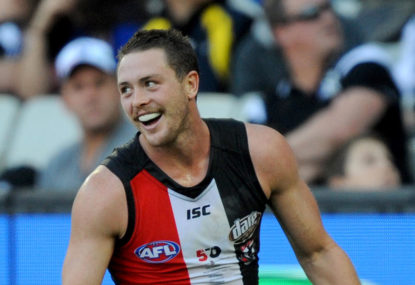 A fresh outlook on the 2016 AFL forecasts

With the year changing from 2015 to 2016, attention moves towards the next AFL season. So here is a fresh ladder, finals and awards forecast for you. 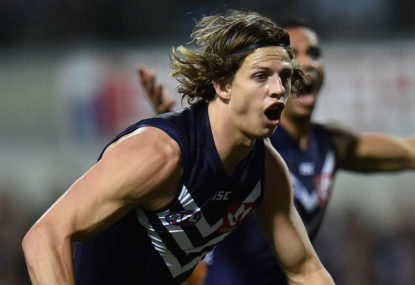 A fresh outlook on the 2016 AFL forecasts

With the AFL’s fixtures having been released for 2016, attention moves towards the next season. Having seen each team’s draw, here are the best forecasts for next year.

Predictions for the 2015 AFL season

With the 2015 AFL season starting in just under two months’ time, let’s have a look at some of the best predictions for the year.

Predictions for the 2015 AFL season

Channel Ten has announced that it has won the exclusive television rights to the Karbonn Smart Champions League Twenty20 cricket tournament 2013 in Australia.

Why Channel Nine will retain the international cricket TV rights

Channel Ten are bidding aggressively for all the international cricket TV rights from Channel Nine after missing out on the AFL, NRL, horse racing, A-League and V8 Supercars TV rights.

Why Channel Nine will retain the international cricket TV rights

Channel Ten has been awarded by the IOC the 2014 Winter Olympic Games in Sochi, Russia, acquiring broadcast rights across all media platforms in Australia.

They will finish at least 3rd and will create an all-NSW GF also Adelaide will just make it to the 8.

Freo won’t be 15th, they will be the very at least 7th also Swans will finish Top 2 along with Hawks and North will finish just outside the 8 and Melbourne won’t make the 8.

They defiantly won’t be exposed in Finals, they will very at least be Runner-Ups.

I would have Dogs 7th and Freo 3rd.

How your AFL team will fare in 2016: Western Bulldogs

Would love to see Melbourne in the 8 for 2016 after where they finished in 2015 but Sydney and Fremantle will both be unstoppable in 2016 and will make it to the Grand Final. Hawthorn will finish 3rd based purely on Jarryd Roughead’s Injury and timeline of Injury and West Coast 4th.

Sydney won’t finish that low so have them in 4th and have North Melbourne 8th.

How your AFL team will fare in 2016: Fremantle

Channel Ten’s Melbourne Cup and A League dreams are ruined.

Can I assume that Freo will be the next team you will analyse.

Here are the remaining teams you should analyse in order:

How your AFL team will fare in 2016: Richmond

Here is a fresh Ladder, Finals awards Prediction List for you:

1. West Coast – Great Team with a great list (Including Natanui, Priddis and Kennedy) and is currently the most defensive side in the Comp.
2. Hawthorn – Currently the Premier Side in the Competition and will be aiming for 5th Straight GF and possibly 4 Straight Flags.
3. Fremantle – Classy Side but not quite in the same league as Hawthorn and West Coast, but with the loss of McPharlin and the gaining of Bennell, I can see them creating Club History
4. Sydney – Great Side and will have a similar year to 2013 though without Goodes and Jetta.
5. Port Adelaide – Plenty of Class though being without Ryder and Monfries and also produced a late Season Surge.
6. Western Bulldogs – I think they will produce a follow-up season to 2015.
7. North Melbourne – Has a lot of players that have tasted September success such as Harvey, Petrie, Dal Santo and Waite and has made Preliminary Final 3 Times (In 1997, 2014 and 2015) from Bottom Half of 8.
8. Collingwood – Will not want to miss the Finals 3 Years in a Row after being Finals Bound Mid Season.

9. Richmond – Can’t see them in Top 8 reflecting on their last Three Finals Campaigns and also have not finished in that position on the Ladder for nearly a Decade.
10. Geelong – May have gained Dangerfield but I still can’t see them in Top 8.
11. Greater Western Sydney – Were finals bound mid season but suffered injury crisis and still not ready for September action.
12. Adelaide – Has a harder Draw though having a wonderful year following the death of Coach Phil Walsh and will drop off.
13. St Kilda – A lot to like about the Saints as they are currently in rebuilding stages and is also young and upcoming
14. Gold Coast – Had a poor Season 2015 and will finish lower if Ablett misses out on much of season.
15. Melbourne – Had a average season in 2015 and same thing will occur in Season 2016 though young and upcoming as well.
16. Essendon – Will finish Bottom 3 as 34 Past and Present players have faced Suspension for Season 2016.
17. Carlton – Will soon rebuild under a coach who has a wonderful record.
18. Brisbane – Certainties for Wooden Spoon due to the loss of Aish, Leuenberger and Redden, but will soon climb back up the ladder.

My Predictions for the next TV Rights Deal:

I do enjoy the Sunday Night AFL.

To me, I would prefer if Fremantle plays Adelaide in Perth & West Coast plays North in Hobart & Sydney plays the usual GWS & Collingwood plays Gold Coast. I would not want to see both the Expansion Teams play in the 1st Round together. If Hawks play Geelong in the First Round, I would like to see the Hawks next five games contain Bulldogs, St Kilda, Brisbane, Adelaide & Carlton.

Now Ten must look to the TV Rights to the Sydney to Hobart Yacht Race , the Australian Masters Golf & the 2016 Rio Olympics TV Rights which are all up for Grabs in 2015.

Now Ten must look to the TV Rights to the Sydney to Hobart Yacht Race , the Australian Masters Golf & the 2016 Rio Olympics TV Rights which are all up for Grabs in 2015.

This TV Rights will see Ten become the Place for all the Motorsport Action with Formula 1, Moto GP, V8 Supercars & the Rally Championships.

Great News! Ten is definitely the home of Motorsports & now after taking the Twenty 20 Big Bash Cricket Tournament TV Rights, they must now look to the TV Rights for the Sydney to Hobart Yacht Race, Wimbledon Tennis, 2016 Rio Olympics & Australian Masters Golf which all comes up after 2015. Shame that Ten missed out on the Melbourne Cup Spring Racing Carnival & the Australian Open & Hopman Cup Tennis TV Rights.

Fox Sports and Ten to share V8 Supercars rights from 2015

The Sydney to Hobart Race, Wimbledon & Australian Masters Golf TV RIghts come up after 2015. So, which of these events interests Ten?

Back to the future as V8s return to Ten

Why Roos must be the next Demons coach