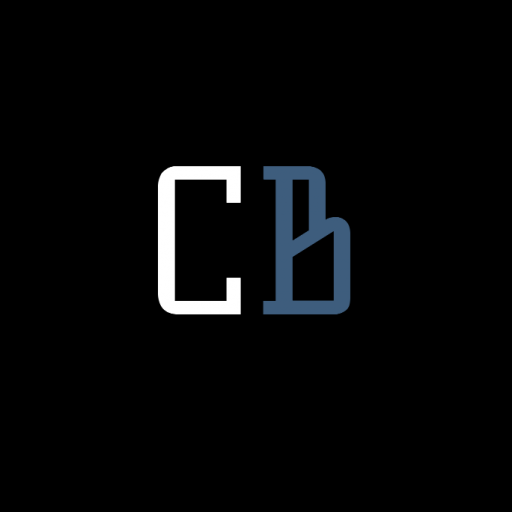 The never-ending conversation about a Test championship and a two-tiered system has been going on for many years. 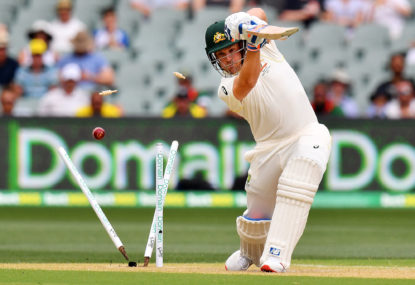 Dissecting India's historic triumph Down Under

The Indian team created history by winning their first series Down Under. This is an analysis of this historic series and what the future holds for both sides.

Dissecting India's historic triumph Down Under

On January 5, 2018, India played South Africa in the first Test in Cape Town.

At the start of the Ashes series in 2017 the Autralian bowling line-up was being touted as the best Australia’s ever had. 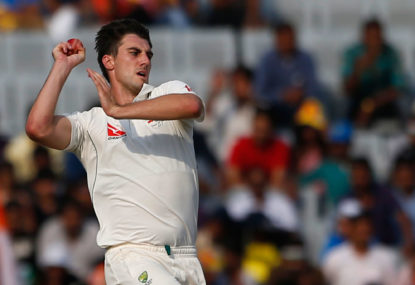 With their two test wins, India have now won twice as many tests in this series than Pakistan and Sri Lanka combined have won in Australia in the last 30 years.

Are stump microphones good for cricket?

Kerry Packer loved sport. He also loved the media and he knew a thing or two about it. He combined those two loves which now has a huge bearing on how sport is presented, especially in Australia.

Are stump microphones good for cricket?

The last time a Test series left Perth locked at 1-1 was the 2010-11 Ashes series. Like this series, the next stop was in Melbourne.

All hail Nathan the Lyonheart

Australia has always been hailed as the land of Shane Warne and the other spinners such that even phenomenal talents like the legendary Richie Benaud and Stuart MacGill weren’t mentioned in the same breath as the charismatic blonde magician. 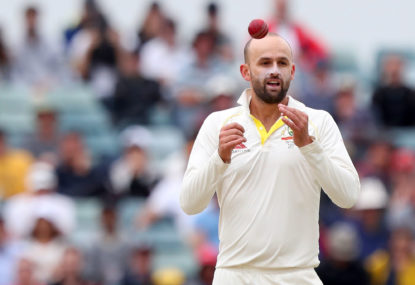 All hail Nathan the Lyonheart

By 1991 the great West Indian era was closer to its end than its beginning. Gorden Greenidge and Viv Richards were close to retirement and Malcolm Marshall was playing in his final home series. 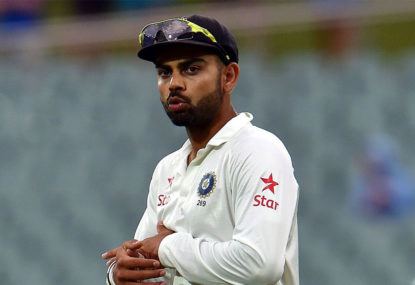 The focused and determined Virat Kohli with the bat turns into an excited and animated leader when his team are in the field. But is it helping India?

Everyone's focusing on Kohli, but has anyone noticed Ishant?

In the universe of Indian cricket everything revolves around Virat Kohli. He is their leader on and off the field and undoubtedly their best batsman. 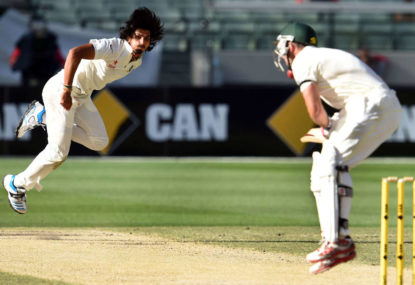 Everyone's focusing on Kohli, but has anyone noticed Ishant?

India started the year knowing they had three big overseas tours ahead of them, but it took until the third tour to finally pick the right team. 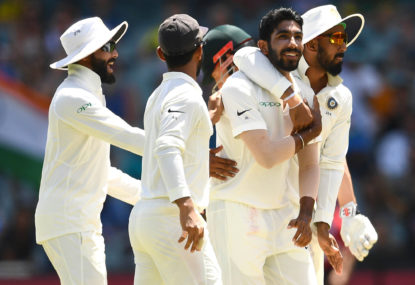 Thanks Paul for your feedback! Tough shoes to fill coming in after Gilly for Paine and co…

Not even Steve Smith can catch Don Bradman

Why South Africa failed at the World Cup

Tend to agree with all of this Rellum!

yes correct James. Now increased to 13 from 16 since Ponting’s announcement.

I agree. The time he took on Aleem Dar at the MCG was way out of line. Seams to have matured into a good leader as a coach.

Will be interesting to see the progression of Khawaja this tournament. I get the impression Ponting is a fan and wants him to own that 3 spot (in tests also). Not all great players make great coaches, but Ponting’s knowledge of the sport is just about top of the tree stuff.

Absolutely Chris… all spot on. It’s such an obvious thing too, that the 1 v 2 and 3 v 4 system is much fairer and simply better. It was even used 2 months ago in the IPL… so there is no excuse for picking an inferior system imo.

1) you’ve assumed the team that finishes top does so because it’s played better than the other sides, when it may have gotten there on points differential only. In other words, the margin between teams is virtually nil.

2) The top team may also have gotten there by ONLY playing the weaker teams and not played the stronger teams thanks to rain ( look at India & New Zealand).

CB: Perhaps, but again its unlikely rain will be a bigger factor than good cricket.

3) you’re suggesting this finals format is unfair. Unfair to whom? The preliminary rounds is where the “fairness” occurs, with each side (hopefully) playing each other. Once past there it’s a straight knockout event, where 1 plays 4 and 2 plays 3.
CB: Its unfair to the team who comes first. The play the 4th team. If you finish 4th, its practically no different to finishing 1st (barring two days of rain or a tie).

4) If England or India don’t play another game through weather, they are still going to make the knockout stage, but in 3rd or 4th spot, while Australia & New Zealand are 1 & 2. In your format, one of India or England get’s knocked out simply because of weather, when they are clearly the two form sides of the tournament and rightly the favourites to win it. In the current format of 1 play 4, 2 plays 3, both sides are still a chance to make the final.

CB: All that is highly unlikely.

Yes its a good point. 9 minimum and 11 max games of cricket for TV. Get India and Pakistan on a Sunday and its great for advertising $$$.

Yes once you hear the words ‘mathematical chance’, you know you are goneskies!

Your argument carries weight if the top 4 do break away. Last time in 1992 5th vs 6th was the final match, and the 5th place Windies team could have still made it if they won it. This format is fair but it doesnt mean that there could be dead rubbers. But there is nothing like rewarding consistency and this format does that in the group stage. Its only boring i think if you dont appreciate the things you should appreciate in sport, and consistency is definitely one of them.

The good news for England is it is coming off far more often than it is not, which means they should make the semi finals. They just got to hope that if they do, their bad day doesnt come there and then or in their final match!

Dont get me wrong, they had a pretty good team. But im more pointing out their strategy helped define them. They took what was thought to be a tried and tested approach and went the opposite way. It was completely different to what we had come to expect from one day cricket.

The problem with just keeping it to the best players win would be overlooking what Sri Lanka did. SL didnt have the best bowlers in the world, but they got their spinner to do a job and found a new method to approach batting. There was a lot of thought that went in to how they were going to win a WC, then they executed it all quite brilliantly.

Yes no doubt great players and great teams win tournaments. Just looking outside the box and looking as to why one of cricket’s stronger nations hasnt had a break through. Where as you could see a clear plan from other nations in their approach, it’s hard to have ever found one with England.

Hard to believe Aus hasn’t won there since 2001, esp given how many wins from 89 to 01. Hopefully can win that series. I’m not sure about Aus this WC. Not without a chance but I think England are a little stronger overall. But Aus at the WC can never really discard.

I’ve had a theory they win world cups every 37 years. Football in 66, rugby 03 so I wasn’t expecting anything til 2040. But they are my top this wc which goes against that theory!

Fair comment. That was more aimed at Woakes and Curran.

Certainly struggled in the test arena after that Adz.

Im just a little concerned with the quantity he has played in the last 2 years. Not saying he cant or wont bowl well at the World Cup, just feel 7 matches in one format over two years is down on what would be considered ideal.

Thanks for your contribution Paul. No doubt Australia need him back to bowling at or close to his best at the WC.

Yes NZ can still get blown away if not careful, like you said happened against India, but like what happened in 1999 against Australia they can beat any team on their day.

Yes there is a lot of admiration for NZ cricket. Not a huge pool to choose from but always find something. Chris Harris I thought was a good example of this in 1996. Didn’t ever threaten to do anything, esp. against Australia, and then did something almost match winning and quite brilliant. The loss of McCullum is obviously significant, but there is still quality there.