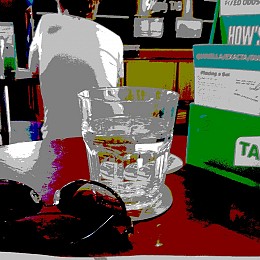 Love him or hate him, you can’t say Nick Kyrgios isn’t a fascinating individual.

During the week it was announced that Billy Dib would fight Amir Khan in Saudi Arabia for the newly minted WBC Welterweight Pearl title – whatever that is – only for the WBC to withdraw the Pearl title and announce that the fight would be for their vacant International title. 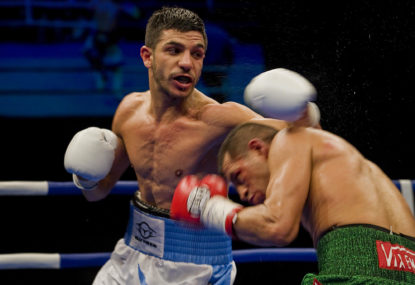 Today's players are unprepared for the temptations they face

Let’s talk about the not so silent elephant in the room. Today's players are unprepared for the temptations they face

As much as I love Luca, I can’t see him winning MVP. Should his name be mentioned? Of course, but at this stage he is behind a couple and they don’t have the greatest schedule on the run in.

Toronto are having a great season, but can’t see them beating the Bucks, Sixers or a healthy Boston in a 7 game series. And even if they somehow did, they are not beating either LA team.

Clearly? Don’t think you can say that any team from the east is CLEARLY the team to beat!

The hawks are BAD!

You make some great points here.

I enjoy both boxing and MMA, boxing being my preferred but they both have issues as you point out.

The sanctioning bodies, TV companies and promoters have just about ruined professional boxing were we don’t get to see the best fight the best all the time. Though I am hopeful with Wilder and Fury finding a way to get together and the rise of streaming that this may change. I am not as optimistic when it comes to the sanctioning bodies and their rankings/mandatories etc.

We also have to remember that UFC is a company and not the sport. This leads down a path the boxing took many years ago where there may be some fighters in other promotions who may well be better than those in the UFC. (i realise this may be rare, but still valid)

History is there to be made, and broken, but as you point out in young sports there is always going to be opportunities to be “the first” and “the best”. I think that to be called the greatest may take a few years yet to get a true comparison.

Another point on those early UFC’s is that they were tournaments were guys were asked to fight multiple times in a night and not just prepare for 1 opponent!!

There's only one solution for the UFC's biggest problem

Not sure that the article has anything to do with the Melbourne-Sydney Rivalry?!

The ATP Cup was played across the country not just in Sydney!

In those fights that went 5 rounds he looked gassed in the 3rd round.

And in the second Diaz fight he just ran away for the last round and a half so, yeah I think it is OK to question his cardio!

I too think that he will make pretty short work of a hyper active 36 year old who has suffered 2 pretty bad TKO’s in his last 2 fights. He may not KO him but I think he will land enough clean punches to get an early stoppage.

Even then, I don’t see how he deserves another shot at the lightweight title no matter how good he looks against Cowboy. It is clear from his fights against Gaethje and Ferguson that Cowboy is not near the top at LW, so how does Conor beating him at WW mean he deserves a shot.

Poirier is vastly improved than the fighter who lost to CM in 2014 and did no worse against Khabib than Mcgregor did. If CM wins then let him fight Poirier or the loser of Khabib and Ferguson to prove that he deserves another shot.

I know that is not how the UFC works, but am getting a bit sick of him being handed whatever he wants on a platter. The guy never even defended his belts!

Adding the bulk that he has is only going to be detrimental to his cardio.

He will be looking to get Cerrone out of there quickly as the longer it goes the worse it is going to be for Conor.

I just hope that if he wins he does not get another title shot. Beating a guy at Welterweight who is coming off back to back losses is not worthy of a shot at the Lightweight title when he got mauled by Khabib.

The point was not about him representing Australia but how his attitude changes when he is part of a team.

If foul language directed at an opponent is something you dislike in sports then I am not sure how you can watch any sports!!!

I know that Ingram has not trained much this week but I can’t see the Ravens losing this one.

The Chiefs are a different team to the one the Texans beat during the regular season. Cheifs by a few.

The more games he gets under his belt, the better BeastMode will get and he GOOD last week. Seattle to win a tight one with BeastMode to score at least 1 TD

How about we just don’t play anything and crown VIC the gods of football as they have the most players in the AFL.
Better yet just give us a list of all the teams you think are the best in all sports, we will call off all the games, and just award them all the respective trophies. We all know that there have never been upsets in team sports where one team had a “better” team on paper!!
👍

You mean a lot of people in Victoria lost interest!

Sport is called AUSTRALIAN Rules Football and the national comp is the AFL!

Are there only three states in Australia are there?
Here was me thinking that there were teams based in NSW, QLD, SA, VIC and WA and players in the AFL competition from Tassie and both territories.
Must have been watching something else!

There is no way Hawkins makes the side ahead of either Josh Kennedy or Buddy Franklin!

The things that have impressed most is his decision making and poise.

I know that with the explosion of athletic QBs like Lamar Jackson, Russ etc that teams maybe looking for guys like that, but this guy seems like he could turn into a Tom Brady type. Not the most athletic but high football IQ and decision making and great vision.

Smokin’ Joe Burrow is college football’s man of the hour

NZ did not not take 20 wickets in any of the games against Oz and if Williamson and Taylor don’t fire, their batting lineup is very average!

Neither are plenty of 40 or 50 year olds who throw away their lives in the bottle or sitting in front of pokies.

Not sure what him being 22 has to do with it!

Anyone can sign a contract for any length of time for a set amount of money!
No one can force me to come to work if I decide not to honour said contract, BUT if their are clauses written into said contract stipulating Not working for competitors for set periods of time etc. then, I better find something in another industry!
It’s called a contract and no one is forced to sign one!
From my former post, replace 4 weeks with 1 day! No one can force me to come into the job against my will.

Also, we are now told that social media and globalisation has made the youth of today much more switched on and aware politically and intellectually! (Greta)

I reckon I would be about your age and if you are saying that the youth of today is less informed than we were at the same age….???

Fully professional, advisors, managers! Be a fair few blokes who p….d away their careers back in the day who would have loved to have half the support young athletes have now!

Yep he has every right to do what he wants.

So do the Roosters! They are running a business and did not want to be used as a bargaining chip, and spent those resources elsewhere

What part of that is bullying??

You said yourself that you don’t like his on field persona ie work ethic for which he is getting paid.

What the roosters need to keep their offer on the table because he is a “nice guy”?!

Actually I have had to sign contracts where I agree to not work for a competitor for a significantly longer period than 4 weeks or have any contact with clients in that industry.

Yes I could quit on 4 weeks notice and try to find a job in another industry just like LM could do if he wanted.

So yeah I can compare it!

Why does it have to be on his timetable?

They offered, he did not accept, they pulled the offer and spent the cash elsewhere. End of story.

And now the Tigers offer is off the table because he decided he had better things to do than go to a meeting with their coach.

So guess the market has changed by your logic as currently the market for him is what again?

Sorry when did I make a slanderous claim? What exactly did I accuse him of?

Do you actually understand the definition of the word slanderous?

Not my place to make other peoples business public.

If and when people need to know I am sure it will come out.

I actually really hope he finds a club where he is happy and kills it. NSW and Australia could use all the guns they can get. Qld will never take it easy on us and the PI’s are coming to get us so we need our most talented and gifted to be at their best!

I don’t think ‘loyalty’ and Wayne Bennet should ever be used in the same sentence!