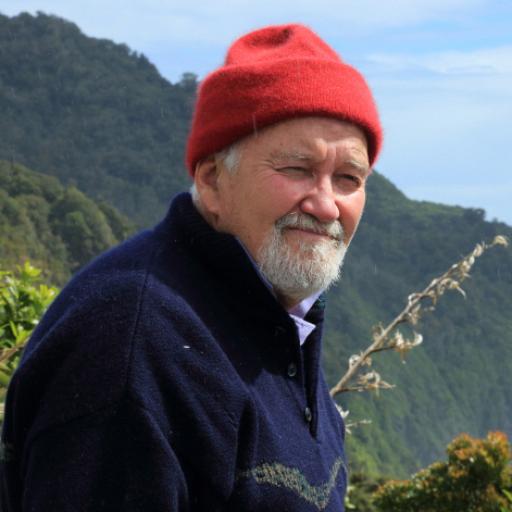 I grew up in Brisbane, playing Rugby League for my school, where it was taken very seriously. I was too tall and skinny at 18 to be able to play elite league (the visible pinnacle was Brisbane A grade) so I gave it up rather than get around in bush teams as my brother did til he was 35. I had never seen a Rugby Union game til I got a job as an art teacher at a Melbourne school that had 3 Rugby Union teams, U15, U16 and Firsts. When it was known I was from Qld, and had played League I was conscripted to coach the U15s. I was on a steep learning curve; I had to teach the game from scratch, as I learnt about it from books and videos (before the internet). I enjoyed the experience and, and could beat the other school teams we played, except Scots College, where rugby started in year 7, not year 9. I found refereeing matches, which I had to do, very challenging and eventually enjoyable. I have been interested in Rugby Union ever since (that's since 1986). I might have played Union for longer than I played league, but when I was at Uni, my sport time was taken up by the Army Reserve (CMF). I got into the Arts, and took no interest in sport until 1986 (except for some rowing at Bundaberg and in a skiff I built on arriving in Victoria in 1980). My teaching job required me to coach sport, so I coached rowing and rugby, enjoying both immensely. I moved to the country and built a solar efficient mud brick house and practised Art without financial success, but my interest in Rugby remained. I enjoy the forums on Roar. I was very anti Quade Cooper back in 2011, as he was reluctant to take a tackle with the ball, and would throw it or kick it away giving up whatever advantage he might have gained, but I think he might have grown up, and his game has a very big upside. I am curious as to what will happen with Wallabies selection, now that there's a 3 man panel.

Purdo hasn't published any posts yet

Azza, It’s childish because boasting about our capacity to drink is something we grow out of with adolescence, hopefully. That said, I admit to being a bit heavy this morning. Sorry.

Azza, I think it was childish. We don’t need the drinking culture in sport. My son played senior cricket and football at an early age, and also got into drinking with the older guys at the clubs. I think it would be better if we all grew up, not that I mind a drink from time to time.

Glad to see you haven’t left The roar, Carlos.

“The teams that have the ability to adjust on the run will be successful”. This is so true, not just of the response to the Covid situation, but in response to what the opposition does in the game. I’m glad the Rebels are being tested repeatedly.
We will all have to keep being tested, otherwise there will be no return to normal for those that aren’t positive. Victoria should be talking about having millions of tests, not just 100,000 or so.

I can live with draws – but possibly not in grand finals, or in situations like the world cup knockout stage. I think a draw is sometimes the best result, so it’s: “Meh” from me about the golden point. With regard to the red card, I think replacing the player after 20 minutes with another player is a good move. Clearly the time of being a player down needs to be more than the 10 minutes for a yellow card, but 20 minutes seems a bit harsh. Maybe it should be 15 minutes.

Well Carlos, I have enjoyed many of your contributions, and I will miss them if you decide not to visit The Roar any more.

That’s impressive! If he kept it up for about 2.5 hours he would complete a marathon, and that’s a really good time. Think about what it might take to run a marathon in 2 hours.

HN: Your article has a lot to like. I’m not saying I agree with it all, because I’m an outsider really. One issue I see is that junior Rugby shouldn’t happen only in schools. Community based clubs are important too. I grew up playing league in Brisbane. A lot of kids played for schools in serious competitions, but the really committed and likely-to-succeed-at-pro-level kids played for local clubs which were linked to senior clubs (before the days of NRL). My son grew up in Victoria playing Aussie Rules. He played for a local club at junior level, and his school conscripted him and his mates who played for clubs in the area to be the school team. I think development should occur in local junior clubs at least as much as in schools.

To save Aussie rugby we must scrap the states

July start for an Australian domestic comp, and it can’t come a moment too soon

July start for an Australian domestic comp, and it can’t come a moment too soon

TWAS: I liked Lote a lot as a player. He was such a player that I’d like to have found a spot for him in the Wallabies at that time, even if it meant retraining him as a loose forward.

OOP, thanks for this link. My picks were Horan and Mortlock before I saw these highlights. It’s good to see the way we were, after the last few years of so many handling errors.

GP: Australia is a federation whereas NZ isn’t – this helps to explain the ease of centralisation.

Geoff, I think this is probably the best article I’ve read on The Roar, in the 4/5 years I’ve been engaged with it. Thank you. I am not near the heart of the Rugby community, but I have had a strong interest since 1986. My background is playing junior Rugby League (50+ years ago) coaching a school Rugby Union team in Melbourne (30+ years ago) and following international and SR rugby on TV and Kayo. I also followed my son playing Aussie Rules from under 11 to senior level.
I have feared for more than a decade, that Rugby Union could die out in Australia, due to lack of an audience. I hope this can be avoided, and I think contributions like yours are very helpful. I think the problem Union has dates from the split between League and Union. League has been seen as the people’s game that everyone can understand, and Union as the posh man’s game that is too demanding for a mass audience. This has to be overcome if we are to stay a tier 1 Rugby country. There may be room for only one Rugby code in the Australian market. We need all the help we can get from Rugby Union’s international strength. I want Rugby Union to survive as I think it is a much higher quality experience than League. This is a matter of taste, and can’t be argued about. Education, outreach and welcoming of newbies are vital for the survival of the game. We need (like the model you gave of the AFL) a strong junior level leading to the elite levels. I think the best thing we can do is reach out to potential junior players, and through them their parents. I find the Idea of a common time zone league as suggested by Rob 9, very attractive. I can understand why this might not have much appeal in NZ. Rugby in NZ can probably survive as Aussie Rules does in Australia (with AFL being the elite level of a ubiquitous grassroots culture in four Australian states).

Jacko: emerging players would be given the opportunity to play at the professional level. They might have to move from Dunedin to Brisbane or whatever. If they didn’t go, they wouldn’t get the chance to play at the top level. Once playing in the top level, they could transfer if opportunity arose. This is what happens in AFL (though it’s more a move between Australian cities, not international). So, while a draft might not be legally enforceable (after all, it’s not legally compulsory to play professional sport) it would work, because players wanted the chance it gave.

SM: That’s your taste, and really we can’t argue about it. I like Rugby Union (greatly prefer it to League, which I think really is mindless in comparison). I like Aussie Rules too, but it’s vastly different. The ball gets sent by airmail, rather than trucked up across an advantage line by a variety of means. I look back to the Wallabies at the turn of the century – people like Matthew Bourke, John Eales, etc, etc, seemed to possess magic ball skills, and didn’t make the fumbles etc which we have sadly had to get used to. I think that can change with good coaching and good selection. I don’t think the fault is in the game, but in its recent execution.

WOE – How do you get a bigger club scene? When I want tribalism, a go to the grassroots club to watch and officiate in games my son and his mates play in. We do want that, but we need a level above that, as the AFL is to Aussie Rules. And at the top we want something that we’ve got, but the AFL hasn’t – that is a country of origin competition. I think we need the grass roots (they are the source) but we need to expand the grass roots, and the higher levels will raise the level of interest where there is no interest at present (e.g. where I live in central Victoria). I suppose I’d have a different attitude if I’d grown up in and remained living in Rugby Union heartland.

Aussie Rules exists as a strong grassroots competition among many local clubs throughout the territory where AFL is followed. The pathway to the professional level (the AFL with its famous teams and huge following) takes the best players from the semi professional local level by a draft system. No-one thinks that the AFL clubs are local entities anymore, but the AFL competition works, and people adopt clubs which they tend to stick to like tribes. People in local clubs are proud of their players who have made it into professional ranks, and have them back from time to time and have their photos on club house walls. I like the idea of Rugby Union having a successful professional level which is fed by the best from local level, never mind the locality of origin. Tests would be country of origin derbies. Greasegun and Andrew, your comments seem to me to offer a good way forward. I want to see Rugby grow beyond its traditional bases. I see rugby as the most interesting form of football (I’ve played League and have a son whom I have followed from under 11 to senior Aussie Rules), and it irks me that Rugby Union seems more at deaths door than any of the other codes.

When will the selected group of “players of national interest be published. If it has been already, where can I see it?