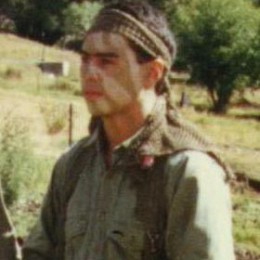 Sorry to disappoint but Israel Folau scored in the first five minutes of his debut and was instrumental in the Dragon’s win against Castleford. Coach Steve Mcnamara summed it up: “You only see the headline, you don’t know the person. Once you understand him more you realise it’s not a life sentence what he did.” It’s time to forgive and forget …

More hypocrisy, fake outrage and virtue-signalling from a code and club that condones gratuitous violence, drugs and salary cap breaches. In the words of legendary All Black captain, Richie McCaw: ” Get over it and move on … ”

None of my gay friends are offended by Israel’s comments. So why are you? 😂

I vowed I’d never watch another Wallabies game after the way Folau was treated by members of the national squad, including the captain and only watched to glory in the humiliating defeat. In NZ, we never underestimate the Aussies, whether it’s ruby league, netball, cricket, yachting or until recently, rugby. Well done for a superlative performance against a side that looked fatigued, deflated and overwhelmed. Australia played with the heart and passion we normally expect from the world’s most consistent team. You deserve the accolades. Kia kaha!

Gillian Triggs, former President of the Australian Human Rights Commission and Dean of the Sydney Law School knows a thing or two about jurisprudence, and she is of the opinion Folau was unfairly dismissed. Love or hate him, the outcome will affect players across all sporting codes, many of whom share his personal views

Not according to my tribe ( Ngati Porou ) or any of the tribes of my Fijian, Nuiean, Tongan, Samoan or Cook Island whanau!

Token virtue-signalling lapdogs. We were on the verge of purchasing a Land Rover to tow our horse float but opted for a Lexus instead because we don’t need Land Rover, Asics or Qantas telling us how to think or vote

Australia decides: Who would vote for Izzy?

Firstly, Perenara isn’t a Pacific Islander. He’s Maori and I’m not sure if he’s even Christian. Secondly, no-one is forcing LGQTBIXYZ, virtue-signallers or cultural arsonists to read his personal memes on his personal Instagram or Twitter profiles so why the fake outrage? Many Australian Christians share Folau’s views; as do many Australian Muslims

We never saw th ebest of Winx because she never raced Werther, the only horse Hugh Bowman surmised was capable of beating her. And he should know; he rode them both! Best racehorse in Australia without a doubt. Best racehorse in the world? I guess we’ll never know …

We never saw the best of Winx

Finally a leader who is courageous enough to stand up for his personal convictions in the face of overwhelming persecution and vilification by the bullies and bigots at Rugby Australia and Qantas!

You’ve both missed the point! Christians do not base their beliefs on proof or faith but deeply meaningful and personal experiences that transcend scientific explanation. Respect …

Spare a thought for racing industry employees who work 7 days a week starting at 4am including public holidays. Have we become so secular and carnal that nothing is sacrosanct anymore?

Rugby Australia and Qantas can start by embracing authentic diversity. If Folau was Muslim the expression of his personal beliefs would have been upheld as evidence of the rich tapestry of multiculturalism

This isn’t leadership. This is capitulation to corporate pressure from Alan Joyce who expresses his personal views in the public domain with impunity. The ARU and Qantas demand inclusion and tolerance unless you’re Christian!

None of my gay friends are outraged by Folau’s embarrassing diatribe so who authorised the media and ARU to speak on behalf of the LGQTBI community or have we all become virtue-signalling lap dogs?

I don’t agree with Folau’s comments and I’m Christian but he’s entitled to his opinion. If you don’t like it, ignore it. I don’t understand the outrage? If you don’t believe in hell, it doesn’t matter what he says. Athletes across all sporting codes snort drugs, treat women with contempt and dishonour the brand on a daily basis and we’re worried about a player expressing his personal views. When did we become so pithy? Chillax

Surprised Balmerino didn’t get a mention. He placed in the Prix de l’Arc de Triomphe behind Alleged (Timeform rating 138) and had 39 starts in New Zealand, Australia, the United States, England, Italy and France for 21 wins, 9 seconds and 1 third!

The 20 greatest Australian racehorses of the past 20 years

Khabib has maintained his composure and dignity while Conman’s predictable diatribe of personal vitriol toward the Russian’s parents, trainer, country and religion is tiresome and tedious. Neither is the incumbent champion intimidated by the loquacious Irishman’s stand-over tactics or showmanship bordering on megalomania. Therefore I believe Khabib has both the psychological and psychological advantage to completely dominate Conman primarily because he is unaffected by his hubris. Rhonda Rousey faded into insignificance following her shock defeat to Holly Holm. Conman’s days are numbered!

McGregor vs Khabib billed as fight of the century

Whoever wins, the Kiwis will be the benefactors!

Samoa vs Tonga match preview: Battle of the big fellas

Yes it may be sacrilegious but I was more impressed with Humidor because his form leading into the race was ominous compared with Winx and the racing public wrote him off, with the exception of Aransan! For Humidor to come so close given he backed up from a Caulfield Cup and was boxed in until the 200m show’s his fighting spirit and resilience. The decision to race him in the Melbourne Cup proves how versatile he is!

Humidor impressed me more than Winx because we all expected her to win but we didn’t expect Humidor to place let alone come within half a length of beating her. I was fortunate to spend a few minutes with him prior to the Turnbull Stakes and was surprised at how diminutive and unassuming he was. Accolades to Team Darren Weir. Phenomenal effort!