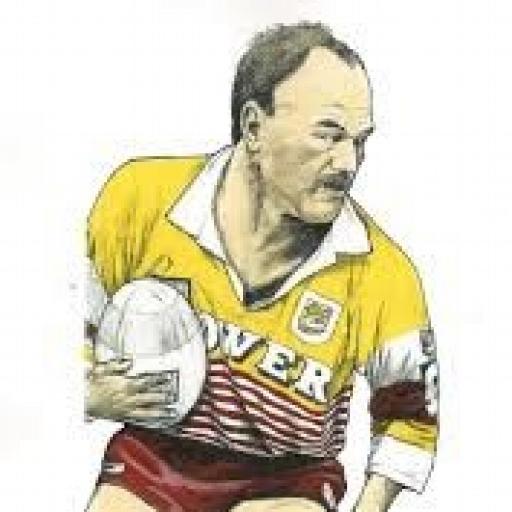 Nth Qlder but Bronco to the bone.

Can you imagine the possibilities? 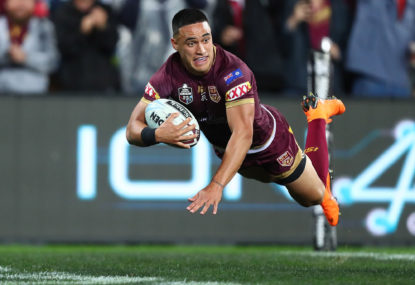 Every year a host of good players are lost to the NRL. However, 2018 was an extraordinary exodus of talent and 300 game veterans. 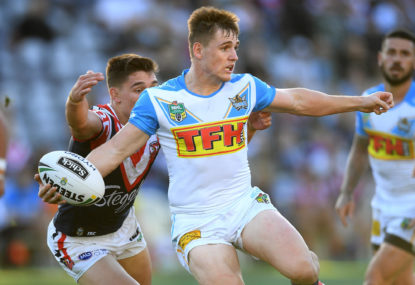 I’m done with the negative. I’ve enjoyed this year and gone out of my way to watch most of the games I can and I’m sure most fans enjoyed where their club was heading at different times during the season. 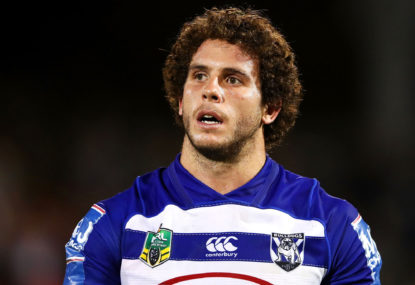 It’s the little moments that matter

Over the years we’ve seen some spectacular plays in rugby league, and since we’re closing in on the first State of Origin match of the year, I thought we could reminisce about a few moments that have a personal touch for each of us. 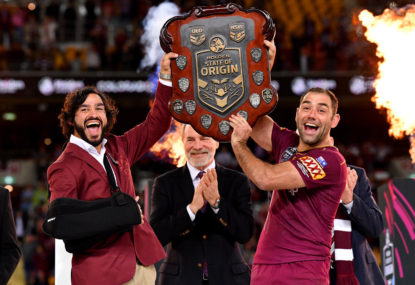 It’s the little moments that matter

Were the good old days really that much better?

Culture comes in many forms, and it can be either a poison or the elixir of life. 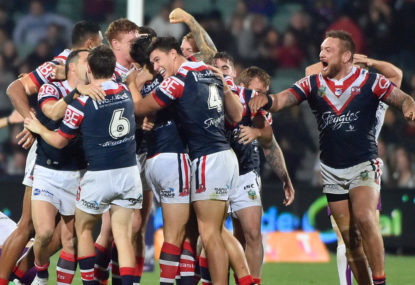 Were the good old days really that much better?

Yeah, there’s a fair bit of truth in there. Kevvie may not be the best option but he’s the right option for the moment. He’s got time and every advantage to get them back playing finals. After that…

However, if they secured Bellamy to help – game changer.

Hmmm, a good list and not a Panther among them… 😂

This is his last.

Yeah, no different to any workplace I guess, a change of scenery and all that. I’ve always liked Kodi but I think you and I may be seeing different things. Just as in Brisbane, he’s still a little directionless and doesn’t mind a hospital ball. I still think he is a quality #14 not a controlling half. Just my opinion of course.

You do have some big dreams. Only Capewell and Widdop (not bad actually). Can we buy another 100games experience for them at least?

The list did differ from my original one. I had Brimson, then realised I was just writing the Qld team. Although, if I was going large I would have Latrell. There is somethig there with Isaako, he feels like watching a young Corey Norman… If he does no good, Selwyn Cobbo will be ready next year.

Take it as a compliment or at least an easy out. 👍

Well that should keep Dearden in Brisbane then. He’s got the gig in Brisbane and he’s got a developing team behind him. Why go to NQ to play 2nd fiddle to Townsend?

Boo Hoo, millennial pest can’t just mouth off without someone challenging you. Your words champ, if you think I am misrepresenting you than try some research, back up anything just once and learn to articulate them better.

What a waste of a bench role in a 17 man game. Turpin because he can cover halves at a stretch, making the back 3 interchangable (plus Herbie on wing or FB). Turpin can act as a link and defend in the middle. I did want an edge player on the bench but TPJ could cover there if required.

I don’t attack you, I challenge you to back up anything you say. I’ve given you many options to consider, other elements involved with your statements and many chances to cite something beside the broad general statements. Unlike you, I do not give one, simple and singular responses. You start with a fallacy and then double down. While you want to continue to do this, I will be here. I won’t be on the union threads though…

They are good players but I don’t think it solves the issues. I wouldn’t go for Reynolds and I say that with all due respect. He’s a great kick and a good little general but he’s got 2yrs maybe and he’s not the best defender. Souths are better for having him but they are not successful because of him. While the Broncos play with the attitude they’ve played with in recent times and it renders Reynolds back to average. I do like Collins and Hornsborough but they are the result of a few years in a professional system. Fleg, Carrigan, Bullemor have those traits and long contracts. I wouldn’t say no to Finucane but it depends on the value.

If I had my choice of 5 players:
– Capewell. Energy, maturity and a 1%er.
– Welsh. Leads line speed, first to take the ruck up. High standards and just coming into his prime.
– Drinkwater. Covers muliple positions, can run/pass/kick. Enthusiastic and not shy to try. Needs work but wn’t be expensive.
– Harry Grant. Unlikely but we can dream.
– Okonbur. Tall, stong, fast and within budget.

In an otherwise pretty complimentary comment about TJ, if he chose to play NRL, the only line that outlines a difference between the positions and an area he may struggle is the one line the union crowd must jump on. It’s no secret the the dummy half position is one of the most import and physically arduous in the game. By simple fact that the codes are vastly different as are the positions and TJ has never played the game (at any decent level) nor the position. It’s wrong to say he may struggle because of that?

And I’ve been fed up with the arrogance of the collar up crowd for some time. The difference is I don’t come over to union threads to argue a point I know nothing about as Jacko does on league threads every other day. I give him a chance to prove he has some substance behind the BS, he proved he hasn’t. This isn’t our first interaction and you can feel free to skip forward if it’s not to your taste.

It is. Maybe they know something we don’t? It wouldn’t be my course of action.

I’ve only seen the highlights so it would be unfair to make comment on how he played. A couple of late tries blew the score out but Norths are a re pretty strong team as well. He’s still around the Broncos camp, Kevvie willbe in contact with him and no doubt the two clubs have a plan to get him going again. It’s up to him to take it. IMO he should be looking to get out of Brisbane, the pressure and mental scars must be tough on him ever finding form here again.

Have you checked the Souths roster? There’s quite a few still lingering in there.

Agree with the sentiment. It took a while to get my head around the Munster replacement thing and a little longer to consider that someone has made a point of learning how to get an advantage of that situation. They found a loop hole, good luck to them but there is also a rule that a team must not have 14 on the park. Exploit the loophole all you want but don’t cry foul when footage shows a player not to the intercahnge exactly right, not even one foot and get docked 2pts or heavily fined.

If you’re a Sharks fan, all you can hope is they have pulled the right lever. As rough as it is on Morris (and I agree with the sentiment of the piece), this was the only time they had to secure Fitzgibbon so they went for it. Live or die by the sword as they say. He’ll find another gig soon enough but he can take heart from Griffin. Not only was he sacked twice for no other reason than ‘a home favourite coming back’ and he got himself another shot.

Part of being a good leader is managing both up and down and he’ll learn more from the rough end of the pineapple than getting a sweet gig with a top team that goes south under his watch.

I can understand that. It’s been the same picture of anguish dating back to Des. I’ve said my peace on Barrett, I’m not going to death ride him. He’s got a few years, he knows what a good system looks like and getting a supporting cast around him. I reckon they are sans a dominant prop to help round things out.

I had a look at the roster on NRL.com and it’s encouraging that the vast majority of the top 30 have NRL experience. Add Burton and JAC to help raise the standards and it’s a solid base. Penrith have been building their roster for a few years for this over night success. Look at Easts pre Cronk, even they dipped as far as 15th between premiership runs. I reckon Souths are 2yrs from falling off a cliff as the difference between the current top 18 – 20 players and the next lot coming through is significant and a lot of big contracts are coming to a head at one time. Fkn Melbourne…

It’s hard to defend a club with no runs on the board but it does get easier when you drop your standards, or follow the Broncos. 😛

I think you may be looking at the situation too much in the now. For all the reasons TB outlined above they have through the hardest part. Overloaded with heavy contracts from underperforming stars but by and large most of those are gone. The rebuild has started but now it’s a matter of putting some experience into the youth. IMO it’s not about buying a new roster it’s about their discipline and willingness to compete. It won’t be this year and they will be better next year but developing the team will offer a better chance of long-term success than looking for the magic bullet.