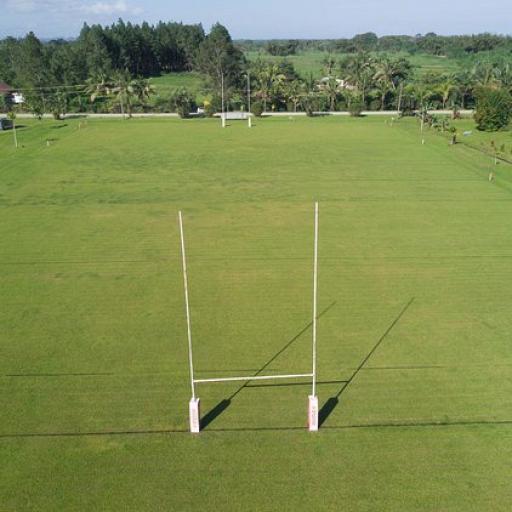 Drew hasn't published any posts yet

Mack Mason is who you were thinking of. Out in the wilderness now.

It’s not just all the on the ball work that you’ve mention that needs work, it’s the off the ball work too. Watching the Mitre 10 or SR Aotearoa you just see that the Kiwi players seem so much better in that facet of the game. Brumbies are one of the examples where you see a team of players who know where they need to be, what they need to be doing. Even the Reds with all their raw talent are frustrating to watch at times with the inconsistency of how they execute some of the fundamentals.

The other truth is that NSW can’t hold on to all the players out of the Club system in the same way a lot of Queenslanders are filling the Force, Rebels and Brumbies ranks. Do they have a good track record of picking and choosing the right players? that’s up for debate and arguably at times they’ve gotten it (very) wrong, but at the end of the day pick and choose they must and sometimes high-sight can make a choice seem the wrong one, but if you honestly look at some of the players who have slipped by they probably weren’t obvious standouts at the the time. The more concerning aspect of the Tah’s has been the development pathway. They just don’t have solid track record with development pathways where they have been shown to have consistent forward planning such that they are brining in new players to slot into the team system. High performing clubs like the Brumbies and Crusaders do this some much better without the pain and need for wholesale reboots like the Reds, Blues etc.. and the Tah’s unfortunately. It illuminates larger systemic issues with the club and franchise and that in of itself impacts recruitment and retention so you end up in a vicious cycle.

It’s hard to make any sweeping judgements on a handful of games. A lot of teams have looked good on their day, or even go through patches of form. The success of the All Blacks has been the consistency in success. We may look back on this as a blip in the road for the All Blacks a year or two later.

Ireland for example had a run of some good form, even getting a W or two against NZ. Only time will tell if this is more a case of everyone else catching up to NZ or the inverse with a loss of special generational talent. Either way, for the sake of Rugby it is actually good for more teams to be competitive.

No, they’re not the same team, but it would be hard to argue that they aren’t as skillful and capable, if not even more. The depth is still impressive and there is so much true talent that isn’t even on the bench. I think’s it’s going to be as much about getting the culture clicking. I’m not sure this generation are as focused as say the McCaw’s of the world. They just seem to lack some of the calmness they had with the Reids and (Ben) Smiths out there or the Carter and McCaws. Not to mention that maturity of the SBW’s, Nonu’s, Daggs etc..etc.. there just isn’t the same level of leadership across the park.

Beside Aaron Smith I’m not sure I see the same maturity or leadership out there. Even Cane I’m not sure about, honestly I think he’s been a little lucky on a few occasions with some of his play and actions. Whitelock would have been my pick for captain, however I’m looking in from the outside.

So who should play ten for Australia?

I’ve actually been toying with the thought that SRA (NZ) might not have been the best prep for the All Blacks. It was lauded for it’s high intensity games etc.. but I do wonder if playing each other at such a level week in week out may have actually taken a toll vs. sharpening their team.

I thought Deegan was off to Japan next year?

There are also some others floating around out there. Isaac Lucas was often floated as a potential future 10, he might bounce back to AU Rugby in the future.

Personally I feel Harrison really does look promising having a watched a lot of his Junior Wallabies play, though with that poor Tah’s squad who knows. Gordon and Edmed definitely could be the future.

So who should play ten for Australia?

JOC’s improved a lot this season but his kicking hasn’t been as good since all his ankle reconstruction/surgeries.

Don’t disagree, thats why I expect Rennie to keep it simple. I’m just not sure why Cheika comes into it like the players need to be deprogrammed or something? The players adjust to a new style everytime they leave their SR team setup/go into a Wallabies camp.

Pinetree, curious why you think it will take time to adjust to what Rennie wants (game plan/tactics)? A lot of this team isn’t the same as Cheika’s teams. Totally differnet playmaker at 10. I have no doubt the coaching staff have been communicating with players of interest all throughout the SRAU in terms of what they wanted key players to be working on/showing. We already saw a lot more kicking this SRAU comp.

Ralston benefitted a lot from playing in SRAU this year. He shows some real potential if he can keep getting some high-level game time which I don’t think GRR was going to do for him.

Bit hard to say as we’ve really only been playing ourselves. Beginning of SR this year showed possibility and promise but honestly hard to say where this team is with regards to international level until they get out there. On paper I’d say last years team was a lot stronger but also had a lot of players who you felt were coming off their peak.

I’d love to see Daugunu add it to his game. His past soccer skills point to a solid capacity in this area.

I agree he started to fade, esp. after signing abroad, but I thought esp. earlier in the SRAU he put in some good performances. The first game against the Brumbies was notable. I also don’t think people ‘really’ look at his game. He does a lot of technical things very well. He’s not the line bending, line punching lock but his all round play is good.

I like Gordon. I think he has a good temperament and attitude as a player. Hope he steps up to it.

Issue with all the Japan players is they really haven’t had much game time. At least the Euro players have had a few run arounds.

The positive is he is working on it. I know it was an aspect of his time with Genia. Working on the fundamentals.

Not sure about looking stronger. There was a lot of experience/talent in that Perth side, this side is untested. What I do like is that this side is coming off actually winning some games vs. those 2017-19 sides where the players were loosing week after week in SR against the NZ teams. I don’t think the psychology of teams can be understated.

Samu has some fetching ability.

It’ll be interesting how the breakdown goes. The NZ SRA comp was a lot sticter than what was allowed in SRAU. I think some of our fetchers wouldn’t have got away with it in the NZ comp.

I was loving Banks earlier this year, late last. Post injury he really wasn’t there but to be fair he kept getting better each game. Hopefully he’s peaking at the right time and has a blinder.

Don’t entirely agree. Simmons had some games where he really stood up this season and form is all elements of the game which lineouts is obviously an aspect – lots of form there.

Depends how Gordon goes as well I’d imagine. His spot to win or lose if he gets time out there.

Pretty sure Jake Gordon mentioned once that Barlow was a 9 he looked up to. Being a taller 9 himself there are aspects of the role that you have to perform a little differently.