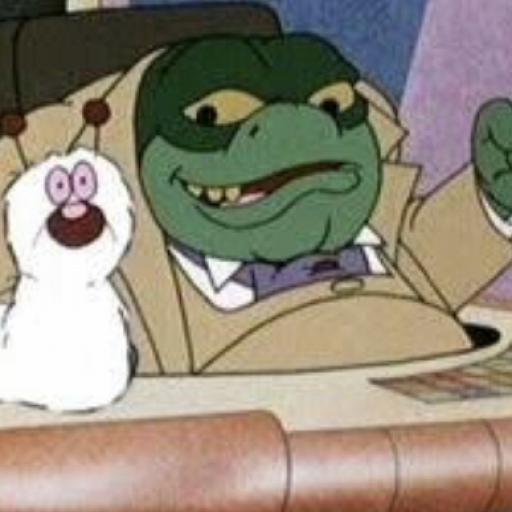 I love my dad. He is a man of great personal and physical strength. 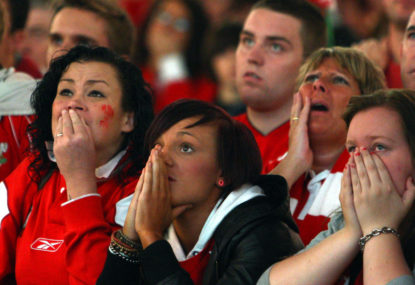 I think Marika is more than a finisher. He gets things happening in attack and defence. Perhaps not through silky handling, but through sheer tenacity and power. He will be missed

Losing Rory when he hit peak form in 2019- close to world’s best- was negligent, verging on criminal by RA. Then replaced by Matt Phillip, who surprised everyone by being one of the Wallabies’ best. And they let him go. FFS

Toomua is not a proven performer at anything. I don’t mind him, but he hasn’t won anything of note with the Wallabies. The Brumbies have been better without him and the Rebels? Well, a team filled with “proven performers.” You know what you’ll get with Toomua. But the reality is he’s never guided successful teams. I actually like the idea of giving Stewart a run

Yes. What are the Kiwis doing well. Where are they weak? Likewise the Australians. Where will the Trans Tasman matches be won or lost.

Anyone who has played tighthead knows it’s nigh on impossible not to angle in. The loosehead can only put pressure on your right hand shoulder and will naturally angle in (if not they split off because there is no resistance). That forces the tighthead in on the angle. The only way to stop it is the flanker pushing in to keep the tighthead straight rather than pushing straight forward. The opposing hooker can check the tightheads angle by pushing left, forming a wedge with the loosehead, but this comes at the risk of losing the bind with their own tighthead. At least that’s what I remember from playing. The short story is that pushing straight is a virtual impossibility and refs simply guess penalties based on dominance (as Nic correctly suggested). I wish they would go easy on the penalties

Handles, could it be because NZ has to continue developing their players because they don’t have code hopping stars, who provide a sugar hit but nothing of substance?

Spot on Peter. The loss of second row talent is farcical. It doesn’t make sense. I understand the thinking behind the marquee backs (people want to see stars and entertainers), but it’s been proven not to work. People watch to see a winning team, not a losing team with a star (see monumental decline of crowds during Folau-era for example). Our power brokers need to recognise that winning teams are built on a strong tight five. Always has been the case

There’s no denying his skill and talent Numpty. And I genuinely hope he finds consistent form.

Let’s hope we can change his mind. There’s been a bit too much shuffling around of the hookers for a while. I’ve thought BPA the clear front runner for a while, with Fainga’a close second

Can you provide an expert analysis on SRTT to give us hope (or shatter our dreams)? 😁

Let’s set the bar higher than Folau. Perhaps a Burke/Latham/Roebuck/Gould hybrid.
But being serious, I think outside centre will be his spot for the long haul. I like the suggestion made elsewhere in this chat that he does his apprenticeship on the wing, Umaga style

To be fair, not just fair weather Reds fans. Some diehards also weren’t seeing it. He had a good game and is obviously a skilful player. But needs to demonstrate it consistently and learn to bounce back when things aren’t going his way. As a diehard Reds fan, I’m yet to be convinced, and bridle against the hype when it is suggested Petaia would be preferred to other players who have been performing consistently well for the team, such as Campbell and Hegarty. The comparison with Folau in this article is instructive. He was preferred for a long time in spite of some very obvious flaws in his game. Yes, he did some great things, but in my view caused big problems in the fullback role because of poor kicking, poor defence and poor positional play, none of which improved during his time. I hope Petaia will improve and be truly great, not just someone who does a few flashy things each game.

Ha ha ha! I’ve thought he looks like a member of Cameo. Word up

How BPA was not chosen in the squad is bewildering JD. He started the season well and has only got better. Let’s hope Rennie fixes this.

Good article as always Nic. It is great to see the improvement in Petaia: he had a great match and, as you correctly identified, there was a marked change in his body language and confidence. Although I have been vocal calling out his sub-standard performance, long may it last. Getting the one percenters right is so important and it is great to see the Reds and Brumbies (so evenly matched) getting them right. Both teams seem very confident in their games and it is difficult to identify weak links. It bodes well for the Wallabies (hope springs eternal). We’ve got good scrums, good lineouts, good at the breakdown, some outside backs with a good boot and good defence (two weaknesses of Folau in my view) and a good balance of creative and destructive runners. There’s a lot less dropped ball and the goal kicking seems far more reliable. The only thing that worries me as shown in both AS games on the weekend was the inability to manage a drop goal. The Rebels tried but really didn’t do the work to make the attempt viable. The Brumbies didn’t try, seemingly hoping for a penalty. I hope this will be the next marginal gain they work on to add a pretty complete set.

Your concept sounds good, with more knowledgeable detail than what I first wrote. I’m just a Roar speculator. Whatever comes next, I hope that it will maximise domestic competition and give something meaningful to play for (SR AU champion is better than conference leader). I also think the providing something meaningful for all teams internationally (like my proposed cup, plate, bowl) will be worthwhile to both improve spectator interest. Fact is, in the old super rugby structure, only one or two Australian teams, one or two SA teams, and maybe three NZ teams were competitive. This isn’t great for fans, recruiting players, attracting sponsors etc. Take the Force and Rebels. Never in their lives have they even looked close to winning the comp, therefore less fans, less attractive for players. They were never going to escape mediocrity. But perhaps if they won the international bowl one year, they get a boost and some belief for the following year. Success of any kind breeds success

Exactly. But including SA

I think the issue was with the international games between conferences and the single finals series. My proposal would keep it purely domestic and award a domestic champions trophy, then give all teams an opportunity to play a smaller number of international matches. But, I’m sure there are details I’m missing from my beer coaster scratchings that might make it unworkable

Spot on James. Nothing much wrong with the Brumbies. It’s just that the Reds are on a roll, know what they’re about and keep winning. Just shows how important confidence is. Winning becomes a habit and the Reds go onto the field knowing they can win, not just hoping. Let’s hope this can translate to the Bledisloe

I knew I didn’t have an original idea JD! I think what is clear is we need to mix things up and maximise the derbies in a meaningful way. A long super for/against just doesn’t work

I proposed (hypothesised really) that we could have three six team conferences in AS/NZ/SA with Sunwolves, Pacific Islands and Jaguares allotted respectively. They each play an internal for/against with finals as we have seen the last two years. Then there is a limited international season, with the top two going into a Cup round robin, next two into a plate round robin, bottom two into a bowl round robin. Will keep everyone interested in their team, hopefully will even out the internationals, offer teams a sort of relegation system. Will keep it shorter, maximise derbies, reduce travel. And something different from the stale super rugby

As a lifelong Reds fan, who also lived in Canberra for quite a few years and adopted the Brumbies as my second favourite, the rivalry has been an absolute treat. They are leading the way and I hope the other three states will raise their games accordingly.

I think the Reds can win in 2021, but this comment highlights nothing is certain:
“So, the Reds have now won three of the last four clashes – last year’s final being the only loss”.
8 May should be a cracker.

Good article Paulo. And you hit the nail on the head: it is guess work to see how the Australian sides are tracking against NZ. Many think it is a lay down misere, but that number is reduced week by week, especially as the Reds keep winning. It’s a mouth watering prospect. And I think it highlights where SANZAR got it wrong with the conference systems. Maybe post-COVID they could have AS/SA/NZ domestic comps (Jaguares with SA, Sunwolves with AS and a Pacific Island team with NZ), award a winner for each, then an international series- top two from each in Cup round robin, next two in a plate round robin and last two in a bowl round robin. Would make it interesting

Your article highlights an issue with refereeing, not just Berry’s performance but all refs. Rules are applied differently according to location on the field or context of the game. For example, a maul on the halfway line is seldom penalised but to my eye the same infringements occur as we see pinged five metres out. Tacklers routinely knock the ball out of the attackers hands in the tackle action but they are not pulled up for knock on as occurred when Hegarty’s try was disallowed (as an aside, Hegarty’s effort in that sequence highlighted everything that was good about the match). I think refs try to have a “feel” for the game but fail to apply it consistently. We see clangers overlooked and inconsequential issues pinged.

Why is Wessels not under more scrutiny? He has a talented and experienced team at his disposal who trot out that sort of garbage week after week. The Tahs’ current malady is explained by poor recruitment etc, the Force are still a cobbled together band of journeymen or players winding down their careers. But the Rebels have a strong squad. Their lack of imagination is letting them down badly. I want to see them do well, but gee whizz they’re hard to watch