The Hawks just know how to win

In a tight season where no team has a handle on premiership favouritism, small margins and factors will go a long way to determining…

The Hawks just know how to win

Collingwood fans hoping to counter the cold weather on Friday night with the collective body heat of 80,000 members were left wanting. Only 20,320… 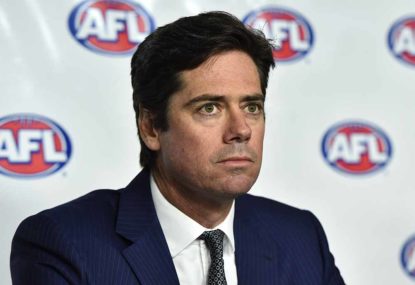 If the AFL is serious about head protection, Luke Hodge must be rubbed out. Luke Hodge, like former Hawthorn champion Leigh Matthews, has established…

Apprentice Butcher primed to produce for the Power

Apprentice Butcher primed to produce for the Power

Looking back: Rodgers' summer of failure

2015 has ticked over and the infamous Premier League festive fixtures have punished squads, while the FA Cup third round was completed with hardly… 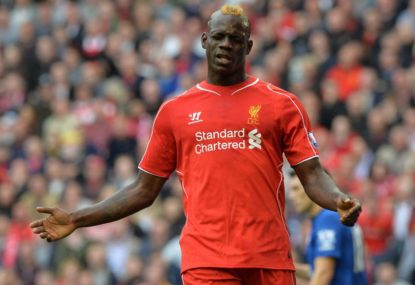 Looking back: Rodgers' summer of failure

Perhaps you should read the fifth par and then perhaps the whole thing or don’t comment at all.

Re: Tinder or footy, well, there’s plenty of time for that between quarters!

I agree that there are a multitude of factors, particularly the diversity in entertainment options from the lounge room. I wouldn’t suggest that because teams don’t play at their old suburban grounds that teams no longer attract youth and have no identity. Identity is forged in history and that history isn’t going away, particularly for the clubs still based at their traditional homes. Kids also still love getting to training sessions to get a close up look at their heroes.

James Hird got beaten from pillar to post by the media at large, save for the likes of Mark Robinson. Totally fine.

I mentioned Joel Selwood in the article and how he got off without even a citation for eye gouging earlier this season.

Goodes is a different kettle of fish, his reputation as a ‘dirty player’ is an incredibly overblown, hyperbolic argument from his detractors. There’s some stuff he does wrong, he has a history of throwing unsuspecting players into marking contests which could cause injury. Outside of that, he’s a pretty clean player. He’s done nothing near comparible to Hodge’s two suspensions this season.

I didn’t bother mentioning a name like Selwood beyond one sentence because it isn’t about him. That’s pretty obvious to most people. A waste of words, arguing about an unrelated player in a piece specifically about another.

Is this real life?

This is bloody outstanding.