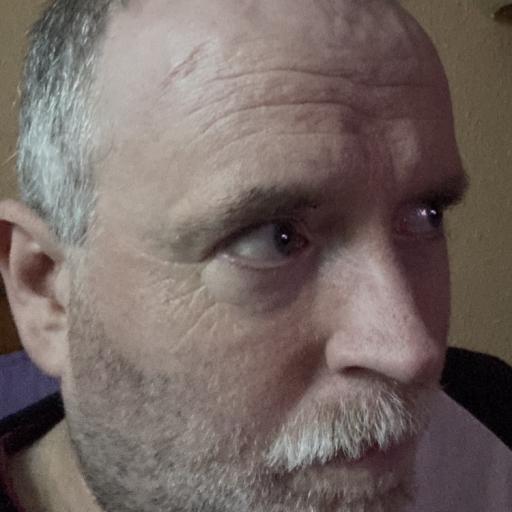 Last week, on April eighth, during UFC 210 at the KeyBank Center in Buffalo, New York, Daniel Cormier, aka 'DC', retained his UFC Light… 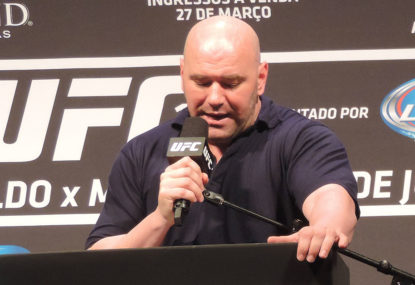 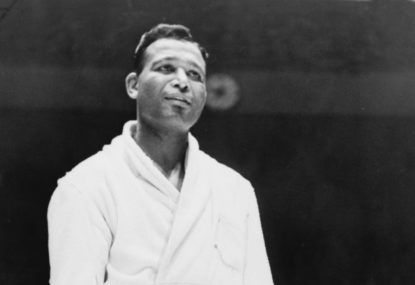 I don’t think that Man U will finish in the top 4 this season. Liverpool are firing on too many cylinders. City are better as well. Mourinho’s only chance to qualify for the Champions League is by winning Europe’s second tier competition. I can see Mourinho eventually losing the players like he did at Chelsea. He barely talks with Wayne Rooney at the moment.

Is winning the Europa League an easier way to secure Champions League football?

Very interesting analysis! Tyson was the most feared puncher of all time! I think that Tyson got out with most of his faculties intact! I think that the only fighter that ever really truly escaped unscathed was Floyd Mayweather- all because he never got hit! Floyd had/has ghostly reflexes and unparalleled boxing radar!

It’s all about the benjamins- pure and simple! Da moolah! I blame the promoters!

Roy Jones- the absolute legend! I have to say that I love the commentary work which Roy Jones does for HBO. He needs to pack it up in the ring, though. I do not see the reason why he has to fight at 47 years of age. He should be cashing sizable enough cheques from HBO. From a fighters perspective, he does a fantastic job of deconstructing boxing matches for television audiences.

Evander,”The Real Deal” Holyfield seems to be a little banged up as well. He was never the biggest heavyweight, but man, that guy had some serious amount of heart in the ring! That guy swung for the bleachers every single time!!!

Interesting, TJ. Mitch Halpern certainly died in tragic circumstances. Maybe if he was awarded the second Tyson v Holyfield assignment, it might have altered the course which he eventually took? Halpern may have disqualified Tyson after the first biting incident. I always thought it was ridiculous that Mills Lane had to look at video evidence at the end of the round in order to DQ Tyson. He should have immediately called off the fight after discovering that a chunk was bitten from Holyfield’s ear!

Mitch Halpern is not an isolated case; two other high profile referees died in similar circumstances as well: Richard Greene and Toby Gibson. Maybe it’s the stress of the job? Perhaps, they are being paid off to influence decisions in fights and consequently they are consumed by guilt? More than likely its the first scenario! The most nefarious refereeing decision ever must have involved Richard Steele who refereed Chavez v Taylor back in 1990. Now, he was definitely paid off- probably by Don King and his cronies! Thankfully he wasn’t awarded too many top jobs after that fight.

Emile Griffith also died of complications from dementia. Both morbidity and mortality rates for ex boxers are very high.

Did you see the “Assault in the Ring” boxing documentary? It gives an account of the tragedy which befell Billy Collins Jnr. That young man killed himself in very tragic circumstances- he was only 22. He was blinded by Luis Resto in the ring and the loss of his livelihood drove him into a downward spiral. Boxing is full of tragic stories. Thankfully, Its not as bad today as it was during the 80’s and 90’s.

I never realised the extent of Gerald McClellans’ injuries. He is in pretty bad shape today. He seems to be largely forgotten about by not only the media, but by the boxing media as well. He is never discussed in the same vein as someone like Michael Watson is; anytime boxing reaches crisis point and is open to debate about its inherent dangers, Michael Watson’s name is one of the first to be mentioned- certainly in the British media. There’s a 2011 ITV documentary called “The Fight of Their Lives” about the incident and its available to view on YouTube. I never realised that it existed; Ill watch it soon.

I think reducing the number of rounds to 8 is a great idea. Taking the examples of Blackwell and McClellan who both collapsed after their fights concluded, its fair to say that the damage inflicted over the course of a 12 round fight is largely subtle and insidious. These fighters are capable of enduring 12 round fights because its a matter of pride for them not to quit. As well as this, they are well conditioned athletes who are naturally battle hardened. By the time the final round has concluded, the damage may have already been done. Having 8 round fights would certainly help to mitigate any potential damage.

On any given fight card, there are always plenty of undercard matches on the bill that keep me entertained. I wouldn’t have any problem with 8 round contests. Little and often is the key.

8 rounds is a far cry from when Andy Bowen fought Jack Burke way back in 1893 which was a match that lasted 111 rounds. They must have both simultaneously collapsed to the canvass from total exhaustion like 400 pounds of pancake batter..:-)

As for Klitschko v Fury, I think that Klitschko will be far more motivated during the rematch. I don’t think that he was in the first match mentally. He only connected with 50 punches or so during the entire 12 round fight- which is pretty abysmal. In his prime, Klitschko would easily land with more than 50 punches per round. Age is definitely catching up with him. During the time frame of the first fight, I think that he was dealing with a number of issues in his personal life- it cant be easy constantly entertaining a high maintenance Hollywood wife:-) Like you said, he may retire if he wins. Close call. A real 50/50 fight. I hope that the rematch is better than the first one! One thing is for sure: the buildup will be entertaining because Fury is completely madcap!

The article highlights the dangers of boxing and the fight game’s high correlation with early onset dementia or chronic brain injury.

There are countless other examples of boxers who left the game with health complications:

Jimmy Ellis died of complications from dementia at 74

Joe Frazier’s speech was notably slurred before he passed.

Today, at 57, Wilfred Benetiz suffers from a degenerative brain condition.

You can add Spencer Oliver to the casuality list- he underwent an operation to remove a blood clot following one of his fights.

I’m sure that there are countless others…..

I cant write more than 800 words on here.

Riddick Bowe had a career of 43 and 1. Granted, he wasn’t the most motivated of fighters and he never really fought the very best, but I wouldn’t exactly call that a short career.

Yes, Larry Holmes, Julio Cesar Chavez, Evander Holyfield et al. were all exceptions. Chavez must have had one of the strongest chins ever in boxing history- perhaps rivaling George Chuvalo. Although, over the course of 93 fights Chuvalo was never knocked out.

Wladimir Klitshcko has always been accused of being overly cautious in the ring, and he probably took less punishment over the years. How do you see the Klitshcko v Fury rematch playing out?

I see your point: for every example I give, there will be a counterexample.

But, its pretty indisputable that the levels of dementia and the amount of brain injuries found in boxers is far higher when compared in relative terms to those found in the general population.

I think that the headgear will stay confined to the amateur game.

Following the Blackwell fight, the level of medical cover and the standard of medical care at ringside could increase.

Referees may also stop bouts considerably sooner now if fighters are taking repeated blows to the head while positioned up against the ropes.

Suggestions have been made that the weigh-ins should take place on the same day as the fights- as opposed to the usual pre 24-36 hour time frame- in order to prevent various complications pertaining to the weight cut.

Former European champion Spencer Oliver, who suffered life-threatening brain injuries in the ring in 1998, told Sportsmail: ‘It is a tough issue and a lot of people in boxing don’t agree what is best. If you weigh in on the day you risk being dehydrated and that reduces the fluid cushioning your brain. On the other hand, if you weigh-in the day before the fight you have people willing to crash down to make weight because they know they have time to get their strength back up.

Did you know that Foreman made well over $200 million from the sales of his grill since it was introduced in 1994!! I don’t know what he made during his boxing career, but my guess is that it had to be considerably less than $200 million. Now, that’s a success story!!!