I'm just a sports nut. Sitting in front of a lap top. Asking it to type words that make sense

The first act of the stage play that is the Ashes has been played out. The slings and arrows of outrageous fortune were best… 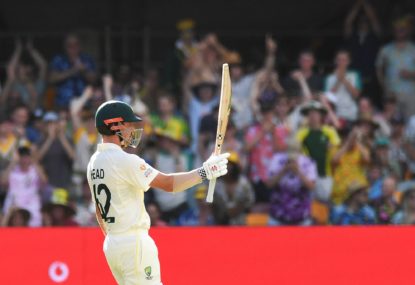 All the talk in the local media leading up to the first Ashes Test has centred on Australia’s conundrums, and quite rightly so –…

I had a little bit of time to spare on Monday afternoon, and so I settled onto my couch and put the cricket on…

Hello Paul. Thanks a lot for the feedback – very much appreciated. I think I’m going to enjoy this site and this community!!!

The moniker is a mixture of the suburb in which I live (Parkdale Vic), and the love of my life (Burnley FC in the EPL – the Clarets).

And of course, one of my other great loves (should, I suppose, mention the good wife as well), is test cricket. And I agree, I can’t believe people want it gone…

DRS, to me, remains the thorn in the paw of the tiger that is international cricket. I have long argued for its total abolition, but I’m afraid that ship has long since sailed. I am, however, claiming the Will Young decision as evidence in favour of my argument, which has been all along that the standard of on-field decision making would decline (and I believe that it has).

So, now that I reluctantly accept that the video umpire is here to stay, I submit that the power to refer decisions to it should never rest with the players. As you so rightly have noted, referrals are often little more than applied guesswork anyway, and are too readily used for purposes of kite-flying, or the halting of the momentum of the opposition. The power to refer should be solely in the hands of the umpires. In the instance of an lbw appeal, the umpire makes an on-field decision and the umpire’s decision should be respected. It served us for 130 years before the video umpire became a thing after all.

If this happens then we might get back to a situation where on-field decision making improves once more. I, for one, don’t think it was that bad before DRS and I don’t believe that DRS has fixed the issues that it was designed to fix.

Loved the article Paul. Onwards to the Ashes!!!

Thanks for enlightening me BB. Up until now the only bloat quotient I knew was that which ranked my discomfort levels after long nights at various public houses. It would appear that my focus had been somewhat narrow…