David Warner’s impending return to the Australian setup before the ODI World Cup has caused a lot more angst than would have previously been thought early on during his forced hiatus. 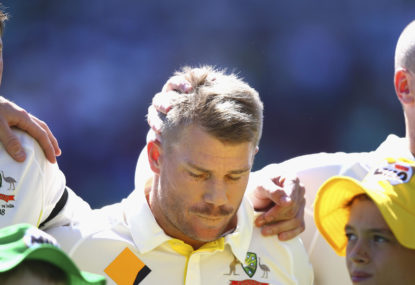 Don’t you love how Australian it is to support the underdog, and take some sort of naughty pleasure in seeing the tall poppy cut down to size. 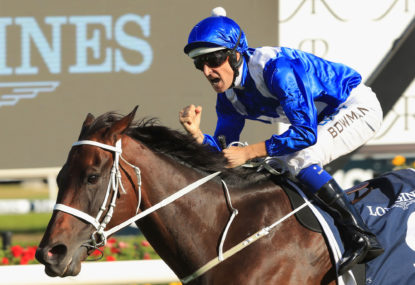 Where does he tell people how to live their lives?

Disagree with what…..how he is experiencing current events.

“But I don’t see the point of sitting here fixed on the fire coverage”.

That wasn’t the point of the article.

No it doesn’t lewis…people who take it as pious are idiots. Read the article and its obviously a very personal one.

Great article Lewis….how the hell are people viewing this article as presciptive. Its just your personal experience. I think those idiotic comments demonstrate unfortunately the position of the nation. An empathetic viewpoint is somehow considered left wing or political in nature. From your article i cannot for the life of me work out what side of the political spectrum you sit on.

Or get top 14 wages and remain eligible for their actual country.

I would say continually taking players from fiji (koroibete born and raised fijian, naisarani only lived in oz for 4 years) is against the spirit of the game.

Hi Paul, yes the link. The link. Firstly the racist vitriol that is online on sites such as 4chan and 8chan that is on the periphery but very involved in the violent events we have seen around the world. The posts made to and about mitchell and Ferguson are cut from the same cloth, that is the link. The thoughts and sense of entitlement that these cowards have in espousing their views as though it is legitimate or funny are one and the same whether your a racist having a go at a footballer or a someone who thinks Australia is loosing its “whiteness”.

Why racism in sport is so dangerous

Our juniors are doing just fine and we have i think 3 women’s 7s sides. Its just the blokes struggling. In saying that i have heard thar junior rugby league has fallen by the wayside. Though i don’t think they are going to rugby or AFL, a friend with junior age kids that play RL says they seem more interested in playing fortnite.

Absolutely agree there Mary, where does that penalty count needs to be even mentality actually come from. Reeks of group think that its so often repeated that an even penalty count some how equals consistency. Some teams are just naughtier than others on any given day.
BTW credibility on your thoughts that the pass was forwards as a parra supporter absolutely taints your opinion.

Hi NT, your absolutely correct about rugbys popularity in Australia. Even my old team has had to pull out of 3rd grade due to lack of numbers. Globally is another matter though. But i don’t think coming down harder and more consistantly on lifting tackles gone wrong or shoulder charges will make the game sterile….its toughness comes from the collision due to the 10m rule, line drop outs, kick offs and that won’t change. The ponga, trbojevic incidents in my opinion were reckless and the sin bin and suspension should be used to discourage those incidents. RL may in many punters opinion have a better product, players are the product and need to be protected more.

Just heard Spud carrol on Bill and Boz mention that Trbojevic “has no malice in his body” and he “didn’t see much in it”. The former is totally irrelevant. Not seeing much in it, my god will it take another Alex McKinnon for RL people to stop excusing stuff like that so quickly. Send him off plus a few weeks on the sideline, players will soon get the message.

Hi Souvalis, that’s the difference between RU and RL, Ricky Stuart a high profile stakeholder in the game and thinks intent matters and incidents can be excused away as accidents will happen. Lack of intent shouldn’t cancel out recklessness and poor technique like Cotric and Trbojevic (he should have been sent off and given 3 weeks also). Consistency is an issue, but Stuarts view is at the wrong end of the spectrum of where that consistency should fall.

Hi Pickett, maybe RL needs to go down the RU approach for lifting and head high just for the sake of the players.

I’ll have a look.

I agree Peter, RU refs don’t worry about drama or anything else for that matter, a yellow card infringement/foul is a yellow card. RL needs to adopt that mindset. My point was just its been and in the right circumstance an unintentional positive when a yellow is handed out and we find 14 on 15 for 10 minutes.

Cheers Alex, The flow if nothing changes will be of positive CTE diagnosis.

Hi Cadfael, Its not as though what Rugby have done is any secret. Even rugby followed the football system with the yellow and red card system. Sometimes you just have to follow the benchmark.

Hi Rugby is not perfect, far from it. But yes the RL culture around refs treatment during and after games is affecting their decision making for sure.

Hi Souvalis, absolutely right on… “No one,objectively would..it’s a zero course of rebuttal and insignificant to the argument”, but it so often said by people of influence after incidents, the RL world is saturated with this irrelevant statement that it seems to have bearing. Even tigers coach McGuire thought Ponga did nothing wrong, and the 3 weeks for Cotric spear tackle, that’s a 5-6 week and definitely a spear tackle. On Ponga he doesn’t need to say he is playing the man, that’s what the video replay is there for. “to wedge his body between the ball and Cheekam would have..ie there was no tackle”. Unfortunately for the Chee Kam, Ponga’s attempt to wedge his body between ball and body resulted in illegal contact with the player. No intent but it still is foul play. Agree RU has very dangerous collision body positions in and around the breakdown, but their are rules that are enforced that protect players.

Cheers Cole, the failure to send off Burgess for the eye gouge is the result of that culturally ingrained attitude that the spectacle of the game is most important and the refs fear of criticism. Protect player welfare and applying the rules correctly, easy. Even if he got sent off, there would have been someone who made the useless comment that the game was over as spectacle because they were down to 12 men. Who give a toss, what about the player who nearly had a damaged retina.

Cheers Benny, I didn’t get to write this in the article, but I think there is a view within RU that a sin bin (yellow card) adds to the drama of the game. I love it when a team is 10-12 points down, they are attacking the line and player makes a cynical infringement, and they are down a man for 10 minutes trying to maintain the lead while the team with the 1 man advantage are going hell for leather trying to bridge the gap.

I don’t disagree, but there is a lot of group think and the same loud voices in RL that make it hard for fresh perspectives in debate to filter through. Yes I would say RL is culturally inferior when it comes to the respect for laws of game, the refs and sanctioning bodies. Agree Cheika’s a whinger. But that’s self interest for you.