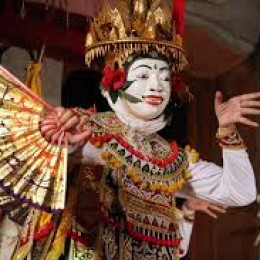 McKenna’s trip to Ireland at this time was arranged and approved pre-season so don’t accuse the club of being weak on this. If we want the best from our Irish recruit(s) then we must respect their family links. Cut them off from family and we could lose them. The homesick factor is a big issue for interstate players and more so for those coming from overseas.

If Essendon keep their form they could make the Top 4. Win all 5 they could end as 2nd. Most likely scenario is finishing 5th and playing a home final against Adelaide, Footscray or Hawthorn, Lose to Footscray and Collingwood and they may miss the 8. Lose to Fremantle as well and they’ll definitely miss the 8. The result this week will be critical. Lose and they’ll be history. Win by 60+ and they could leapfrog Richmond or Collingwood. I expect that Richmond will defeat Collingwood and Essendon plays Collingwood in final H & A. Many possible scenarios but only if Essendon win next 2 weeks against GC and PA and favourable results in rivals’ games will there be any real sense of their possible final position might be.

Yes, great bunch of youth coming through. Although in the 2nds at the moment and having had an interrupted pre-season, Begley seems to have improved significantly since last year. Could he be the Bombers “Cripps” or “De Goey” next year. He seems strong enough but just needs to build his tank. What do you think?

Good speculation Nathan. Isn’t it wonderful to be able to dream? It is a distinct possibility that the Bombers could win the next 5 because the Colliwobbles have returned. However, the Bombers have danger games – Bulldogs and Port so although I dream with you I am afraid the bubble will burst. A month ago I was afraid of meeting Collingwood or Geelong, but look at them now! The biggest threat come finals will be Richmond. Maybe they are still a bit soft with players returning and now is the time to strike because if they get a top 4 position they will be mighty hard to beat. In the meantime, let’s dream on!!

As a Bomber fan I think you are too kind on the Bombers this week. It’s time for their injury toll to explode with so many key talls out against a team that has them in abundance. This is the recipe for a slaughter. The caviat to that is if it rains the whole game and the Bombers small fleet get on the move. All said I expect a slaughter but will watch the game with my fingers crossed.

In recent weeks I have watched Hartley in the VFL. In the backline he has been very solid but when moved forward he’s been a surprise packet and goal kicker. I would love to see him in the AFL forward line (CHF) and his long accurate goal kicking could help the Dons forward line find some potent structure.

If the Score Review eliminate the howlers then it is a valuable tool.

In comparison, there are many marks that were finger touched by an opposition player in a marking contest which are allowed and subsequently a goal followed. Where’s the weekly uproar? How many “advantage, advantage” calls have we witnessed after everyone stopped then some player decides to test “advantage” and races in to an uncontested goal. Where’s the weekly uproar?

The problem with fingernail touches, “Oh, I saw the finger move” – well is it not possible the finger moved for some other reason? Escpecially when the image is all blurred? Was the finger, [erhaps, already moving in that direction? Possibly. Let’s not over react. Put it in an overall context where obvious touches and deviations impact the decision ratjher that 45 seconds of a very blurred vision of a maybe or maybe not decision.

Don’t get rid of the score review, just review it

Are Richmond actually set to miss the finals?

Tigers will make the Finals, as will Essendon but sadly Lions will drop out, and so will Freo.

Are Richmond actually set to miss the finals?

Since Collingwood VFL won’t be in the finals there’s no chance of that. He either comes in or it’s next year. Maybe in his absence Colliwobbles will return and the Pies miss the finals!

The decision against Stephenson matches the seriousness of the offence. There can be no tolerating any gambling by players and officials on AFL Games. They are all trained, grilled and warned well ion advance that this sort of behaviour will not ever be tolerated. Any such gambling opens the door to organized crime, game fixing, brownlow fixing, goal kicking fixing and a host of bet fixing such as 1st goal, numbers of goals etc. It must be stamped. Must not be allowed to grow. Not allowed to be treated softly. I applaud this decision by the AFL to guarantee the integrity of the AFL competition. Nevertheless I do feel sorry for Stephenson, but I guarantee he’ll never try this again!!!

An example needs to be set and reinforced – no betting by players in the AFL! Betting increases the possibility of result fixing and must be wiped out. Heath Shaw’s case should be the basis for a decision and make sure this ugly aspect of the game never returns. Put him out for the rest of the H & A but then let him return for the finals.

Stratton’s pinching highlighted for several weeks i.e. Cameron and Fantasia, is a cowardly kindergarten bullying tactic that needs to be stomped out! It’s a disgraceful act that brings the game into disrepute. A fine is insufficient. He should be ent to the tribunal and scrubbed for a week with the addition of a strong warning if there are repeats.

Stratton should be banned for 1 week for his dirty pinching tactic plus severe warning from AFL for bringing game into disgrace. His tactic over several weeks is kindergarten stuff and AFL should act. Just plain dirty!!!!

Hawks and Bombers commemorate their history with a 3QT melee

Knights was terrible in the way he handled Houli. Houli would come in, get 20-30 possessions and after an Essendon loss Houli was demoted. Knights kept dropping him so Houli left and became an All Australian Richmond Premiership player. That summarizes how good Knights was and he had to go. Maybe a great Assistant but no-one has wanted him as a coach after that. Maybe Woosher is on his final legs at Essendon but deserves a final crack at it next year. After all he was great in recovering Essendon out of the drugs disastrous slanderings. He gave us some respect again and this is shown in membership growth. If he can’t do it next year then he must go, unless he feels that he himself needs to step aside at the end of this year. He is a premiership coach and deserves this final chance.

Isn’t that what the article says? No correction needed it seems unless alreasy corrected before I read it!

Josh, another talking point from Round 11 is the Rising Star Nomination.

Stack played OK but didn’t rate in the Coaches votes. Clarke, in only his 2nd game, dominated Cripps, one of the AFL’s best midfielders, helping to ensure an Essendon victory as well as being rated the 2nd best player on the ground by the Coaches.

Surely, Stack is a rising star, but this week the best of the young brigade was Dylan Clarke and those making the decision were not basing the weeks nomination on this weeks performance. What do you think?

Five talking points from AFL Round 11

Carlton should confirm Bolton as coach for the rest of 2019 announcing no decision will be made on the coach’s future until season’s end. Nevertheless, quietly checking the availability of a suitable replacement in case they decide to release Bolton.

Hiring and firing in the AFL: what to do with Brendon Bolton?

Yes Essendon has been frustrating and hot and cold. Is the coach totally the blame? I think not. He has created an exciting brand of attacking football but our 3 CHF options are all injured – McKernon, Brown and Stewart, then having Smith and Fantasia out for several games each, it is hard to be what you want to be but yes you still have to find a way to win and that’s what they did Saturday night against Fremantle. We played ugly defensive football against a very defensive team, and we beat them. Winning ugly is not beautiful, but winning ugly is better than losing. It shows Worsfold can put a diffirenet plan into operation when needed, and we did. And we won!

Careful Essendon, don’t bite the fans that feed you

Indonesia, a Muslim country, has a national holiday for both Christmas and Good Friday. There are 40 million Christians in Indonesia, a country of 266 million, and it would seem that Indonesians have a greater respect for religious traditions, generally, than we do in Australia.

Israel, Gazza and the controversy

Reasonable article Nathan, but would have been good to have mentioned the new kid, Brayden Ham, and what he could add to the Bombers line-up in the future. He’ll probably miss the ANZAC day game with Smith and Zaharakis coming back in but Ham showed that the Bombers have some good kids develoiping in the VFL where they look to have a dominant year in 2019.

If power rankings reflect “power and form” then the Gold Coast are too high – scratching through but no power. Brisbane were just wallopped so a bit high and Essendon’s last 2 weeks were full of power and surely must be higher. If it was based on ladder positions it’s a different picture but this is supposed to be POWER rankings!

Cameron, a question not on this topic.

Where on the ROAR’s [age is there a link to the TIPPING Competition?

There are good reasons to be nervous about the 2019 season especially on how the new rules will work and what impact, positive or negative, on our favourite players and teams. Some rules appear destined for success, eg 666, hands in the back, ruckmen taking possession at the bounce and the kick-in. Others are in doubt such as the runners rule and the extra 50 meter rule. Time will tell. Another rule, not a new one, ie giving the ball straight back to the one who gained a free kick, makes me worry that the new rules will not be administered consistently. How often do we see a free awarded, and the opposition player with the ball just puts it on the ground and runs off. This is particularly noticed when the ball is on the boundary. Whatever happened to the 50m penalty for that? If current rules are not consistently enforced, how can we trust the new rules coming in?

Why the AFL is secretly nervous about season 2019