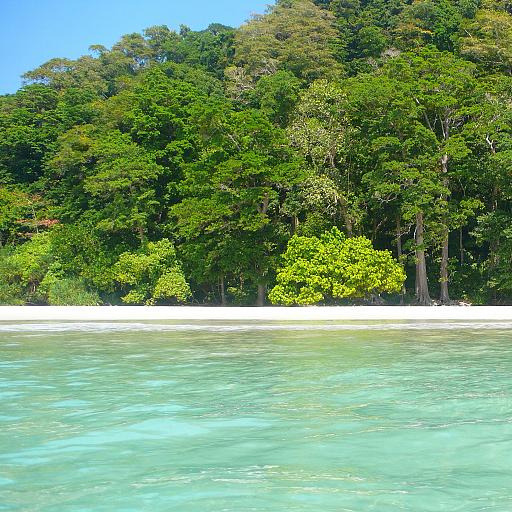 Jeff hasn't published any posts yet

“The removal of the paywall subsequently came at the same time Haynes called for change.”

So, outside of the finals, Nine is only showing the Australian matches? So 8 of the 45 matches?

The players will be fine for the reason that hey are high profile. Nothing will get through the security protection around them. However it will be the perception of individual players that may see some of them pull out. Paine inferred in November that there were some players who were concerned.

With the Pakistani Taliban breaking the ceasefire in December, it’s probable there will be a wave of incidents leading into the PSL next week and then the Australian tour. These wouldn’t be targeting the teams as the logistics are too great; the intention of the TTP will be to undertake easy attacks which has the same effect of creating domestic and international attention and putting pressure back on Imran Khan’s Government to meet its demands.

I guess the Smith v Anderson over is a moment because it was the last over of the match. But reckon I would squeeze that one out of the top 5 to include Bairstow’s gutsy knocks in Sydney.

With the bomb blast in central Lahore on Thursday that claimed several lives and the attack on the police post in Islamabad on Monday that killed a policeman, if some players decided not to tour Pakistan, it would be interesting to see who would end up in the teams as replacements.
–
Could we see the returns of Aaron Finch and Tim Paine to the Test side? 😱 Aaron Finch will already be in Lahore for Australia’s four matches there.

OK. The WA borders no longer open the day after the series was due to finish 😂

If you’ve paid for last year and this year, talk to them, as you may be able to get a payment holiday for next season.

Last year they introduced the option to take a 12 month break, without having to go back on a waiting list.

If you have paid for both years, it would be worth asking the question – current membership levels don’t go close to filling the allocated members seating in Perth Stadium, so they may well be open to giving you access next season, without paying.

I wonder whether the last couple of covid-impacted BBL seasons, which have compounded what was already waning interest in the BBL (based on ratings and attendances in pre-covid seasons), will see CA seriously think about adopting a new format based on the ECB’s Hundred in the very near future?

Problem is, they’d likely aim to still keep both the BBL (albeit in a shorter comp) and the new Hundred-equivalent, which combined would simply further eat into FC fixturing, whilst at the same time ensuring both white ball formats canabilised each other re public attention.
–
Re the Smith issue; I think CA is over-stretched already re not being able to keep on top of immediate administration/implementation, let alone thinking about what is best for the BBL comp, the broader game or standing back and properly thinking about a strategic approach to scheduling and how to manage competing interests. I suspect they are playing perpetual catch-up, focused on decisions relating to content quantity, not quality.

Finishing maybe 4/5 weeks before the ODI WC in India.

“However, you will not find much explanation of the rankings on the ICC website”

You won’t get much explanation of anything on the ICC website, Dave.

The way England twisted and turned potential competitiveness into continuous defeats via by poor selections, batting collapses and ordinary fielding, I reckon that earns England a high degree of difficulty. Perhaps along the lines of a 2 1/2 somersault with double twist – very difficult to actually make happen.

Kudos to their endeavour to implement it. One could almost be fo oled into thinking they practised it beforehand.

I think that’s exactly what’s happening with the Ashes TB. The below statement was made by Nick Hockley in October – note the certainty of the last sentence from Hockley. Then note Smith’s statement 2 weeks ago re it being August.
—-
“We’ve been working over recent months to look to reschedule, and we think we’ve found a window in the calendar in 2023 to reschedule that tour,” Hockley told a media conference in the wake of CA’s annual general meeting today.
–
“Our relationships with South Africa are very strong. As we said at the time, we were very disappointed and I know our players were extremely disappointed not to be able to go to South Africa.
–
“So we’re pleased we’ve been able to find a window in 2023 to reschedule that tour.”

Plus 2023 would include a potential WTC Final.

That couldn’t be played until after the AUS-IND series which will turn out to be the last this cycle.

Which raises the question as to where and when?
– One of the finalists?
– NZ as the current title holder?
– A pre-determined venue?

An IND-AUS series finishing end of March, doesn’t leave much time in the season left to play it in most of the southern hemisphere, though potentially they could pre-schedule say Auckland mid April?

The India tour this year also contained some T20s in addition to the Tests. I suspect what will happen is the T20 component of the tour will be retained (which makes sense as a lead in to the WC) and possibly be expanded by a couple of matches. That series could then comfortably run last week of Sept/1st week of Oct.

I don’t know what is going on with tours next year!!

I do know that the tour of India for this year has been pushed out to late Feb through March next year – the tour companies have already rescheduled and are taking bookings for the revised period.

That Feb-Mar 2023 period would have been the window for the tour of South Africa that was covid-cancelled in 2021. However the India rescheduling has taken precedence and locked down that spot.

BUT, CSA Director of Cricket Graeme Smith said in the last week (on SuperSport during the Cape Town Test) that Australia is to be confirmed for a Test series in South Africa for August 2023. So it sounds like he must have progressed discussions with CA to come out and make that statement.

August!? That month is not unheard of – NZ played a couple of Tests in August a few years back (Durban and Centurion) – but highly unusual.

HOWEVER, August 2023? That’s the middle of the Ashes tour?

Could it be that the Ashes series is going to be an unusually early one, finishing in July? Last series was 5 Tests in 6 weeks, so quite possible if they start mid June.

And has a 3 way get-together between CSA/CA/ECB already worked this out? (Has Graeme Smith let the cat out of the bag)?

Would it then be such a coincidence in “fitting Australia in to the South Africa tour” that it finds the ECB then running The Ashes mid June to July, thus leaving itself a clear window through August for its premier competition….THE HUNDRED!

Was referring to the comments re bowlers JN

But that’s the decision they will have to make – Langer is not going to fall on his sword and if the players had wanted him to be given a new deal, what’s been stopping them from declaring that viewpoint publicly?

There may be some copyright issue preventing you from reporting on Cummins’ actual comments from earlier this week – presumably because he gave them to someone else?

So thought it would be helpful to detail it here – see below.

Beyond that, if the Board-appointed Australian captain – or indeed any other senior players – came out and not only spoke for the Board, but indeed advised the Board publicly on this matter, in a very specific way re “yes” or “no”, they should be sanctioned by the Cricket Australia without hesitation, and rightly so.

TBH, I can’t think of any other major professional organistation or corporation where a journalist would expect – at all – a CFO to be passing private views on a Board’s future decision making on a CEO. Or a division head doing likewise on another division head. In fact were that to happen, I wonder what the ramifications would be for that employee from above?

“That’s above my pay grade,” he said, referring to whether or not Langer’s contract will be extended once it expires following the tour to Pakistan in March.

“We’ll wait and see, it’d be nice to have clarity for everyone.

“He’s been doing a fantastic job, we absolutely love JL.

“The plan has always been to chat about it after the Ashes, so the powers that be, I’m sure, will chat at some stage.”

Langer digs in for long haul, players silent – CA needs to make up its mind

The rankometer must have a low setting for England’s quality as an opposition vs Australia’s.

Well the borders open the day after the series was scheduled to finish, so probably wouldn’t have mattered.

I see all my family. As much as I try to avoid it.