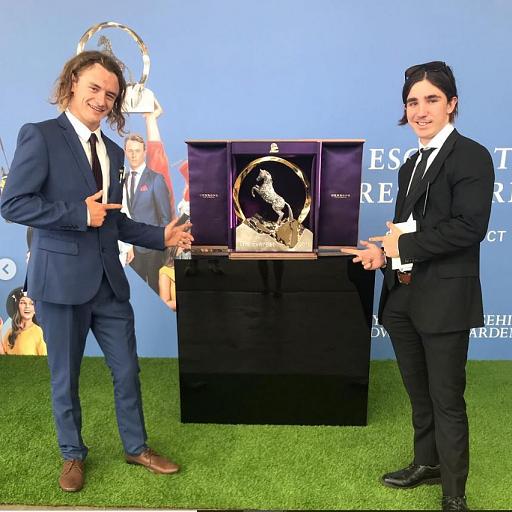 Back-to-back finals MVP, Kevin Durant is arguably playing the best basketball of his career and making a case to be considered as one of the legends of the game. 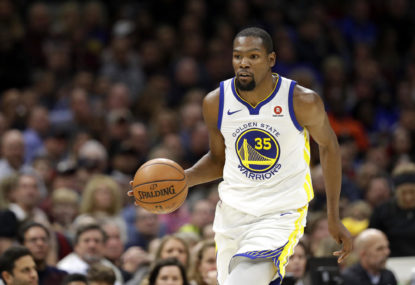 From boos to yews for the New York Knicks

For the second time in the last five years, New York Knicks fans have booed one of their lottery picks.

From boos to yews for the New York Knicks

The shining light left in Cleveland

It’s next to impossible for a franchise to be left with anything at all after the departure of the greatest player in the world, LeBron James.

The shining light left in Cleveland

Isaiah Thomas and his fall from grace

The 60th overall pick in the 2011 draft, Isaiah Thomas, may have had the quickest fall from grace in NBA history. 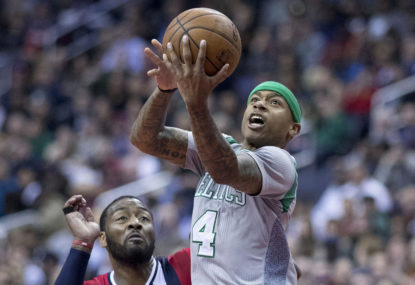 Isaiah Thomas and his fall from grace

The next team of the East?

After trading away their lone all-star in Paul George last season, the Indiana Pacers were perceived to enter a rebuilding stage. 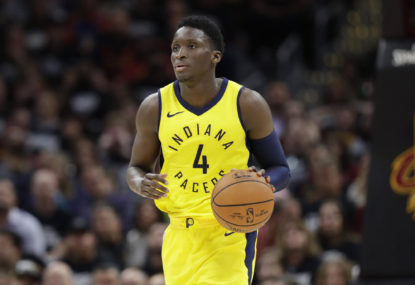 The next team of the East?

Not comparing the draft but the hype was insane, I wasn’t saying he was more hyped than LeBron but he was the most hyped player since LeBron. I remember his first Summer League game being sold out.

Ball and Fultz were regarded as a tier above everyone leading into the draft, they could have gone either 1 or 2 and no one would have shaked their heads.

It’s crazy how quick people are to turn on these young dudes, everyone was on the Knox train in summer league but after his rough start, everyone had a change of heart. I like Knox, he has the tools to have a solid career.

One to watch: Kevin 'Knox' the haters

Hi, I used The Jump’s concept as a format to write the article, but none of the storylines I used were taken from that.

Sabonis and Harrell are killing it, but surely D Rose is the front-runner for 6th man.

Come on man this is ridiculous

Could Steph Curry be the best of all time?

Hi mate,
Are the players not selected in the traditional East vs West format then the starters and reserves are up for grabs in the all-star draft from there??

The day The King retires is a day that I am not prepared for.

Why LeBron James is possibly the greatest human alive

We nearly saw Harden and CP3 take them down, so it is possible but a hard task.

Luka hasn’t had a year in the league yet and I think he will be the 1st or 2nd best player in the draft, all these players on the list didn’t have huge seasons last year and will potentially see a big jump. I think Luka can get ROY though.

The Mavs will be a fun team to watch, but because they are in the West I can’t see them making much noise. In Dirks potential last season though I can see them looking to push towards the playoffs, it wont be an easy task at all though.

LeBron is gonna do it, he is for sure capable of it.

Yeah, I think he sits in the top 15 somewhere, the headline was just a topic for discussion in order to see what other people think.

He was really good in spurts. With less pressure and an entire season under his belt he should be better.
You’ll see.

Bogut has made the NBL something to actually look forward to.
I’m keen to go to the season opener.

Yeah J Issac! I completely forgot, he looked so good at summer league and everyone just forgot about him last year.
Let’s hope Dante lives up to the contract he just signed as well.

They get paid for it but it still would sting getting traded, especially when you’ve given so much to a city.

It’s like you’re at a job that you really like, you’re comfortable and you’re good mates with everyone there and you have built a whole bunch of achievements there. But then you get told you have to move to work at a different place, because they want someone else. Yeah you are making the same amount of money but you have to leave everyhting behind and move.

Basketball is their job and they get paid a lot but it still hurts when you get moved around.

Really bad trade for the raptors, he is outta there next year

Mitchell is no doubt the best player on the Jazz, Gobert is a defensive beast but he couldn’t post up on Isaiah Thomas. Simmons has no jumper and that means the defense can exploit that as we saw in the Philly v Boston game. Mitchell has to be picked up beyond the perimeter and he has the capabilities to be a great passer but due to the Jazz and their lack of shot-creators, he has to create for himself an carry that load offensively

Yeah true but he still won it deservingly

Come on mate, Mitchell led a worse team to the 5th seed in the West and past the OK3. Simmons couldn’t even beat a baby celtics with Joel Embiid alongside him. Mitchell does things that doesn’t show up in the box score. And yeah Simmons is an aussie and I love him but Mitchell is just a better player hands down. Simmons isn’t even the best on his team and you could make the argument that Tatum is better as well.

Not really, I think after proving that he was a main reason for the two rings then everyone has kind of layed off him. You see that in the media that people have got over the big move like they did with LeBron. Everyone counts LeBrons two rings with the heat.

The debate is that from his career s far, he is already an all-time great.
That has happened to a numerous amount of great players, for example Kobe and Lebron and based on Durant’s talent and ability makes him eligible for this conversation.
And the list I’m referring to an opinion of all-time greats