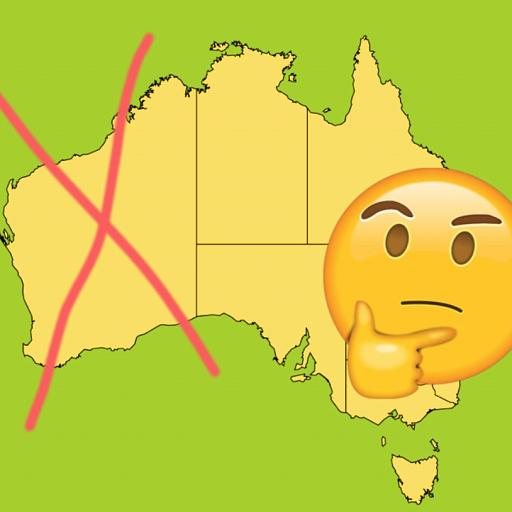 As I sit here sweltering in the summer heat pondering yet another discussion about State of Origin I’ve come to the realisation it’s time for something different. 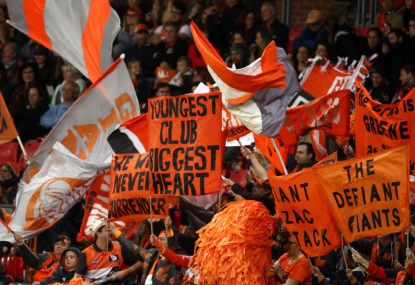 It started with the whole “journalist breaking news” bit at the end of the game. Then Mark Stevens was given preference to ask the first “hard hitting” question of every press conference. They want the journalists to be celebrities; I’ve heard them talking about how important a part of the “footy industry” they are. They believe that they are celebrities and they’re just as important as the players. They absolutely want to be part of the story.

It’s too easy for people to be idiots on social media. They say things they’d never say to a persons face. Social media will destroy our society.

When we get footage of reporters asking questions in the press conference, because they’re part of the “production” they’ve jumped the shark.

Channel 7 is obsessed with “stories” and “narratives” – they don’t actually care about covering the game properly. They have a misguided belief that people watch the footy for this human interest component not the game. That’s why we see crap like the Auskick kids asking the players questions and that stupid fan wall thing instead of game analysis. That’s why the commentators pick players to talk up; it’s not coincidence that they do that every week.

Touche…What I’m referring to here is the inconsistency in application of the rules, not who won the free kick count. I just used one example from that game because it was the last one I watched and it’s fresh in the memory.

That was dismal by the Dogs. Flogged by yet another tall forward line; the big boys must lick their lips when they know they’re going up against them.
The Dogs are looking very much like a fair weather team, literally. Their game style falls apart when they can’t be clean with the ball and it took them 2 1/2 quarter to adapt to the wet, by which time the game was over.
Carlton were too intense for them in the first quarter and they didn’t match it. No doubt having a few first-22 players out hurt them with the bottom 3 or 4 not good enough last night, but they have to stand up; look at Bailey Smith, he gives it everything and he’s only played 28 games.
I must say there was some very ordinary umpiring over the weekend; the change to the holding the ball rule has created even more inconsistency and incorrect decisions. Last night Caleb Daniel was pinged even though he was tackled as soon as he got the ball and tried to get rid of it, because he had his head down (apparently that’s prior opportunity?) yet Jack Martin got tackled and put the ball on the ground but it was play on. Carlton kicked goals from both incorrect decisions.

I’ve read that article about the TV coverage and it’s excellent. The author basically says what a few of us on here have been saying for a while; they need to actually analyse the game, pan the cameras back so we can see more than the player with the ball and give us some shots from down the ground so we can see the teams set up.

Dare I say it AD (I’ll stick to you pseudonym for now if it’s ok with you), you’ve overrated the Dogs here! They were woeful last night, and can’t expect to be a top eight team when they give up when they’re down. It’s becoming a worrying trend – when they lose they lose badly, because players stop trying.

It’s still grass; it still gets chopped up with use. That’s the original reason they got rid of the seconds games before the seniors.

Sounds like a rumour or urban myth rather than common knowledge.

The point about the grounds is perfectly valid Paul. Even my local ground used to get chopped up, especially when we’d had regular rain, if it got used too much. We used to train on it twice a week and play there every second weekend, and so did the soccer club, and we’d have to stay off the centre square area by the middle of winter.

Looks like we all overestimated Brisbane. Although, they’ve lost to Geelong 18 out of the past 21 matches, or something like that. Wish I knew that yesterday…

Get out the popcorn, this one’s going to be good. Hopefully his teammates will back him up when he cops the inevitable push and shove. He should put his money where his mouth is and use it to put the pressure right onto Naitanui – run him around all day and give him lip when he goes to the bench or doesn’t defend.

I don’t think you do find it amusing. I certainly find winding you up amusing though! Saints are no good anyway…

No, the medicore comps that are the poor cousins to the might of the VFL.

Fisher is in the top half dozen most important players at Carlton – he’s the one that gives them some dash and dare.

Yeah the long bomb to a pack has never worked in the history of the game; it should only be used when there’s absolutely no other option. Going backwards and maintaining possession is a better option I reckon.
How do the Dogs rank for clearances in the past 3 weeks (albeit against some ordinary opposition, other than GWS)?

I would try for sure. He’s a super player.

Yeah the Dogs were witches hats that night; that game isn’t a good indicator of the quality of the teams.
The good teams this year are/will be Brisbane, Port, Collingwood, GWS, WC and the Dogs. No others have a chance of winning the flag.
I write St Kilda off because they’re crap.

I’m tipping Freo. St Kilda are being massively overrated. They still have a crap midfield, an average forward line and an average back line. They’re like GC – early season form is inflated by beating teams that are down or just bad. They won’t be able to handle the decent teams.

The big challenge for the Blues will be getting their hands on it from stoppages. Cripps will need a big game, otherwise those big forwards will get very little supply.

The Dogs will stick Toby McLean on Docherty and he’ll take him out of the game.

“The weight of their past success”…2 flags in their history, that’s not weighing them down, it’s long forgotten.