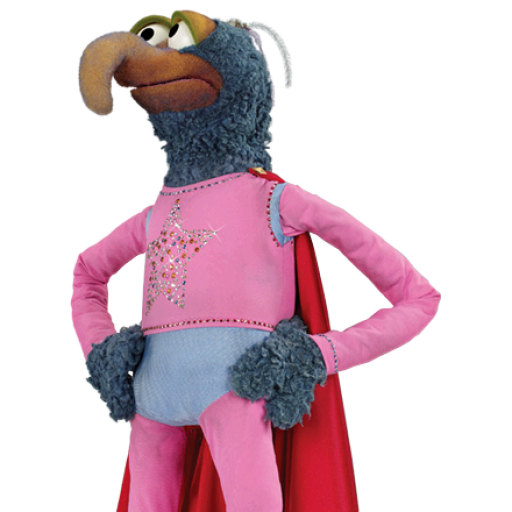 Winning isn't everything; trying to win is.

It certainly looks like Collingwood has Richmond’s measure at the moment, that’s 2 shite performances in a row for The Tigers against The Magpies, one was last year, but still, not a trend you would want to continue.

Ten talking points from AFL Round 2

This is simply pie in the sky stuff, never going to happen.

And if my memory serves me correct, hasn’t this been attempted before? Perhaps prior to the A-League, but it didnt work then, and I doubt it will work now.

And just because you align yourself with another professional sporting club, how does that make you a ‘super club’?

Only one thing makes a ‘super club’, and that’s winning….alot…and often.

Until then……your just another hopeful startup franchise looking for some oxygen.

Will Western United be the A-League's first super club?

Why dont Sydney FC just play in the new stadium in the West??

Football is the biggest loser from Sydney's stadium debacle

Depends who you ask I guess?

But if you break it down to have either team improved since the trade? Or are they closer to a flag now than before?

For mine, Adelaide has….perhaps just. Getting Bryce Gibbs in, keeping Rory Sloane, and finding alternatives to the midfield group, keeps them around the mark.

For Geelong, they have been treading water for awhile now, while keeping their head above the tide. I am not sure trading for seasoned veterans is sustainable long term, and eventually, as you mentioned, it will take it’s toll. So for me, Geelong are probably further away then they have been for awhile.

However, would Adelaide still like to have Danger’s line breaking speed as he kicks this way and that, probably….

They are all valid points you make. But the elephant in the room is that with so much sport available, would you rather watch a second rate standard of competition, or watch the best from Europe?
I am all for supporting the local comp, but when it comes to standard, it just doesn’t stack up.

Because ultimately the A League is just small potatoes when it comes to quality leagues available to be viewed from throughout the world.

So until the competition creates some excitement, some real, not manufactured excitement, then it will always struggle.

Have the A-League's ratings tanked because people no longer watch TV?

I think your being a little unkind to Dylan Shiel, he is good, just not consistently enough. And I think you will find he will make a big difference to The Bombers fortunes.

But your right, Essendon are not a lock for the finals, particularly at this time of the year. If their depth is not as good as you would have us believe, then injuries could curtail their season, just like any other side.

For mine, their ruckman are a major concern. Recruiting Zac Clarke is enough evidence of that. Shaun McKernan has his moments, just occasionally in a game, and probably once or twice throughout the season. Tom Bellchambers needs to standup, unless Joe Daniher is pushed into the middle, which is not a viable option long term.

Essendon will be around the mark for a finals spot, but who will fall out to make way for them…..and Adelaide, and all the other sides who think they can make the finals this year.

Essendon aren't the finals lock you think they are, and here's why

Agreed. Anybody who refuses to play Bruno Fornaroli gets zero sympathy.

Six talking points from A-League Round 18

History would suggest this club has never been able to get it together, and more importantly, keep it together…

I am really worried that the calls for a 2nd division may be detrimental to the game in this country.

Whether people like to hear it or not, soccer/football in this country will always be in the shadows of the bigger codes. I can hear the bleating about youth level participation, but does that transfer to people playing the game at a senior level??

So the game will always tread a very tenuous path along the national sporting landscape. Therefore if the march to a second division is not handled correctly, it may just tip the scales in the wrong direction.

However, your calls for using the NPL is logical, but I look forward to the day when one of the foundation clubs are relegated, and only then will it be a true test of the character of the club, and the people aligned to it.

How to implement promotion and relegation in Australian football

Unfortunately for Arnold, promising that we were going to play like Liverpool, may not have been a wise thing to say.
Firstly, Liverpool haven’t won anything under Jurgen Klopp (yet!)
And secondly, as good as some of our players are, they are no Mo Salah, Sadio Mane and Bobby Firmino.
Perhaps if Graham had his time again, a softly, softly approach may have been a better alternative.

Would Steve Corica and Graham Arnold like to swap places right now?

While Garry Lyon is well within his rights to earn a living, somebody should gently tap Garry on the shoulder and tell him to move on. Because after his antics, he really has zero credibility anymore, in his chosen field.
Surely even Garry can see that commenting on how AFL footballers behave, is a bit beyond the pale. Whether or not he did anything wrong, the court of public opinion has spoken, and I suspect it is not on Garry’s side. Just as everybody can see Jack Watts is a goose, and Port may be starting to regret recruiting him.
So perhaps Garry should be put out to pasture, and Jack Watts pushed out of the door at Alberton!

Never been a great fan of Arnold, but unfortunately I think the injuries suffered prior to the tournament hurt our chances.
It would have been a far better side with the absentees but with a glass half full scenario we uncovered Ikonomidis and Mabil.
But the way we play is never going to help any striker, Mark Viduka anybody?
Unfortunately world class strikers dont fall out of trees, and we have been crying out for one for quite some time.
Happy to give Arnold the benefit of the doubt, but the template has been set and we will need to find a solution to what teams do against us.
But it’s been a long time since somebody went back to back in the Asian Cup, so all in all, well done lads.

Somebody needs to telly young professional sportsmen (because professional sportswomen don’t seem to suffer from this affliction), that no matter the time, the place and the people, what ever is filmed, regardless of whether you are the guilty party or not, will see the light of day at some stage!

Warning: Stay away from people who have their phones out (unless they want a photo of course!)

Fair call but perhaps Brisbane’s stadium is just to big. Fine for Broncos games, but the only time the Roar are going to get near that are finals time. And lets be honest, thats not happening this season.

Maybe a smaller boutique stadium is what is required, which may/may not give the desired atmosphere.

Whatever happened to supporting your team no matter what?

So basically more teams would make the finals, then miss out?

That is surely not the idea behind September action. It is for the best of the best of that season. Without any statistics to support me at this time, I doubt over the last 10 years, that teams 9th and 10th where going to have much impact. Yes the Bulldogs won from outside the top four but, that is more the exception than the rule.

It seems highly likely that the AFL would support this push, but for me, its a no.