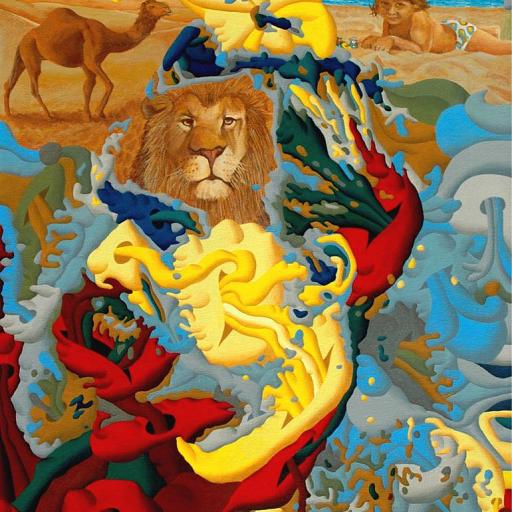 Jules hasn't published any posts yet

Looks like the poor quality of umpiring is the new normal and not just a high-pressure Ashes thing. Khawaja’s LBW against NSW was probably even worse, because it clearly struck him very high on a pitch where the ball was generally going over the stumps. One can’t help but feel sorry for the guy, such a talented batsman….

They’ve tried that, with only limited success. Ultimately nothing works in England, not even Erasmus. Australia are just not getting many LBWs given out this series, the slightest doubt and it’s given not (then HawkEye has it hitting), yet Broad is hitting left-handers from around the wicket (where there’s always some doubt) and consistently getting them given (then HawkEye has them just clipping or not even).
There’ll probably be more criticism of Paine for how he uses DRS again now, even though such criticism only ignores: (i) that a captain can only routinely cost his team runs with “bad” DRS calls if the umpire routinely gives demonstrably bad decisions against his team; and (ii) the umpire is the one who’s meant to be concentrating on whether it’s out or not, not the players and their captain. Ultimately, not too worried about the two bad decisions last night though, because we were never going to win this test anyway and have already retained the Ashes; nowhere near as painful to watch as the Lord’s decisions on Stokes (which would’ve turned the game in our favour) or the Edgbaston Stokes decision of course (which would’ve retained us the Ashes before we did). Fair play to England, our boys look mentally on the plane and have been punished accordingly on a good strip.

To clarify, Spruce, I meant their career averages were over 50 throughout the time they were going through a lean trot; my research confirms the validity of my statement above. I’m not stupid enough to suggest that averaging 50 is a form slump, but can see how you misread it and am also on the angry pills over Warner’s selection, so have some sympathy for you.

James, Khawaja is a clear alternative to Warner, with a decent test average, heap of first-class runs, better recent opening record and much better form.

In 1992, Mark Waugh was much younger than Warner is now (closer to Travis Head’s age, so could be persisted with as one for the future) and was, in terms of technique, vastly superior to Warner.

Fair enough, but I reckon all of those three were averaging over 50 throughout their form slumps and/or not already 33 years old.
Hayden is the clear comparison, having been given an Oval test to get himself back into form, making a hundred and then dominating for a few more years afterwards to end his career with an average over 50. I’d be delighted if Warner can do that, but I don’t see it happening.

If I can dare to speak for the brigade of Roarers who thinks Warner should have been dropped: If Warner is going to get picked for a game in England against Broad after three ducks, looking terrible and averaging under 10 over four tests, then he’s a certainty to be picked for tests in Australia (where he averages about 25 higher than he averages overseas) and probably until he decides to retire. So he might as well finally deliver an innings of consequence, help us win the series and use the flatter Oval surface to get in some long-overdue form for some flat-track bullying against Pakistan and New Zealand.

Spot on! So now we see that CA’s post-war Town ban on David Warner being captain did not extend to stripping him of the untouchable status previously only afforded to actual captains. Of all our test batsmen over many decades, I can only remember Taylor, G Chappell and Clarke being allowed a form slump as bad as Warner’s without being dropped.

Or Joe Burns the same number of chances as David Warner…

So now they’re neither picking on recent scores and form (otherwise Khawaja and/or Head would have to play ahead of Warner and even Harris) or “for the future”, because they’re leaving in yesterday’s relatively old men like Warner and Wade ahead of a guy they were hoping could establish himself to become the next captain and an accomplished bat who could solve the opener problem for a few years (Khawaja). The only possible conclusion is that they’re just picking their favourites, which is, frankly, a disgrace.

How Warner and even Harris can retain their places with Khawaja and Head on the bench is beyond me. At least the latter two played a couple of decent innings each and averaged well over 20 instead of under 12. All while Langer talks about picking on form, I just don’t get it.

Poor old Khawaja. If he doesn’t get back into the side when all three incumbent openers are averaging under 12 (and he was averaging over 20 effectively opening anyway), then the people who count really mustn’t like him.

So, with what is coming out of Langer’s mouth, it seems like Warner is going to play and there’s no mention of Khawaja returning. I’m very proud of the team for retaining the ashes, but will be terribly disappointed if the management so flagrantly plays favourites instead of selecting on form and merit.

With the urn retained, how do we approach the fifth Ashes Test?

So why didn’t Warner play in the county games after the first and third tests?

With the urn retained, how do we approach the fifth Ashes Test?

I like the batting line-up, but if you want to win the series, at least one (if not both) of Hazelwood and Cummins has to play.

The XI Australia must pick at the Oval

I think England’s test side most desperately needs a different personality (and better tactician) as captain and should let Root (who is, in some ways, an English version of Smith personality-wise) concentrate on batting. The problem is who? Stokes is their spiritual leader and has some great fight, but has had too many off-field issues (to say the least) and is already carrying too much of an on-field load to be able to take that role. Buttler seems like a good guy with a decent cricket brain, but is struggling to cement his spot in the team and just lost the vice-captaincy. I almost think it has to be Burns, who has apparently captained his county well and seems to have some fight. Quite tricky for England. Australia might have a similar (or even worse) problem in October 2020, unless a batsman with leadership credentials establishes himself: here’s looking at you to consistently make some big runs in your next six tests, Travis Head.

England fourth Ashes Test player ratings: No standouts for the hosts as the series goes begging

Good article, Ronan. I know you’ve been a big fan of Warner’s for a long time, so I was hanging out for your analysis of why his batting has been so bad this series — and a credit to you for writing it. He may not even get a second innings now, so that might be curtains for his test career in England.

Warner has lost the plot – and his off stump

Still no mention of Warner’s place in the team, Ronan. According to you he doesn’t even have to compete in the stacked field of openers, yet is averaging less than Khawaja this series, has looked like getting out constantly throughout the series and has more than five consecutive away test series in which he’s been quite poor. And this untouchable status even after Cape Town… I just don’t get it.

What’s Warner averaging outside Australia in the last 5 years with how many hundreds?!?

Let’s be honest, if Ussie had had Stokes’ luck, he’d have a couple of hundreds too by now.

“the other bats have simply performed better” — at least three bats have performed worse than Ussie on every metric.
Harsh to drop Khawaja for not going on with it when he’s averaging more than a player like Warner and looks much less likely to get out. Strange that Warner should have extra brownie points after what he did in South Africa.

All the talk is about our batsmen struggling against the moving ball, but we actually seem to be losing the vast majority of our wickets all series when it’s a bit dark, particularly by failing to hit straight ones. It’s so bright in Australia compared to England, that many of the players simply might not be that used to picking the ball up in such conditions. Fortunately it looks like it will be brighter for the second innings…

Yes, South Africa 2014 was obviously his bright spot in terms of overseas performance (as Ronan points out in the article), but that was a long time ago now!

Hi U, I know you’re not a big fan of Paine, but he’s what we need right now as a captain in pretty extraordinary circumstances and still the best ‘keeper in Australia to spinners. Given Head’s form so far this series and Carey’s world cup, I don’t reckon you’ll see any more of Paine after this summer’s tests — he’ll be almost 36 by the time the tests after than (against Afghanistan and India) roll around late next year. He seems like a quality individual and was unlucky with injuries, so I hope for his sake he pulls off this Ashes series at least.

I think I agree with you on the bowling attack and would go with Cummins, Pattinson and Starc, pulling Starc off immediately if he can’t control the swing of the new ball and bringing him back on with the old ball as an enforcer (if he’s bowling fast enough in the nets) or for reverse (if that ever happens). Hazlewood looked a bit flat again in the second innings, so might not be up for back-to-back matches and, while Siddle was still good, they almost seem to have started to work out how to deal with him. I guess the Starc vs Siddle decision will depend on how green the pitch is again, but visiting teams have made lots of runs in past years at Headingley and this August doesn’t seem to be a time for making raging green tops.

Good news, though his way into the test team seems to depend less on his exploits with the bat and more on (1) showing that he can keep well to spin; and (2) Travis Head establishing himself as a batsman, so he can take over the captaincy from Paine (which he’s happily doing for now).