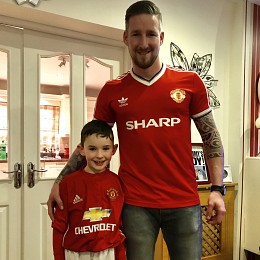 Irish man down under, football fanatic.I have been involved in football all my life playing and coaching. I have represent my country and played professionally in England for Everton and now live in Melbourne playing semi professionally for NPL club Port Melbourne. I know what your thinking ...... It worked out well ? I have seen the ups and and downs of the game and hope you enjoy my insight and opinion. Man United are my team and Keano was my boy. Fail to Prepare, Prepare to Fail.

The Newcastle Jets host Adelaide United at Hunter Stadium in Round 11 of the A-League. Join The Roar for live scores and coverage starting from 5:35pm AEDT. 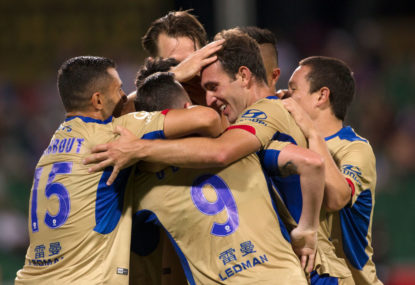 Match result: Melbourne Victory have fought back from a two-goal deficit to down the Phoenix 3-2 in an entertaining, if sometimes shambolic, A-League clash in Wellington. 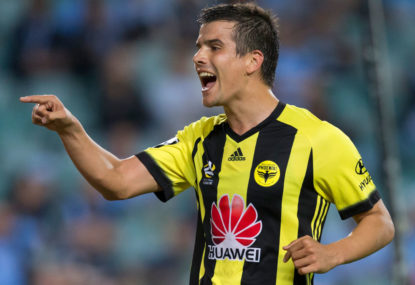 Adelaide United host Western Sydney Wanderers at Coopers in Gosford in Round 8 of the A-League. Join The Roar for live scores and coverage starting from 7pm AEDT. 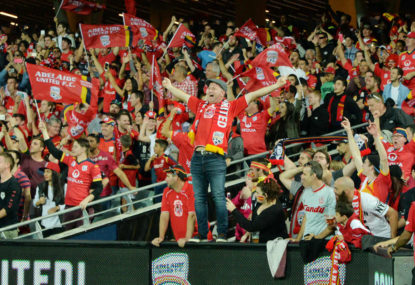 A bottom-placed Brisbane Roar host the magnificent Melbourne City, the Roar looking for their first win of the 2017-18 A-League season, City looking to go top of the table. Join The Roar for a live blog of the match at Suncorp Stadium on Friday night, starting from 7:50pm AEDT. 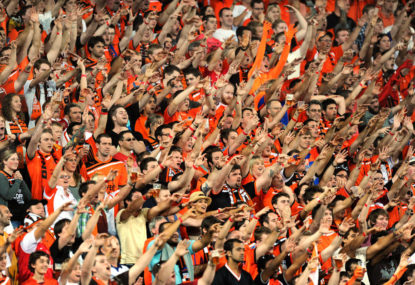 The Central Coast Mariners host Sydney FC at Central Coast Stadium for Round 6 of the A-League. Join The Roar for live scores and coverage from 7:50pm (AEDT). 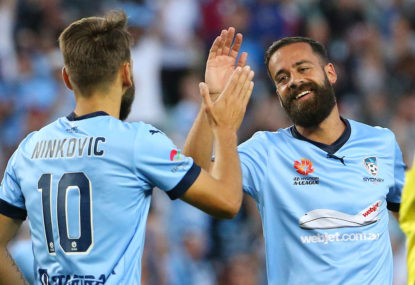 Match result: The Newcastle Jets have continued their excellent start to the 2017-18 A-Leagu season with a 3-nil domination of the Wellington Phoenix. 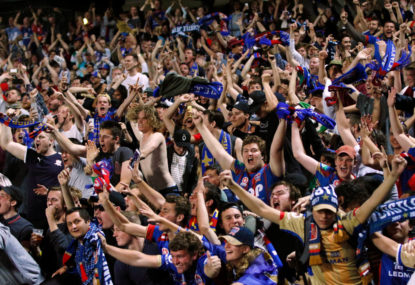 Central Coast Mariners host Melbourne Victory at Central Coast Stadium in Round 4 of the A-League. Join The Roar for live scores and coverage starting from 7pm AEDT. 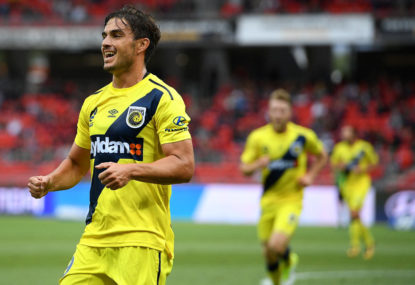 Huddersfield Town host Tottenham Hotspur at John Smith’s Stadium. Join The Roar for live scores and a blog of the match, starting from 9:30pm AEST. 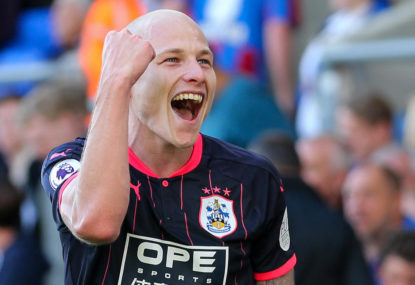 Sydney FC entertain Melbourne City in the quarter final of the FFA Cup at Leichhardt Oval in Sydney. Join The Roar for live scores and a blog of the match, starting from 7.30pm (AEST). 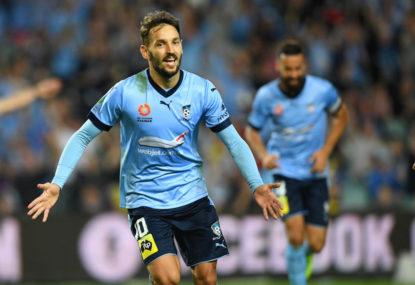 Match result They did it the hard way, but the Socceroos picked up the three points against Thailand with a nervy 2-1 win in Melbourne to edge closer to World Cup qualification. 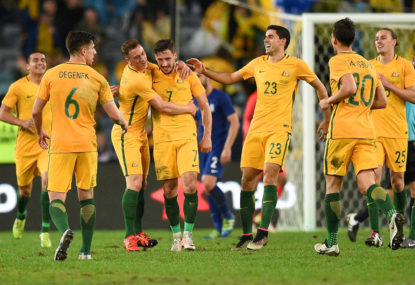 It’s the business end for World Cup qualification and for the Socceroos, is there a more difficult test than going to the land of the rising sun? 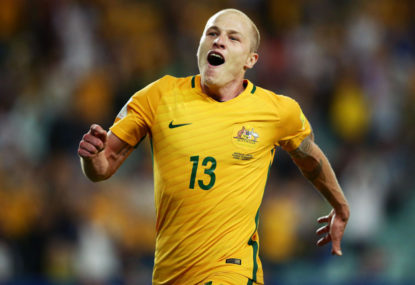 Huddersfield Town host Southampton at John Smith’s Stadium. Join The Roar for live scores and a blog of the match, starting from 12am AEST.

Tottenham Hotspur entertain Chelsea at Wembley stadium for their first home game of the new EPL season. Join The Roar for live scores and a blog of the match, starting from 1am AEST.

What a result for Melbourne Victory here this evening in Wellington. Staring down the barrel of defeat when they were two nil down at half time they managed to turn it around and in the end they were full value for the result.

The opening exchanges between both sides were fairly even but eventually Victory started to go through the gears and the attacking players in their ranks were starting to get into the game and cause problems for Wellington.
They should have went a goal up but for the wayward finishing of the normally prolific Besart Berisha when he miscued a shot with the outside of his boot when he only had Italiano in goal to beat. It proved to be one of those afternoons for Victory’s leading marksman but as always he had a big say on how the game finished.

Wellington scored against the run of play when Kaludjerovic scored a bullet of a header after a great cross by Galloway. He repeated the feat only two minutes later when he met another cross with his head looping the ball over Thomas from the edge of the box.

It has to be said the goals were opportunistic rather than the nix dominating play but they would not have cared going into the sheds with a two goal lead. The worry for them would be if they could hold on as previous games have shown them to be very suspect at the back.

Victory knew if the game stayed the same they would finish the round on the bottom of the ladder and this must have been the motivating factor for the way they started the second half.

They came flying out of the blocks and George who otherwise had an outstanding game missed a glorious chance when he screwed his shot wide from six yards when the goal was beckoning. They didn’t have to wait long for the goal they craved when Berisha followed up a spilled effort from Barbarouses to smash the ball home.

The Kiwi was another player enjoying a fine game with his link up play proving effective throughout. The equaliser came 5 minutes later when Wellington failed to deal with the ball into the box and the ball eventually deflected off Paracki into the net.

It was a nightmare start for Wellington to the second half but to their credit they battled hard to stem the tide. The game really opened up at 2-2 and sometimes resembled a basketball game such was the amount of turnovers and transition play shown by both teams who were both desperately trying to find a winner.

Victory would have felt it wasn’t to be their day when Berisha spurned another great chance when Troisi pulled the ball back to him but he missed the target shooting over the open goal.

Five minutes later Victory scored the goal their play deserved and Berisha who could have gone into hiding from the afternoon he was enduring showed brilliant character to keep going, he rolled Troisi in and the Socceroo made no mistake finishing under Italiano.

Victory saw the remainder of the game out to collect a valuable three points and this result could prove to the catalyst to turn the season around for them.

Wellington will be extremely disappointed to lose the game considering they went two goals up and it is very worrying times for them as they have conceded seven goals at home in their last two games. It’s back to the drawing board for them and they have a big task ahead to climb of the bottom of the ladder.

The teams sitting in the top six will be looking over their shoulder because if Victory get their best players on the park they are a real force. No team will want to face the front four of Berisha,Gerorge ,Barbarouses and Troisi especially on the evidence of the football they produced at times today.

What a comeback from The Victory. This could be a big turning point for their season.

Thanks for joining me on The Roar for what was a cracking game. Hope you enjoyed the coverage.

94′ A long throw opportunity for Wellington to get the ball in the box but Victory clear the ball through Williams who has been immense.

93′ Victory seeing the game out here and have the ball stuck in the corner and not letting the home side out.

90′ 5 minutes added time Troisi with a big chance as he gets in from a throw in and has his shot saved at the near post. Terrible defending from the Nix.

Sub Victory George OFF Ingham On

88′ 2 minutes left and what character shown by Victory to get back in the game and they look likely to take the 3 points here. They have the ball deep in the wellington half keeping possession.

87′ Cant believe Wellington have thrown away a 2 goal lead.They have been far too open in the middle of the park and have had enough warning signs throughout the game.

And what a comeback that is from Victory. Berisha slides Troisi in and he puts it past the on rushing Italiano.

84′ Free kick out wide to Wellington, Mullen with a header straight at Thomas, decent chance that for Wellington.

82′ Vidosic with a chance for Wellington. Lovely play by Parkhouse who puts a ball across the near post. Vidosic loses his man and puts his strike past the near post. Surely we will have a winner here ?? Its end to end.

80′ What a chance !! Berisha has a nightmare. He misses an open goal from inside the six yard box. great work from Troisi in the build up. Should be 3-2 to Victory.

78′ Wellington on the attack, Krishna with a shot blocked and Vidosic with a lovely cut back but no one there to put it.away.

Good stuff from the home side.

77′ Sub Wellington Galloway OFF Mullen ON

76′ Krishna gets cleaned up by Nigro. Yellow card for the Victory full back.

73′ Corner to Victory after a nice play by Geria and Troisi down the right.

71′ Parkhouse does well on the right and finds Kaludjerovic but he couldnt make it a hat trick of headers from the cross.
WP 2
MV 2

George from 30 yards out hits the wall….again.. great player but his fee kick radar has been off so far.

67′ This could go either way as both teams are intent on attacking. Its a very open game at the moment with neither side particularly dominating.

Thats a penalty for me after seeing the replay. Durante clearly blocked the shot with his hand.

65′ Sub Broxham ON Sanchez OFF

63′ George cuts in from the right and crosses to Barbarouses who has his shot blocked and calls for a penalty. VAR says no.