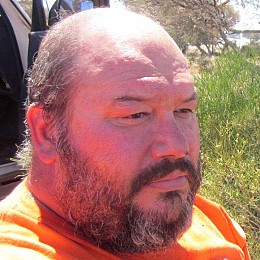 a Forward. proctor of the Bullingdon Club, retired Barrister. Once ran 100 meters unassisted.

Why the Waratahs will always be 'lucky'

Donald Horne wrote The Lucky Country in 1964, and though the title has become an iconic phrase for Australians, it has been universally misinterpreted. 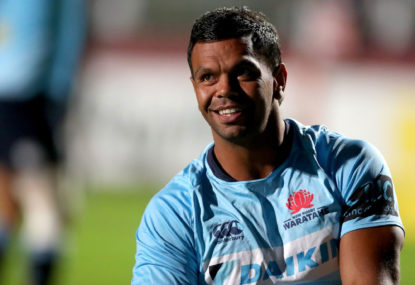 Why the Waratahs will always be 'lucky'

The power of '1' - an ontology of numbers

I must acknowledge Bluesfan, who germinated these thoughts, and apologise to Wilbur Smith – this is no story of the courage of a single person in the face of oppression and adversity, or the conversion of a drop of water into a waterfall – this is a story of the numbers, plain and simple. 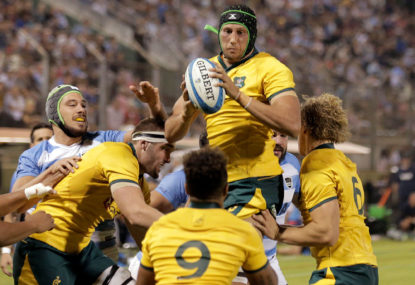 The power of '1' - an ontology of numbers

‘Indolent’ is an adjective that means wanting to avoid activity or exertion; lazy, arrogant and disrespectful. That’s the summary of Folau’s performance against the Western Force last month. 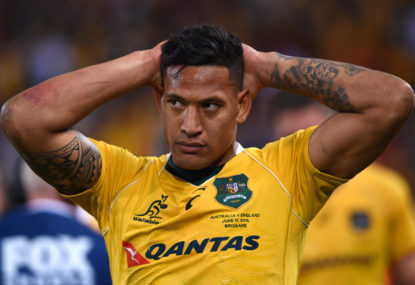 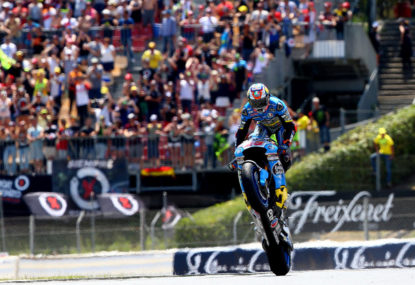 A dram with your rugby

One of the beauties of the northern hemisphere summer is meeting my whisky mates on Islay, of the west coast of Scotland. 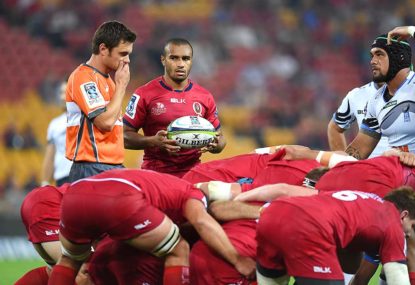 A dram with your rugby

What's your one rule to change the game?

If the AFL gave you a magic wand to change only one rule to improve the game, what would it be?

What's your one rule to change the game?

As one stumbles around the internet and life, you accidentally learn a few things about rugby. Here are some things about the game I learned recently. 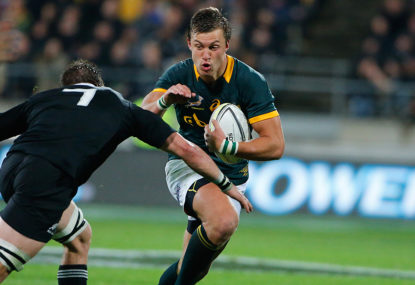 What rule would you change, if you could only change one?

If the IRB gave you a magic wand to change one rule to improve the game, what would it be? 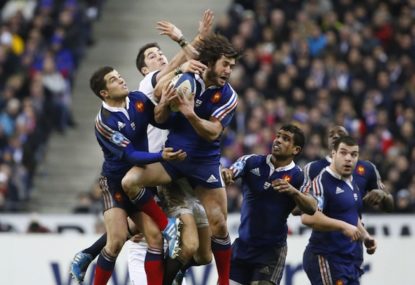 What rule would you change, if you could only change one?

Every sports fan has months of the year that they mark in their calendars as their favourites. For me those months are February and October. 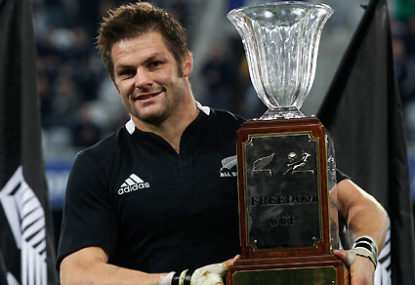 Sacked before they could stink! Why there are no 'worst' rugby coaches

Since 1990, only New Zealand and France have had no foreign-born coaches. The South African Roarers are about to hit “reply in disagreement” but the legendary Sharks (and Boks) coach, Ian McIntosh was born in Zimbabwe. 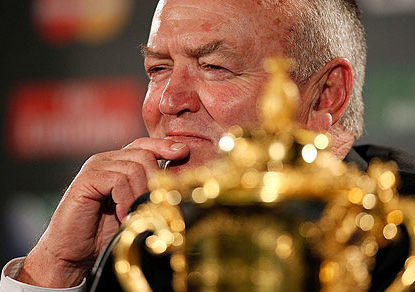 Sacked before they could stink! Why there are no 'worst' rugby coaches

What do age and caps tell us about the touring parties?

As a merciful distraction, the spring tour teams to Europe have been announced. 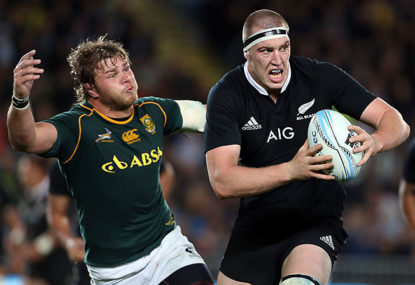 What do age and caps tell us about the touring parties?

Don't believe the hype: ARU culture is not rotten

The great shame is that we expect rugby to imitate life. We expect every pass to stick. But, guess what, we are human. 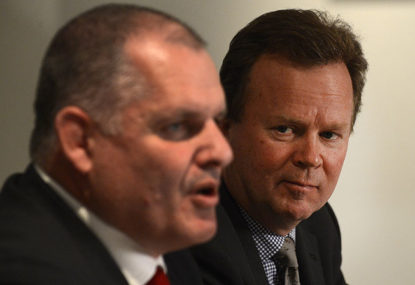 Don't believe the hype: ARU culture is not rotten

your logic is impeccable!

Hooper declined 7 penalties. Even close to 50% success is 9 points!

The fact that Hodge had another chance to win the game says everything about Hoopers dismal and persistent failure to take points when available.

Suggestion – long kicks into touch are chased by non-kicking players that limit the opportunity for teams to take a quick throw-in. The chasers would otherwise be offside but for the ball being in touch. The ball chasers should be limited to the line where the ball crosses into touch. The defending team can then move the ball back and recommence play with a quick throw without interference by chasing players. This would speed the game and induce a speedy counter attack.

RA accounts showed they saved circa $12 mil in the year after they cut the Force – salary, plus on-costs. The true cost is actually closer to $15 mil, with the balance usually coming from sponsorship.

Great article Richard, and very interesting follow-up comments too. I love the concept Kearns getting the RWC gig to get him out of the way! If the only benefit is removing him from the commentary box, that alone would suffice.

Phil Kearns: Keeping the elephants inside the tent

“On attacking line-outs, 7 will move to 13 in anticipation of 2, who’s a 23, gifting the ball to the opposition, thereby cunningly providing the opportunity to counter-attack, in which case 14’s skills come in to play, once he has retreated from the 12 position.

9 will play a defensive role, except in attack.

A lot of very logical suggestions in this well researched piece Joe. However, 2022 is 18 months away. The ARUs capacity to mobilise itself and effect any change let alone the global shifts you propose is honestly impossible. It lacks the leadership, executive horsepower, skills and money.

Most importantly, the ARU lacks respect and influence.

It ain’t going to happen.

My fearless predictions for rugby in 2022 and beyond

If Beale is not dropped until his performance improves then this proves Keith’s point – the remainder of the team will not feel they are accountable either, and that’s the slippery slope of a poisonous culture.

Are the Waratahs a symbol of an ordinary workplace?

Fair enough. What Hooper does is subject to intense, probably unfair scrutiny. I’m 57.5% against him, 22.3% in favour, remainder undecided, irrespective how he plays, he’s never better than 50%. Same rating as the Tahs overall, except for byes.

Yep. Not the destination, just the journey!

The only three things Skelton cleaned out simultaneously were Mrs Macs.

Wasn’t trying to win an argument just saying folks views on Hooper are polarised. Refer answer to Mzikazi below.

The issue with Hooper is I like and loathe him. First Crusaders try after the break he just bounced off the Crusaders player like a rag doll- this led directly to their try. Make no mistake his has my admiration but I was just making the point that he is a polarising player. But there are no “ absolutisims” – he’s neither the best not the worst!

Commitment is not enough!

One could also argue he is the least effective 7 in the world.

I was on a boring phone conference when I read your comment and burst out laughing!! LOUD.

Irrespective of the money and let’s assume it was $0, the fact that RA got his dismissal so wrong and even had to apologise means they comprehensively stuffed up.

Why everyone got it wrong about Rugby Australia and Israel Folau

Don’t disagree at all. It’s usually the CEO that proposes the strategy, often working closely with the Chair who canvasses the board so that the CEO isn’t totally embarrassed. All very cosy really.

And, Clyne interviewed by Ben fordham on Friday said the settlement was unanimously endorsed by the Boards of RA and NSW.

NOT the CEO acting alone.

Agree. Folau thinks he is beyond reproach.

The last column about Israel Folau ever, I promise