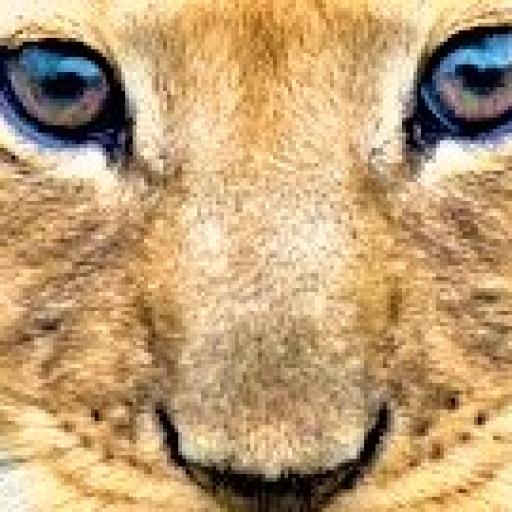 Lionheart hasn't published any posts yet

Love the Matildas but this was no game, non-event because of the complete mismatch. Sure, 3 points but with such a gulf in class I found it very difficult to watch. I doubt it would have mattered which team we fielded. I have to say the highlight for me was the refereeing. Such a high standard in a women’s match we just don’t see in Australia.

Brattan not a good investment
Classic comment. He cost Melbourne City nothing. They got a few seasons out of him, and then Sydney benefits, and still do. They put nothing into his development.
But Rochdale, his junior club, who’ve produced more than a couple of A League players, and Roar, his youth club, get nothing for their large investment.
Little wonder many clubs, who don’t have a production line let alone an academy, don’t want transfer fees.

this is why spending big biccies on Keep Up is a waste of time.

It seems a ridiculous situation. Surely we all review our procedures and the contracts we have for insurance and similar products on an ongoing basis. That’s been the way of the modern world, as I know it, since the early 1990s at least, when corporations and we all really, accepted change as the only real constant in business, and our lives.
What’s wrong with FA and FNSW that they don’t regularly review and update their insurance and registration process?

This is the most frustrating season ever for players, coaches and fans. Difficult to know who’ll be fit and how fit they’ll be, even for the coaching staff, let alone who’s playing who and when.
I missed last night’s Roar-Glory match, tips and attendance at the ground due medical reasons, but I would have tipped Roar anyway. Otherwise, I’m on for the ‘nix, Sydney, Roar again at home, City over Mariners and Victory to win at home over Sydney.

watched it on tv Waz, looked a lot better for Roar. If not for the Glory defender Aspro, who had an outstanding game, that could have been a few more.

they recruit widely, as do many academies. They and Newcastle raid QLD school teams annually. Around 6 or so Toowoomba Grammar kids signed with these clubs two seasons back.

I did complete a survey a few days back from Keep Up or APL regards a digital certificate and fantasy football. All these are a bonus in my view, get the basics right first, decent matches, club loyalty, fan base, commentary & broadcast. Don’t put the cart first, before the steeds.

is this Detective Midfielder’s big break in the journalism world?

Rowles, and quite a few more, were released from Roar by J Aloisi for nothing. Those who were left were released a couple of years later by R Fowler for nothing. Roar has mismanaged transfers for a long time, cite Brattan, but have apparently done ok with some of the women transfers. Let’s face it though, if we had a decent transfer system Roar and QAS would be doing very well on women players alone.

wheels sure do turn slowly in our game, but I find it interesting that the speed-bump is actually the clubs.
Good article Simmo, many thanks.

so many youngsters brought up from NPL into this Roar side, mixed with experienced players coming home, like Crummer and Minnie and our courageous captain of course. They epitomise everything the Brisbane Roar club is all about, except for those Glory games as you say, when they let in goals rather than scored them in the dying minutes.

agreed, although NBN quality varies with location (blame the gov) and don’t forget satellite frequency range drops out in rain. Can’t watch Fox if it’s raining over your house.
But so many basic issues not addressed on the current broadcast, and far too many duds in commentary.
Bill and Boz was my favorite on Fox, nightly, all sports. Given the dearth of decent TV these days, bring it back.

totally agree, he’s not biased. I long ago stopped watching the football panel shows, despite enjoying those on Optus, because of the bias and had mistakenly thought Djite was just another one. But when I actually listened to him I heard intelligent and fair comments. Can’t say that for anyone else on Ten/P+, other than on the Liberty Women’s game, they have a few good ones.

maybe, he’s had a tough year with just one home game and four same day travel matches to Syd/Mel. Other than the home draw with AU, Saturday’s match was the first level playing field they’ve had thus far with travel the day prior. Add the injuries, players out of position due absences, limited training/game time, they did well.
It’s a tough year, but have faith, Moon is a fine coach, needs better advice on international signings I’d say, but I see better things ahead for Roar.

I used to think Djite was biased but the more I see of him the more I rate him as one of our game’s major assets. We should see a whole lot more of him, rather than the fan club from Sydney and Melbourne. He’s a clear thinker, not hindered by his club loyalty when it comes to comments on the game.
I wouldn’t mind the heavy bias, which we have had since year dot and before, if it was progresssing the game. But it isn’t, crowd and viewer numbers in those favoured cities aren’t improving because of the increased attention they garner.

Ch 10 weren’t showing Roar, their focus is Sydney. Check how many of their Saturday night FTA games feature Sydney.

Very obvious difference between same-day fly-in, fly-out and fly-in the day before performances. There is simply no comparison between Roar’s Wednesday night game and last night. I’m aghast that this minor point, a massive disadvantage for Roar, is overlooked in all the expert analysis. The only way the APL will convince me that they care for the integrity of our game is to place the same restrictions on the travelling teams for their return matches in Brisbane.
As to Roar’s performance last night, their youngsters moved the ball around well at times, with a purpose and looked more dangerous more often than their opponents, despite Sydney’s “dominance”. Interesting that the TV panel saw Roar’s goal come from a mistake, but SFC’s from sheer brilliance in attack, and they dodged detailed stats discussion. We may as well have stuck with Fox.
Parsons and O’Shea improved, and Eli Adams again showed he can play at this level. These kids get big wraps from Moon, with Dehmie and Lofthouse, but they need to give their coach a bigger return for his faith in them. We’ve seen glimpses last year (not much from Dehmie yet) that they’ve got the goods. With injuries, players out of condition, players forced to return early and others play out of position, Moon’s got a tough gig this year. It’s a golden opportunity for the youngsters.