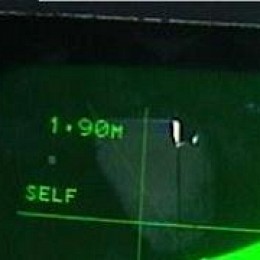 Machpants hasn't published any posts yet

I feel the Ozzies are favourites for this. Last game was the first I’ve seen them beat ABs on their set-up/tactics in a long time. They’ve cottoned on to the ABs slack close in defence and have player to exploit it, just like Faf DK. Either way it will be close, but the ABs are stale, and have been for a couple of seasons. It’ll be close but I reckon the Bled is on it’s way to Oz – hope I’m wrong but can’t see the blacklash. There was suppposed to be one after the Welly loss to SA last year, and after this years poor performance against Arg, and after the loss versus the Lions and after the loss last year to Ireland. The blacklash just ain’t happeneing anymore cos we’ve fallen back and a lot of other teams hae improved.

All Blacks vs Wallabies: Bledisloe 2 preview and prediction

Unless they lose to England

Wallabies beat All Blacks after dominant second half in Bledisloe 1

Those are the same numbers for NZ, not sure what the salary cap is for Oz SR team. Wallabies, or at least top ones, also get paid more than ABs
“The 2016-2018 Employment Collective specified contracting budget of $4.65 million per team, with 32 full contracted players – maximum retainer $195,000, minimum $75,000. An additional six players can be contracted (previously called WTG) who assemble fulltime and with retainers of $50,000”

ABs seem to once again have misplaced their aura, a regular occurrence in the minds and voices of pundits around the world

The All Blacks lack a clear 6, the midfield isn’t quite working and the back three is unclear, but it is otherwise pretty good. We are okay to strong in all other positions.

David Pocock's back as Wallabies name squad for Bledisloe 1

If the ABs lose the first game, the Wallabies won’t be playing the top ranked team in the world at Eden Park….

A win, signs of improvement, but still plenty of questions for the Wallabies

Great article nick thanks. I was most gob smacked by DHP, what was he thinking!?
I’d love to see your analysis on the other game, like how the Abs were kept to two tries against an opponent whose tackling percentage was around 50 to 60, depending on what site you look at

Why the Wallabies were caught short in Johannesburg

It would surprise and not surprise at the same time. I just expect the ABs to beat Argentina, in my blood, it’s just natural! But this B+ team, and first game of the season, is ripe for an upset. Since Shag already has the stain of a loss to ireland on his watch, I think Arg could be next.

I think that’s right, it is a short turn around for the Jags>Argentina guys. So they should have some cohesion, something the ABs won’t – and our first tests of the season have been poor showings for years. The inclusion of a ‘euro’ ten will cause wome disconnects, but the Jag ten was so poor vs Crusaders coach had no choice.

Left out – Coaches know he’s the best, trying out other guys/new positions. Same with George Bridge.

No it’s not, it just emphasises fitness. ABs look better than the boks in the closing of altitude matches for years. It is an advantage to the fitter team.

It was a move for non rugby reasons, his partners job and family are in Auckland. He’s putting family first, rightly so imo.

So are the saders, and a more likely destination. He could go straight into his preferred 12 there, inside goodhue

No I was meaning final, rather than any knock-out finals, but it is more common than I remember – like Lions Crusaders.
Ah well, point is Jags have a real good chance to top the table next season

Good point, forgot about the Landers! Tho travel to the Caketin not quite the same a B.A.

Great wrap, and the first three-peat of the year, one more to come ????
Next year I can see the jags being top of the log. The SA take are being totally gutted post RWC, and the jags will dominate. Along with a closer NZ conference with a lot of leavers and sabbaticals, jags are looking very good for a maiden title next year. The crusaders have proven they are a team capable of winning away, but that was a while in the past!

Succinct write up, thanks. For the Canes, the highlighted change in attitude was key to the second half. The number of times as a rugby, esp canes and ABs supporter, I have screamed at the TV/roared from the stands/ranted on the internet (like now) “Stop kicking the flipping ball away!” is ridiculous. I’ve been re watching all the ABs games since the RWC15, and (outside of kick passes, which work well if executed perfectly) I reckon the ABs regain one in ten chips/sort kicks, and gain advantage from a similar amount. 80% of the time it’s just giving possession away. Frustrating. And we see the difference in this game once BB kept the ball in hand and challenged the line.

Still, best team won, and the travel weary Jags will have to play a blinder to come close to a Crusaders team that just got a fright.

That was the real final, 1st and 2nd best teams in the comp. What a game, esp 2nd half.

Even if BB doesn’t do a Nonu (the easy commute between WLG & AKL) he won’t be seen at the Blues, or the Canes for 2 years, most likely!

It’s not just you tho, pretty much all the commentators from SA and Oz are around a decade and a bit out of date with names!

Nice laugh at the end of the day – Thanks Geoff!

It’s “The Crusaders” not “The Canterbury Crusaders” which they haven’t been for years. It’s also not the Auckland Blues or the Wellington Hurricanes, in the same way it is not the Sydney Waratahs or the Canberra Brumbies.

I dunno, the 3 wise men like to do crazy things at RWCs. Like not kicking from hand during an entire match in the pools, etc. the RC is nothing this year, obvs they want to win the Bled, but it’s all the RWC.

Digger, that might just be something they hold in reserve. Practised in their internal games, rolled out for the knock outs – outside of little minutes here and there