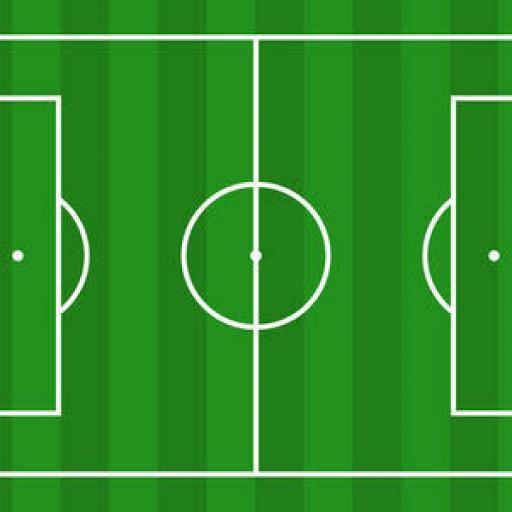 A radical proposal for a revised A-League

With 11 of the current 12 A-League clubs having licences until 2034 (and Wellington likely to have theirs extended to match), it seems unlikely that promotion and relegation will be introduced before 2034-35.

A radical proposal for a revised A-League

A new system for the Australian football pyramid

With all the talk about expansion of the A-League, I thought I’d have a crack at designing a model system for our league. 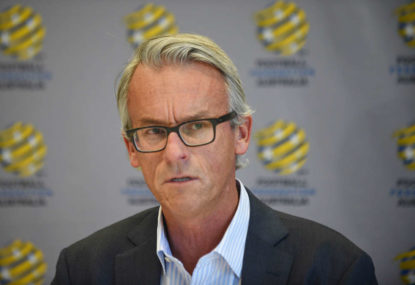 A new system for the Australian football pyramid

The fixture could easily be more balanced if we split the 12 teams into two conferences of 6 teams each.
Play each other team in your own conference 3 times for a total of 15 matches and the teams in the other conference twice for 12 matches and then have the finals consisting of the top 3 teams in each conference

I’ve been a Victory member for more than 10 years but I have never been to an away game interstate. I would love to go to Bankwest or Coopers but I just don’t seem to be able to afford it.
I’d love to know how others manage to attend interstate matches regularly and how they lower costs.

The away day football experience: Following the Jets to Western Sydney

I thought we would hold on for a point there.
Ah well we’re still 3 points above Japan

Facebook, Uber, Boeing, Citigroup are just some of the companies that the Saudi Government has invested hundreds of millions or even billions of dollars to take partial ownership of.
Let me ask, what are your thoughts on those companies and people who use their products and support them?
Would also be interested to know what you think of Vanguard (a major owner of Netflix) given they support the Saudi government by owning Saudi government bonds?

Quid game: Why Newcastle’s Saudi takeover turns my stomach as much as the Netflix classic

It makes me laugh how virtually every author and commenter on here does not know that the continents of South America, Africa and Asia exist.

Having watched both the Euros and the Copa, I agree with you that Argentina and Brazil would beat Italy and England.

I’ve never seen Messi so fired up for any match ever in his career.
Watch him in the penalty shootout when he screams “Dance Now Mina!” when a Colombian penalty is saved.

I watched some Argentine t.v shows last night and they were ecstatic.

In my opinion this is one of the best articles I’ve ever read on this website.

Thanks for a great read.

Are the APL creating a privatised version of The World Game?

I think outfield players slide tackles are more dangerous and more of a problem than goalkeepers but I get your points here.

Why are goalkeepers allowed to make dangerous challenges?

No need at all for promotion and relegation if you have finals.

At the end of the regular season if you finish high enough you are promoted to the finals and if not you are relegated to inactivity until the next season.

I think if you keep finals going forward you’ve got to keep the league closed.

As a Victory fan, I just want to know why Nabbout didn’t play this good for us.
He’s in career best form.

Attendance is not the measure of success. We need professional clubs improving professional players and non-playing staff, not semi-professional NPL or State level clubs making board members cash whilst exploiting Australian kids.

Why shouldn't Cairns be home to an A-League club?

Brebs has to go.
He is not up to the job.
The board also needs to take a look at themselves for hiring him and for not getting an experienced manager with a proven track record of achievement.

As long as we keep a manager who can’t even coach a team to beat a 10 man opposition, Victory matches will continue to be full of drama and action.
Entertaining for the neutral, but exasperating for the Victory faithful.

For excitement and unpredictability, the Brazilian and Argentine leagues have been outstanding over the last 10 or so years.
Plenty of different champions and plenty of last day changes at the top.

We’ve beaten all 3 of Germany, Argentina and France and in 2 cases whilst they were reigning world champions.

I’d love to go to a Velez Sarsfield match. That’s the team I follow in Argentina.
There are few livestreams nowadays, so it is hard to watch full matches. Back in the 1990’s, I knew a kid who used to get videotapes sent out from Uruguay and ironically, it was almost easier to watch Argentinian and Uruguayan league matches back then. Now you can get highlights on the web, but livestreams are difficult.

The golden time was about 6-7 years ago when the Argentine Government owned the t.v rights and used to stream all Primera division matches worldwide on youtube for free on the futbol para todos (Football for all) channel.

I have never been to South America, but I want to. I’m actually planning to live there for a while when I am able to.
I was introduced to football through television, specifically Les Murray and The World Game.
For about 30 years now, I religiously watch matches of some South American teams that I liked the names/colours/cities they come from.
I don’t think I’m plastic.

Jamie Young is a top quality keeper, and I rate him and Redmayne as the two best keepers in the A League.

As for Victory…. It really is ALL Brebners fault.

He chose the players, he had the benefit of the ACL hub and yet he has been out coached in every game.

There is no cohesiveness, connection or chemistry between the players. They do not know where the next player is going to be positioned to receive the pass. That is down to coaching, not the individual performance of players.

I’m sorry, but he has to go and we need to get a proven coach to rebuild for next season.

Stuart, I don’t think you could be more wrong.
The BLM movement is a political movement and football should not be political.
Football already says no to racism and says so across the world, and in solidarity with all peoples.

Football must not align itself with a political movement.

I would be happy to see a stronger “Say No to Racism” campaign, but I would be aghast at FFA or the A League supporting a political organisation like BLM.

It makes sense for this division to replicate the A League system.
ie. unbalanced draw, playing some teams more than others, top 6 finals series, with grand final winner promoted to the A League.

Conferences are worth looking at.
Maybe we should look at that for the A League. I mean it’s a reason to justify finals, which we currently have, but with no justification other than the AFL sand NRL do it.

Asked a mate of mine who’s a Leeds fan who he reckons the 3 teams are that can win the league.
He said, “Leeds, Leeds, Leeds”. Cheeky Git.

The scary thing is that the A League is the only hope for Australian football.

We have seen that at the level below, the NPL clubs are virtually all self-interested and almost anti-football in their continued desire to stifle the game in this country. Most of the NPL clubs are mono ethnic social clubs whose main reason for being is as social clubs for a particular ethnic community, and where football is a secondary ‘afterthought’. Why just recently, Melbourne Knights, one of the ‘biggest’ NPL clubs, came out and publicly admitted they would not seek to become a professional football club, but would continue to be run as a ‘semi-professional’ club.

Imagine that? A club, who aims to be in the top division in the nation, unwilling to pay its footballers at least the Australian minimum wage.

If the A league fails, then it is these semi-professional types of clubs that will be the pre-eminent clubs in the land, and this will be the true death of football in this country.

Of course, this could easily be rectified if the NPL clubs made a commitment to football as their priority and decided to become fully professional. Full professionalism is the ONLY thing we need in the football ecosystem to make the game flourish in this country.

If we had all the NPL clubs become fully professional, then it wouldn’t even matter if we had a national league or not. We could even revert to State based leagues and still produce a football ecosystem where players would be paid to play full-time and thus develop and improve, with easy travel to away games interest would rise and potentially revenue would rise.