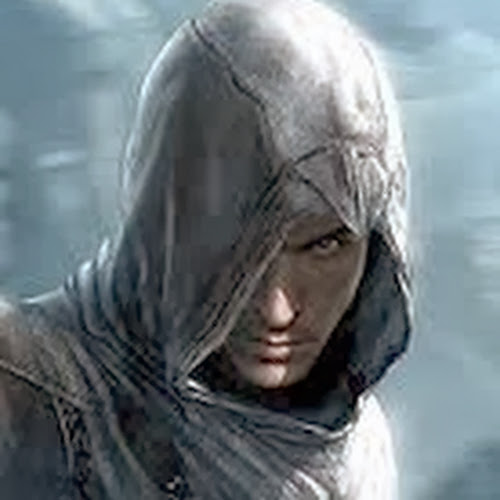 Ghosthound hasn't published any posts yet

The Storm and the Bunnies having a week off now is huge for them. Fatigue is probably going to play an even bigger role this finals series given that Queensland generally heads out of winter very quickly. It’s predicted to be 30C in Brisbane on Monday and who knows what the temperature and humidity will be for the semi-finals and on grand final day.

Well this article was quite prophetic… 😂

It was effortless really… 😁

As a Queenslander I want to be able to loathe the NSW captain, but with Cordner I just couldn’t – he’s just too much of a good bloke.

As tempting as it is to play supremely talented players out of position, surely last showed the drawbacks to that strategy. In origin the margins are so small any point of weakness will be exploited ruthlessly. No matter how talented a player is, if they aren’t used to playing in a particular position they will be found out by good players who are used to playing in that position. Of the 5 NSW fullbacks, only Mitchell has played centre at a 1st grade level (I believe) and therefore actually knows what he’s doing at centre – with the drawback of the predictable brain explosion at least once a game.

That’s a bit harsh on Trbojevic, it’s not like he’s trying to injure himself. Showers can be very slippery….

Perhaps the Broncos can hire Morris as an assistant coach, on more money than the Sharks paid him as head coach. The Broncos have plenty of young talent that he could help.

I am assuming that this article is somewhat tongue-in-cheek. Griffin is a pretty decent head coach, both the Broncos and Panthers made the finals while he was coach. Now, after years of mediocrity the Dragons have improved since he took over. What more do you want Dragons fans?

That simply isn’t true, Penrith have a young side, but their key position players are older and have more experience in terms of games played.

A Dearden / Reynolds pairing would be light years ahead of what we currently have.

One day internationals and NRL games is hardly an apples to apples comparison. The Broncos are essentially playing the entire season with the ‘Baby Broncos’, the team we used have to field once or twice a year during state of origin when our established star players were unavailable.

The current crop of young players will/should get better, much better over the next few years. That said, they need proper leadership on the field and I’m not sure any of the current more senior players are up to providing it.

Well that’s total BS, we have passes that go backwards just about every set in every game. Problems primarily arise when the passes are ‘flat’. Both of the passes in the Union video were flat and hence the momentum carried the ball forward. Neither were passed to the player who caught the ball but rather to place where that player was expected to be. If the passes had been made backwards the momentum would had carried the ball to a position parallel to the player making the pass, that is, not forward.

P.S. I actually didn’t that the Nikorama pass in the Warriors v Raiders game was forward, the fact that the player catching it had to reach out in front of them so much in my view made it appear to be more forward than it probably was.

Like many things in life the more you complicate something the greater the chance of it going wrong. Keep it simple stupid. If a pass is caught in front of where it was thrown it’s forward – no ifs, buts or maybes.

The speculation re Morris is unfair and unwarranted, particularly given the efforts some other teams are currently putting in. It’s all media driven from the usual suspects. Every year they play the game of which coach is getting sacked first. As you rightly point out, Barrett/Payton/Walters being in the first year of their contracts likely eliminates them from this discussion – for now at least. All 4 have inherited a ‘mess’ and should be given time to try and fix the problems. So someone else’s head has to be on the chopping block – at least in the mind of that certain media quarter. It shouldn’t be anyone, we’re only 3 rounds in to a 25 round season for Pete’s sake. But if we are going to speculate, Hasler should be in the firing line more than anyone else right now given Manly’s poor start. However, Hasler is a premiership winning coach with a proven track record – at least from several years ago, prior to whatever happened at Canterbury. Hasler is being given the luxury of time that other rookie coaches are not afforded. The board at Manly must be religious given the faith they’ve placed in Hasler by giving him a contract extension right now. At least MacGregor was on a winning streak at StGeorge when they extended his contract – although we all know how that turned out.

As you say it’s just too early to make a definitive call. Correlation doesn’t equal causation.
I’m not sure that an 18th man would have saved either Canberra or Cronulla over the weekend, they needed an 18th, 19th, 20th & 21st man given their injury toll. That said, a catastrophic injury substitute is a good idea and should be introduced ASAP.

It wouldn’t be immediately before the finals, it would literally be at the halfway point of the season.

Combating coach slow down tactics is a game of cat and mouse. Being able to quickly change to the rules to counter teams adapting may be a good thing.

Regarding the reasons for the 6 agains – not knowing why they have been awarded is very frustrating from a fan’s perspective. Firstly there needs to be consistency and secondly there should be a list of standard phrases that the referees can use as call outs when they award the 6 again.

It’s amazing what attitude and confidence can do in sport – and in life in general. The Broncos had neither last year.

If Kevvie can fix those two things Brisbane will do much, much better than 2020.

They aren’t going to win the premiership or finish top 4 anytime soon. Even finishing 5-8 would be a stretch this year and a lot would have to right, but they shouldn’t finish last.

Yeah it wasn’t the players or the coach they had, just the population of Brisbane.

Great read, as was part 1. A bottom 8 series would be fun.

Coaches are only one piece in the NRL puzzle

Anthony Griffin would likely be the best fit for the Broncos right now given their overwhelming number of young players and Hooks coaching history. Given how the Broncos screwed him over for Wayne all those years ago, I can understand why he’s no chance of coaching them now even if they offered him the role. Green is not the answer.

I was going to comment that the Broncos getting flogged yet again wasn’t even worth a talking point. Perhaps next week when the Storm score 100+ we’ll rate a mention.