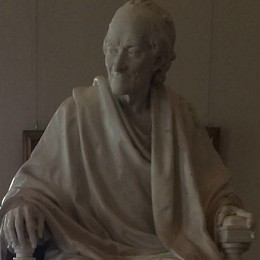 "I disagree with what you say, but will defend with my life your right to say it." - Voltaire.

In early 2000 I migrated to Australia determined to give my young family a better life. What struck me about our newly adopted country was the sheer numbers of kids playing sport and, coming from the UK, I’d never seen anything to compare. 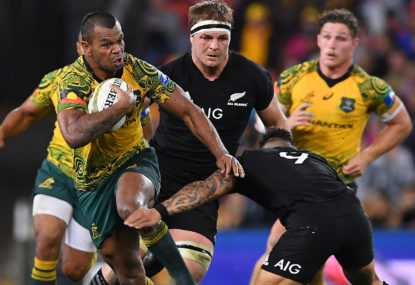 Agreed. The international travel and time zones kill SR. Though don’t lose sight of the fact if hypothetically if the Brumbies fly to Perth to play the Force that’s a 4 hour flight plus transit time.

If Exeter Chiefs take a coach to an away game at Sale Sharks, that’s 4 hours on the M5 & M6. It might only be an hour to Paris by air but the transit time etc. is still a PITA.

I like CVVs idea for a consolidated competition to overcome much of the travel. Either way something has to change and to my mind SR is a dead duck.

Some truth in what you say. I believe Exeter Chiefs ground has capacity of only 10,000, but bear in mind when some of the big fixtures get moved to Twickenham, they draw 60,000+ for a regular season game.

A tackle or someone jumping over a ruck? Jumping over a pile of bodies on the floor isn’t considered a problem, but hurdling a tackler where the ball carriers boots end up near the head of the tackler is generally frowned upon. But, yes, a lot is in interpretation.

In essence what you are advocating is similar to what happens in Europe today. In England the Gallagher Premiership runs for 24 regular rounds, with semi-finals and final. So 26 games to lift the domestic title.
Then the European Cup, conference based with 6 pool stage matches, then a knockout from the QFs onward.
That’s a lot of domestic rugby, why more than SR delivers, yet attendance is good.
Maybe we need something similar with a SANZAAR & Japan Cup to replace SR, which seems to be what you are suggesting and strong, domestic competitions like Mitre10 Cup, Currie Cup etc.
Either way, the current format for SR is a dead duck.

All good but rugby is broke so that last thing we need is more consultants. 😛

Interesting. I went back and had another look. Law 9 Foul Play [formerly Law 10] specifically calls out the tackler for tackling a player with their feet off the ground but I can’t find a mention to the ball carrier ‘hurdling’. I have seen discussion of the topic on referee forums and I suspect I’d find something on this in the game management guidelines. Most discussion appears that it is covered under Law on Foul Play simply because it endangers the tackler. Law 9.11 “Players must not do anything that is reckless or dangerous to others.”
There seems to be some latitude too because the assumption is the tackler has to be in a position to make a tackle i.e. standing in front of the ball carrier.

How have Australia’s results been since 2003 RWC Final?
No Bledisloe Cup wins and one losing final in 2019.

My point is more about how to find a way to grow the sport and finance up and coming players not how to try to retain the existing crop. Unless RA finds a $1.9Bn TV rights deal or a Rugby friendly billionaire steps in (maybe Magellan?) the cash to retain the current Wallabies isn’t there.

Eddie Jones weighs in on the state of Australian rugby

So scrap the Giteau law and pick the best 23 from anywhere in the world. Wasn’t that basically the approach South Africa took? Short term, say 5 years, someone else is picking up the salary tab for the elite players allowing RA to spend more on grass roots development.

The SR structure is a different question and to my mind we would be better off out of it. Fans want to see a local team win the comp and that’s what AFL, NRL gives them. I can’t see any Aussie SR franchise challenging for SR honours any time soon.

Plus as I’ve said before, get out of SR, get a national comp, clear out the RA board and ask Twiggy to get his cheque book out … dreaming I know. 😛

Eddie Jones weighs in on the state of Australian rugby

Agree. Though I’ve suggested before that we pick the Wallabies from the best available 23 globally. That way someone else (NH clubs most likely) pick up the bill for elite player salaries whilst RA invests its money in growing the game.

Given the shambolic state RA finds itself in with the Board in self destruct mode, the lack of FTA TV coverage, the lack of a major TV deal, poor attendances and losing teams, Rugby needs a huge cash injection at all levels but especially at grass roots level.

As far as I can see, there is only one Rugby fan in Aus with deep enough pockets to save the game and unless the whole RA board resigns and gets out the way (with maybe the except of Clarke who seems to be making the right sort of noises) I can’t see why Twiggy Forrest would bother.

Personally, I think we need a solely Australian competition, with teams from every State / Territory represented if possible. Tribalism & always an Aussie winner. Centrally contracted players and maybe even a draft system. May take 20 years to fix the game here but we have to start now, there are no easy fixes.

I note that here at the Rebels we’ve had a never ending turnstile of stars coming and going and absolutely no continuity (they are not alone in that either). Compare that to teams like the Crusaders and the difference is stark.

Of course, post pandemic, things might be different with loads of players no longer commanding top dollar salaries, but that’s just another unknown.

Damn Kiwis for being so good at the game.
I tend to agree that a trans-Tasman competition is not worth it, but then again with NRL bagging a $1.9Bn deal, RA being broke and with a revolving board, the future of Aussie rugby isn’t too bright.

“But let’s remember: they contribute more than Australia.”
– Harsh! But probably fair. 😂

Sorry Spiro, but you lost me at “Jones is probably the most influential rugby writer in the world …”
He’s a NH bigot pandering to the “57 old farts” brigade and I say that as a born and bred Englishman.

The search for rugby's greatest-ever coach - and no, it's not Clive Woodward

If Kearns is appointed as CEO that’s it I’m done with Australian professional rugby. No more money coming out of my pocket for Tests or SR Rugby. Community Rugby is free and generally more fun.

Well done to the RA Board, that another die hard fan and his kids that won’t be turning up anymore.

I don’t agree with this concept but if it is to be then surely it has to be played in NZ?
The BIL don’t get home advantage ever, which makes their triumphs all the more special.

200 redundancies and a further 140 stood down as of this afternoon.
Foxtel is on its last legs. Too expensive and in no position to dictate to anyone.

No, don’t be silly. Given the current pandemic and just how infectious this disease is, someone should have had the intelligence to think that nothing short of full compliance with social distancing directives was needed.

Appointing Kearns as CEO is just handing Rugby to Foxtel on the cheap.

On recent evidence, I’m not wholly convinced the Tah’s can beat anyone.
… dives for cover from incoming fire. 😛

Play it safe or play on? Tough calls coming up for RA

Given the disruption to the global market, many of those Aussies playing overseas might just find themselves in need of a new club. Who knows. 😛

Desalination could be powered by renewables and if we did what European cities do, i.e. overcome the ‘yuk factor’ and reuse waste water once treated there would be less of an issue.

Hey Piru, did you forget the act of thuggery and assault on BOD during his BIL tour to NZ in 2005? Apparently according to Short Arm, that’s acceptable level of behaviour in a contact sport.