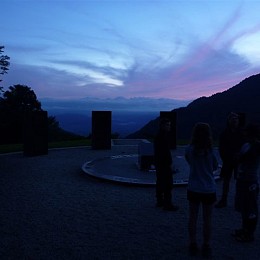 While performances at the World Cup have been analysed to death, there is one analysis that has been missed: the effort of the fans. 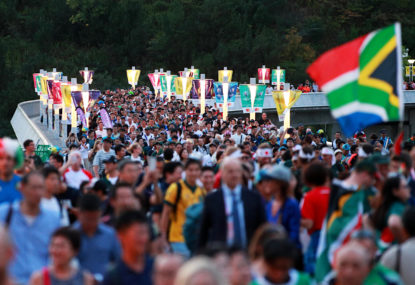 There was something missing from the Wallabies team in Wellington. Most viewers could see what it was. But maybe the players need to see it for themselves.

That’s easy – there is a specialist sports administrator CEO sitting in Sydney.

Rugby needs Lyall Gorman. A specialist sports administrator, who can change the culture of an organisation to get results – and is not beholden to anyone in rugby.

The Scots were right! World Rugby confirm Joubert got it wrong

I’m not sure that it was Horwill’s call for the scrum at the end.

The “Medic” made a dash to the sideline about 10 seconds after the penalty was awarded, and started signalling furiously to Horwill to take the scrum.

Gutsy decision, whoever made it.

Gutsy Wallabies force the silence of the Lions

The 1st’s and 2nd’s both won their competitions, with the 3rd’s being knocked out in the semis. The 1st’s were also finalists in the Coca Cola Challenge Cup, and Waratah Sheild.

I don’t think it is completely a problem of competing sports either – back in ’81, EBHS also produced Australian Schoolboy representatives in Baseball (2) and Tennis (1). They also won the 1st’s soccer zone comp for the first time that year.

Abigroup, and the guys who put together the camp should be recognised and applauded.

A couple of the kids in my sons (U8) team attended the camp this month, and both came away saying “it was the rugby camp we’ve ever been to”. And they go to every rugby training event on offer, including those run by their school, their club, and the NSWRU.

The kids also really appreciated Benn Robinson and Luke Burgess helping out. One of their biggest thrills was when Luke was selected to be their coach for the final game of the camp.

So, I’m with you Bay. Well done to Paul & Dave Schmude (great guys) Abigroup, and the rest of the sponsors. The ARU should be recognised for their assistance, but derided for trying to take all the credit. After all, the camp is known as the “Abigroup National Rugby Camp”. Imagine how the ARU would react if the press started refering to our national team as “The Wallabies” instead of “The Qantas Wallabies”…

P.S. Not only did the ARU get the name of the camp wrong, they got the ages of the campers wrong too. The camp is open to boys and girls from 8 – 17 years of age.

Credit where credit is due, ARU

The problem with statistics is that there are always more…

On the other hand, of the 68% of other students, you might assume that less than half of those schools actually play rugby. Which means that say 34% of students go to rugby playing public schools. So, of all rugby playing schools, it’s about a 50:50 split of public:private.

Which means that the public school system is over represented at Waratahs level, with a 60:40 split of players coming from public:private schools. And that is despite private schools offering scholarships to promising rugby kids…

Sums up perfectly all that’s good about rugby…

Ireland Vs Australia, the greatest moment

Thanks for your feedback guys. I felt compelled to write it after watching a replay of Saturday’s game with my son.

Towards the end of the game, he looked at me and said, “Dad, why aren’t they even trying?”

The season is now over for our boys. The ARU have decreed that at this age, we don’t keep score for any game – but just try telling our boys that! So no semi’s or finals for them.

The boys are proud to tell me that of the 18 games they played, the won 15. And, in the very last game of the season, everything came together. The passing was great. Our bigger boys discovered that they could run. Defense was superb. Every single boy put together what they had practiced all year, and everyone had a blinder of a game.

I was overseas, and missed that last game. But the first thing my son told me when I got home was “Dad, we were winning 11 tries to nil. John [our other coach] told us near the end that it is important that everyone on both teams enjoys their rugby. So we missed some tackles so they could score 2 tries. It was really good!”
These boys have heart…

CraigB – I could not hope to have said it better myself. ARU – WhereRU?

An open letter to the ARU