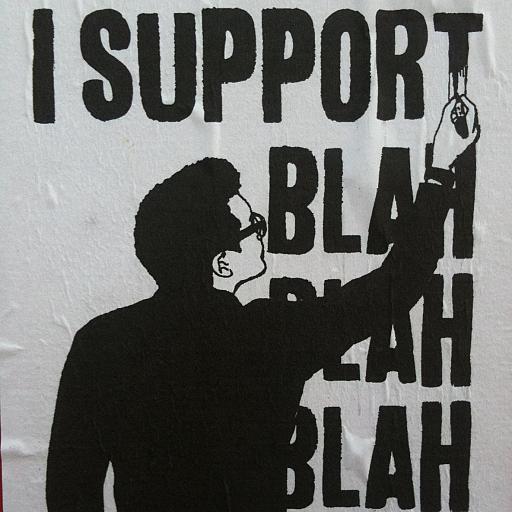 Mirt hasn't published any posts yet

Dunno about bias, but he’s got himself a new nickname , Angus the Whistle

I don’t see anyone saying the reds are the best team, the talk is about how the reds defence has improved and the article focused on some of the techniques used (and did a fine job of it). Remember the old “Most Improved” trophy from the under 10s

Obviously they’re too slow, put them up against the pace of the New Zealand politicians and they don’t have a chance. And I’m pretty sure the air quality is much better as well over there. Orange hair! What a joke! the kiwis all went for white hair earlier this year, no wonder they’re so fast

Sounds good, Rennie may bring all that about. EXCEPT, he has little chance of transforming the kicking department from aimless to tactical.

in response to Will W QOS up above, I’d go with the following
1 Sio
2 Fainga’a
3 Tupou
4 Philip
5 Simmons
6 Valetini
7 Hooper
8 Samu
9 White
10 O’Connor
11 Korobiete
12 Toomua
13 Petaia
14 Ramm
15 Haylett-Petty
16 Uelese
17 Slipper
18 Alaalatoa
19 Salakaia-Loto
20 McReight
21 McDermott
22 Hodge
23 Beale
couple of differences to that team, I’d play Philip instead of Salakaia-Loto who can probably cover 4,5&6 from the bench, I don’t think Wright has got the experience at 6 to be picked in front of Valetini and isn’t going to get in in front of Hooper, I would prefer Daugunu instead of Koroibete but I doubt whether the selectors will, Ramm is the only 14 in the squad, so Hodge is maybe inline for that shirt if Ramm isn’t. unfortunately Slow-Motion Haylett-Petty is the best option we have at the back tho I’d like to see Banks get a fair go. Hodge is on the bench as he’s so versatile (especially for a long distance penalty towards the back end) Beale is an obvious typo or just taking the pee-iss, 23 Harrison

Captain . . . . well . . . . I think Hoopers days are numbered, so maybe White, it may become more evident to Rennie when he gets to see them train together

Stocks at lock, 6 and 12 are low, so Arnold Skelton Fardy Kerevi will change things up in there, if/when we know who the two extras will be

Naisarani is, as ebushyshargo says, one dimensional
Kuridrani looked bad last year, worse this
Campbell had afew blinders, but didn’t know what to do at 14 vs the Tahs, future me hopes
Blyth, can only be left out for the two incoming cavalry

the trick is to get some of the younger guys some game time, Harrison Hosea Wright Wilson Daugunu Wright (no relation) Blyth (late call up when Arnold knocks them back)

that still leaves the brumbies at home and a week after their bye for the final, question is can the reds inflict enough mental damage (if any) to win at GIO

Super Rugby AU Round 10 teams: Haylett-Petty back for Rebels, Brumbies stock up for blockbuster

Kuridrani on top? must have been watching a different game.

Along with Meakes and Haylett-Petty, he makes up part of my slow motion back line

I thought that too PaulD, 2min on the clock, penalty, lineout not working, take a scrum, gotta take at least a minute (if not 5), nuthin silly for another minute and by jingo….

But Reds lost it by failing to remember the first rule of 5m rolling mauls on too many occasions.

Rule 1 : don’t give away a penalty in the first place.

Follow that up with Daugunu’s lack of game sense and the Reds learn another lesson.

If he doesn’t play, then how could he be considered for wb (incumbent or not)
.
When was his last game?
.
In two weeks would be a good return, for a game against QLD and the in form McDermott

When you see Rennie with less hair, you’ll know the kicking practice has begun

Gen, a derby is a game between nearby teams, like Celtic and Rangers, Wolves and the Baggies, Warringah and Manly.

Then it seemed to be ok to call a game between Aussie Super Rugby teams a derby, it still annoys me to accept that.

Please don’t tell me that now a derby is a game between any two teams in the same hemisphere….

I’m not for one minute saying Cheika was any good and yes, what you say here I agree with.
I’m saying he was pushing it uphill in the first place with the guys he had. Just saying he may have been shite but those Wallabies weren’t going to be good enough to win anyway.
Cockbain or Fardy, Finnegan or Samu, Herbert or Kerevi, Burke or Haylett-Petty.
(Still, he probably could have got Eales’ team to lose as well)

and just think, if he hadn’t of had group after group of sub par Wallabies and they had actually won last year, we could very well be lauding him as one of our best coaches ever.

Rob Clarke says “there’s no avenue open to them in Australia at this time”, whilst being noncommittal about in the future.

Sorry Rhys, they just didn’t listen to you.

Good to see calm business acumen in action at RA

That’s a few dollars that will stay in QRU/RA coffers to help them thru these times.

The Wallabies should ban Hockings and Lucas for life