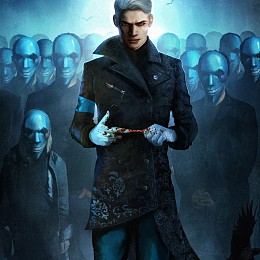 maverick hasn't published any posts yet

Why Wade should be regular? He has played 94 odis for a paltry average of 27 and averages only 16 in t20i cricket. He will be 37ish in the 2023 world cup. Time to move on from him.
It’s time for Carey,Phillipe,Head,Handscomb and others to shine. Picking a tried and failed old hack doesn’t make any sense,does it Kopa?

231 wasn’t a great effort considering the condition and the fact that England were 150 for 8. In the entire series,both Cummins and Starc have been leaking runs at the death.
By resting, I mean give someone else like Sams or Meridith a go. Now it’s time to test some young players for the next world cup.If you don’t play them,then why fill Your squad with 8 quicks?

Yes they can be faulted for leaking 67 off last six overs to no 10 and 9. Their death bowling has been very ordinary for some time now. Bowling quick and short at the death isn’t smart.They barely bowl any yorker or slower deliveries.
Cummins has been bog average in this series.Starc has been awful in his last 7 or 8 matches. I think they both deserve a rest and couple of fresh faces will help.

@Ronan, you are lamenting Short after one odi. How many odis has he played?

It’s funny,isn’t it? Marsh isn’t a recognised batsman either. So why is he playing?

I have never seen an Aussie middle order batsman in limited overs cricket to struggle for rhythm as much as Wade has throughout his long international career. Some people will say that this is his comeback series,so give him some time. But his batting has always been like this over 120 limited overs matches for Australia.
I don’t know why Travis Head isn’t considered who is a proper middle order batsman unlike Wade who bats at the top.

Wade should be that man to be dropped. Head is way better than him and also the fact that he is 6 years younger.

Are you out of your mind? check Finch’s international t20 record. He is one of Australia’s greatest.

What’s funny about that? He is a way better option than Kane Richardson and currently the leading wicket taker of the big bash. He has plenty of variations up his sleeve. And he is a very good lower order hitter as well.

Turner can whack a ball. He is just badly out of form. He has only played 6 odis,give him some time. People are so quick to discard players nowadays

If public selected team,then there would be 11 new players in every match.

Maxwell had a miserable world cup and hence he was dropped. He has been very inconsistent over the past three years. He came to India last time and didn’t do well either. So stop making conspiracy theory,anon.

Tremain has been outperforming Siddle for last 3 to 4 years. How many wickets has Siddle taken in his last 10 tests? It’s time for Tremain,Neser,Richardson,not Siddle.

It should be Tremain not Siddle. Siddle’s pies are past its prime.

Some people are just biased. It doesn’t matter how much runs Lab and Burns score,they will keep decrying their contributions.

I remember everyone devaluing Lab’s efforts in county cricket for Glamorgan citing it was in divison 2. Then when he performed against Archer,Broad and co in English condition,they were pointing out to his moderate shield average and basically called his efforts a fluke.Now he dominated this domestic season and has just scored 185,they will devalue this effort by saying it’s against a weak Pakistan attack. Three quicks bowling 140 plus and a high class spinner becomes a weak attack to them!!!

Burns must finally be respected by Test selectors

I think Paine’s captaincy and some bad bowling also contributed to that. And Stokes is no saint either. He sledges others profusingly as well. His sledging directed to Samuels during the 2016 t20 wc final is well documented.
Re pattinson;this is his third breach of conduct within last six shield matches.Hence he has been punished.Rules are there for a reason,mate. Pattinson has been punished for his own behaviour,it has nothing to do with Warner.

Not surprised at all.He has always been a dumb head. One more minor breach of conduct within next 10 months,he will be out for 6 tests or 12 limited overs matches or combination of those.

I did Jeff.How can you compare him to Bancroft? Players should be picked on recent form but that doesn’t mean the latest match only. Burns is averaging 40 compared to Bancroft’s 11 in this shield season. Burns played most of his games at the Gabba which is arguably the trickiest pitch right now in Australia( along Hobart )where the first test is going to be played.

Burns is street ahead of Bancroft. some meaningless stats doesn’t change that.But if Bancroft can improve his technique,he has a future in test cricket.

Why would you take out his test numbers? It’s not like it was given to him for free? He had to earn those runs. I have never understood the logic of taking out someone’s best performances and then talking about their credentials.

Bird and Sayers aren’t anywhere near the level of Hazelwood.

Why Starc should stick to white-ball cricket

No surprise at all. He has always been an awful fielder.

Didn’t you watch any cricket when Wade was the Aussie keeper? He almost ended Lyon’s career with his pathetic keeping. And his batting was poor as well(avg of 28)

Wade was and is an awful keeper. His keeping days for Australia is over.