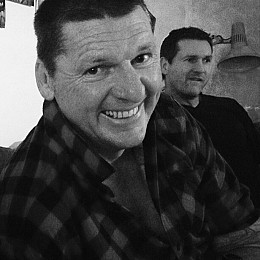 Who are the Wallabies' biggest threats at RWC?

During the course of the Tri-Nations via The Roar, I stumbled upon the fact that the Wallabies are going to be nigh on an unstoppable juggernaut come WC 2011. So who are the biggest threats to this Australian team taking their rightful place at the top of the Rugby universe?

Who are the Wallabies' biggest threats at RWC?

Check this out guys.

One step at a time lads!

A grand slam is just taking all the tricks available; doesn’t matter which deck you are using. 👍

No spot for RM?

Havili was handicapped by the two players inside him.

It is a shame you had to explain that-but sadly, you did.

The mind truly boggles Old Bugger.
If there is one thing we have learnt this past decade, it is that people believe what they want to believe and not what their eyes tell them.

Why can’t those clowns ever update the stats when subs are on?

So they take seven or so water-breaks. Not cool.

Any team would do it if it served them and the ref allowed it.

“continued their unbeaten run” in the Guardian!!!!!! 😁

Jacko, You have been talking BB up longer than that!
Here was a golden opportunity to impress and show us all what we have been missing.
I must have missed it.

Jacko,
Not a word about Beauden Barrett’s performance?

I would be keen for the same team to get a shot, just to see without the errors
I wouldn’t. 👎

How about electric collars around the halfbacks’ necks and serious shocks applied every time they box kick? 😛

Lara, it is only “dumb” when you fail to score the try from the lineout drive.
If you score, it is “brilliant captaincy”.

I stopped counting at HT but I saw stoppages for blood at 17′ ,28′ and 35′.
Whatever happened to the blood bin? Aren’t they worried about blood from one player getting onto others any more?
Malherbe played with a bloody rag taped to his forehead!

Refs should get those players off the field immediately and call ‘play on’.

'When you think they're done they rise up': Why Boks can shock the All Blacks

'When you think they're done they rise up': Why Boks can shock the All Blacks

Different hemisphere see? Down under, anyone from 10-15 looks down on the ‘vulgarity’ 😁

“Dalton Papalii and Anton Lienert-Brown were unavailable due to injury.”
-RNZ National website.

I am rapt to see Jacobson selected.

Excellent, once again, Geoffrey.
Two minor quibbles spring to mind but as we appear to be of similar vintage I can’t think of anything you didn’t nail. Bravo, Sir. You have captured the essence of what this rivalry means to me.
For the first time this season I am counting off the days until kickoff. That has to mean something?
I still remember bits about the first clash back in 2010 after we (the ABs!) had be served up on a platter the year before. The pick and goes up the guts that set the scene for a wonderful victory at Eden Park if I recall correctly?

“two nations who take rugby more seriously than anyone else“ <——–I don't know if we can claim that but perhaps ‘as much as’ anyone else?

And Van Zyl was a bodybuilder?!!!? From what I recall of the incident, he must have seriously gone to seed-or ‘let himself go’ as the euphemism goes?

Excited to see the team named today. Much of my interest will be around the loose forward mix-I expect the backline to be pretty predictable.

Celebrating 100 Tests and 100 years: 'There's never a winner in NZ vs South Africa, just the next battle'