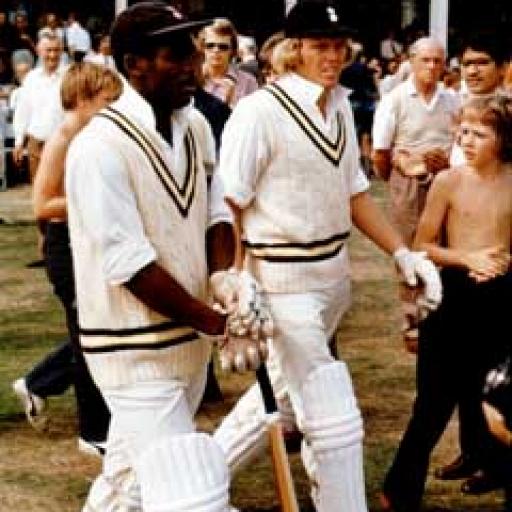 Test match cricket in the bio-secure bubble has brought into sharp focus the need to maintain neutral umpires at all cost.

With the eight-year anniversary of his death approaching, now is the right time to reappraise the irrepressible Tony Greig. 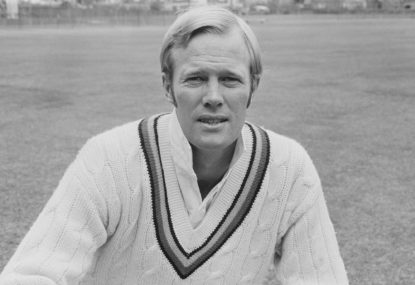 The odd decision you can accept but so many against WI?
Six in one test alone is not a random event. Taboo subject!

Unfortunate that you miss the point which is that the umpiring errors/mistakes which led to neutral umpiring are still being made and are more evident with the use of home umpires. How else do you explain the ENG v WI decisions? If it wasn’t for DRS those decisions would have stood,wrongly,so we would not have moved any further since 1970!
21st century umpires employment structure might have changed but you can’t escape from the fact that they were English umpires and many mistakes were made by them mostly against WI. If they had made so many mistakes during a WI v SL test series no questions would have been raised as bad decisions do even out over 3/4 matches. But that wasn’t the case in ENG v WI tests, certainly the first two.
Marnus was NO because the ball was missing the stumps!
Don’t think AUS asked to review the Kholi decision. Their fault.

Robelinda deserves a penny from every cricket fan over 30 😊

There you go!
Everyone’s complaining so makes my point clear.
With neutral umpires and DRS such disputes and debates have been virtually eliminated.

No Micko, just a topical review about local umpires being used due to Covid.
How do you explain the decision making in the ENG v WI tests and the Paine “run out”.
Overnight a perfectly clear catch off Williamson was questioned by the NZ umpire ( NO soft signal) when Williamson was happy to walk off.
Its always been the case that umpires gave decisions favourable to home teams and no better example than the 1970/71 Ashes decisions and an ENG player on asking how many balls left was told to “count’em yourself you pommie bastard” Either the ENG player was lying or it was true in which case how would expect that umpire to make a fair decision.

Apparently never given out LBW in home tests. I guess they were all “umpire ‘s call” decisions.

Everything previously written about bad/biased umpires has been about Asian umpires. That’s how I started. So I thought you might like an alternative view or is that hard to take?

I just want to add that Joe Burn’s is averaging nearly 40 in test so that not bad so as to drop him. Opening is difficult and its rare for an opener to average over 45.

I’m afraid it “none of the above”.
Marnus should stay where he is rather than be messed about. All others are tried and failed with Will Puckoski probably not suited to test cricket with his bouncer issues.
Outstanding players develop fast. On the other hand the average player doesn’t. Just look at the Marsh brothers, Harris, Stoinis chugging along for years. They would never get into any other premier test nation team but Australia just doesn’t have alternatives at the moment.
If it wasn’t for the great pace attack Australia would be a very average side bar Smith and Marnus.
That said youngsters like Renshaw might be worth another longer look though.

You can’t have a plan for this type of situation. Its not a royal family where a successor is to be nurtured. Here there is no obvious successor so Australia will struggle along for 4/5 years until someone comes along.

Just want to add that Stokes has the time and talent to join Sobers and others in the premier ranks. Also with Pollock you would expect more than just 2 hundreds to show that he made important runs when needed. He played in a very strong batting team so hardly needed to rescue the team. Unfortunately, this is where he loses out to Botham and Kapil Dev. However, no doubt that he deserves to be in the conversation far more often.

Fair enough, he was a very good all-rounder. However we are talking about the great all-rounders here.I saw all of Pollock’s career (as well as Imran, Grieg and Kapil Dev) and not I’m sure he would even qualify as a genuine all-rounder. Would he get into a team on his batting alone? I don’t think so. But certainly Pollock has more claim than Hadlee in terms of batting while their bowling numbers are similar. I don’t recall any dominating heroics from Pollock as we saw from Botham, Kapil Dev and now Stokes. So Pollock would be on the second rung of the ladder with Botham, Stokes and Kapil Dev who would be ahead of Pollock as he was sole fast bowler for India and effective in Asian conditions. Sobers, Imran Khan, Kallis and Grieg would be on the first

Couldn’t agree more, and all the more reason for appreciating Grieg as more than a great all-rounder. Indeed, it seems from those who meet him a pleasant man too unless on the pitch and you were the opposition which is how it should be. Tough but fair.
And remember, as commentator, he never got on the “when I was playing…..” wagon like some I could name and shame.

Matth, there were some things I wanted readers to look for themselves as good students 😛
Grieg’s batting average at 40.43 is a clear 7 points ahead of Botham. This is far greater than the difference in wickets per match and Grieg also trumps Botham in catches per match. While Grieg never had a dominant series like Botham in 1981, he did have great performances as I’ve highlighted since in my comments. Another interesting yardstick is away record where Grieg is way ahead. I’ve also said that Botham was a direct beneficiary of WSC and official teams being depleted and as someone pointed out Botham never managed the same success against WI and Pakistan who were the strongest teams at the time.Isn’t this the ultimate test? Botham’s major success was against Australia who had lost many good players to WSC and rebel tours and were going through a period of transition from 1979/89 the period of Botham’s domination against them. Apart from losing players to WSC and rebel tours Australia lost Chappell, Marsh and Lille to retirement in the early 80’s. After that only Border was a regular test quality player and they had many changes until the likes of Taylor, Waugh brothers, Dean Jones, Lawson around 1989 and a bit later McGrath and Warne. Botham was done by 1986/87 and should really have retired with a grand farewell that he, and Gower, deserved. But like all sportsmen they thought there was more when the tank was empty. Cook showed the way to go properly.

Botham had some outstanding matches no doubt such as the test in India after the centenary test in Australia. Of course Botham’s Ashes means 1981 heroics. But Grieg was consistent and reliable at all times. In addition his hundreds against Thomson and Lillee in 1974/75 and against WI at Headingley in 1976 , against India in 1976/77 were also great innings. Add the 15 wickets in the match against WI in 1973/74 and a hundred earlier in the series and you have a great all round performer.

Proctor was a genuine all-rounder and another who wasn’t able to play much test cricket but that’s the way it is. Shame he didn’t qualify for England. Batsmen always found him difficult to face with the approach and action coupled with high pace. Perhaps he got a couple of soft hundreds in Rhodesia during his six in a row but then which batsman hasn’t over a long career.

Don’t reckon Thorby is going to be happy by being replaced with Gough!

Cook must be in the first team. he has deserved that over time with sheer numbers. No question he’s ahead of Boycott.

You’d do well to switch Root and Gower because of Gower being left handed although very tight between them. Gower arguable got his runs against tougher bowling.

I’d also make room for Robin Smith ahead of Cowdrey/Graveney, otherwise your’e going to be playing for draws in front of empty stands.

I didn’t see him play but I am guessing his game was a tight defence and few strokes much like Boycott and Lawry in the 1960’s. That really is the template for a test opener to this day with the likes of Cook, Burns and Sibley for England, Braithwaite for WI and Latham for NZ. Hanif was playing for a new test nation so the responsibility was so much greater with no other tried and tested batsmen in the team.
It was Roy Fredricks who changed the style to a more swashbuckling opener and made a devastating partnership with Greenidge. Fredricks was out, at least twice, in tests trying to hook the first ball of the match for for six. Slater and Trescothick also scored rapidly but Sehwag took things to another level for an opener.
Hanif’s son Sohaib also played test cricket and I gather a grandson is playing first class cricket in Pakistan.

This was not intended as a discussion about the great all-rounders. Its about one man who should be in that conversation, certainly more so than Hadlee and Kapil Dev. No one can question Kallis’s credentials to be in the elite with Sobers and Imran Khan. I didn’t mention Ben Stokes either who might join this elite club in due course. At the moment Grieg’s stats alone put him way ahead of Botham, Flintoff and Stokes. Botham and Flintoff collapsed under the weight of captaincy whereas Grieg thrived.

Rowe is a good example of great immediate success against pretty average bowling and flat tracks.
214 and 100 on debut against a modest NZ attack and Glen turner replied in kind with 223 and 259 against an equally modest WI attack.
Point is immediate or short term success is not an indicator of greatness.

Fair point and a reflection of how strong West Indies cricket was at the time.
One shudders to think what their proper test team comprising Greenidge, Haynes, Richards, Lloyd, Rowe, Dujon, Roberts, Marshall, Holding and Garner would done to the SA team.

Please read my first paragraph again and what it says about him.
I don’t anywhere dispute that Pollock was not a high class batsman.

Test of time is an important consideration as should be success in different conditions.