This fine historic and vintage conveyance can be viewed by appointment at 200 Whitton Road, Twickenham, Middlesex TW2 7BA.

Wallabies in the big hole

The most impressive man-made hole in the ground that I have ever seen is the Kimberley Big Hole, in what is now the Northern Cape Province in South Africa. 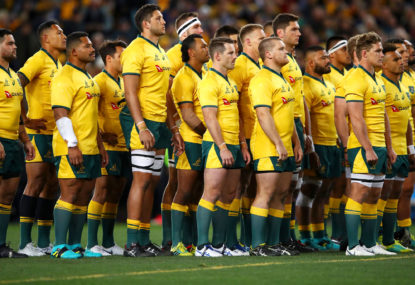 Wallabies in the big hole

I attended this event, which was part of the Tens weekend, on Thursday past at Suncorp Stadium. 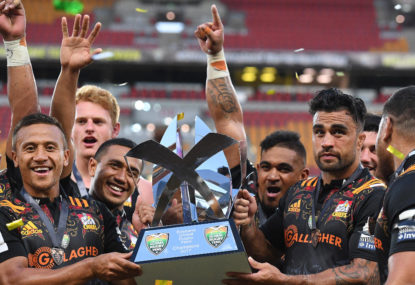 Thats very interesting re Anton Segner, Jacko…and NVS…will watch out for him. Thanks.

Actually just had a look on Wiki…exchange student at Nelson College, 2017….was then offered a scholarship…played for NZ Schools U16 eventually….very interesting

Have a bit of the Huguenot on my mother’s side, Nic. Those people went all over the place…notably South Africa ! Has not been too bad for the rugby down there all these years later…du Toit’s, for example !

Yes, remember that point being made….that Richie knew the laws inside out.

Bit disappointing that a new captain has not emerged. Personally though don’t see anyone else as a standout. Nic White has not looked very convincing for the Brumbies so far, so am not surprised he has not been named.

Yes, I thought of that option too, Peter, but there is risk in there, with a clever collapse or wheel by the Brumbies. Certainly the Reds had a dominant scrum, but very untidy so often eg front row standing up first. Also Wilson struggles at scrum base to clear an untidy ball.

“Richie was a supreme cheat in the ruck” Agree he could be, and could offend very cynically. And he was not carded as much as he deserved to be. But he was also a superb technician in that area, the best I have ever seen. He was often wrongly penalised too, it should be said…..I know this comment will be liked by some, but that is how I see it.

Leptospermum scoparium grows all over SE Australia too. Have not heard of NZ claiming naming rights…..like French have with Champagne.

“Boschiers”…..Lachlan might not like that spelling, Jacko 😊 Bosch…German. Name Boshier would, at a guess, be French, probably Huguenot origins.

“I also rate Du Plessis Kirifi very highly”. Yes, I do too, Ben. He is such a dynamic player, and kilo for kilo is just amazing in relation to the bigger men in his position. . A pity there are so many other outstanding players same time as him. He would have been a good schoolboy halfback ?

“I was at the game and I feel ashamed to admit I thought we were gone just before that last reds line out on our line. ”

Interesting comment, Richie. I would not be feeling ashamed at all. At that point the game was there for Qld. to take. I think it was seven minutes from the end, and O’Connor and Wright were thinking about what to do with the penalty just given. Both should, imo, have shunned the lineout like the plague. The Brumbie jumpers were going to compete hard, and with a high chance of at least disrupting, and possibly straight stealing the ball.

And if Qld. did win the ball, what then. They have no record at all of rolling maul try scoring. Ok, they might have tried a quick play of the lineout possession and maybe got the try. But two better options existed. One, kick the penalty, and start from the kickoff again to get the points needed to win the game. Or two, tap and apply more strong pressure on a now rattled and vulnerable..imo ofc…Brumbies side.

I would have gone for the tap. That was poor captaincy by Wright, and O’Connor with his vast experience, should have stepped up to the plate.

“When opposition fans consider you a pest you can consider yourself a great player.” Can remember Fardy being described as a pest a few years ago.

Always interesting to get these insights, OOP. Would indeed be good if lachie could pick up a cap.

“he can rest easy in the knowledge that nobody did more, in a practical, understated way, to bring a Super Rugby AU title to Canberra.”

Totally agree, Nic. Lachie McCaffrey had an outstanding and pivotal role in the Brumbies win. And across the Tasman, if you were to write an article for the NZ Roarers, you would perhaps have written on Lachlan Boshier ?

” god defensive centre.” Great, james….bit like O’Driscoll, where the Irish said “In Bod we trust”.

“Think Hooper will get the nod this year and the captaincy as well.”

First bit fine, Bobby, but not Capt. for mine. But no clear candidate really….that’s another article though !

Boshier, Goady….he is some player, and I just don’t see the AB’s can afford not to have him in the picture. That game he played at the weekend in the winning of the Ranfurly Shield was the best from a 7 I have seen since Pocock in RWC 2011 v SA.

Jeez, are you a lawyer, Twas ?

Seriously though, the law is the law, and I take that point, but it is often so marginal in those cases. I guess what I like is that turn over ball does make for a better and more fluid game, and thus I would personally always favour the jackal, as long as it is a marginal situation.

“I love mauling. Loved it as a player and enjoy seeing it as a spectator.”
On the same page totally, Jez. It is a great part of the game, and I admire the teams that are good at it. Qld. were once, I seem to recall, under John Connolly…must be about 105 years ago now ! Have totally forgotten what Super number even…maybe 10?
One great driving maul I saw once….Connaught against the AB’s….think Gatland was coaching them…I think. Whole Connaught team joined in….and maybe even a few from the crowd….and they got the try.
Tried to find a clip, but failed….did find this: https://www.youtube.com/watch?v=jL4cYa8JlBs
And this one was epic: https://www.youtube.com/watch?v=YBjptQhMNoM

“Tate needs to learn how to pass consistently.” I think that aspect of his play is overstated, Markus. Bit of a give a dog…… Had two bad one’s in the semi, but overall I think his pass is not bad. Nowhere in the class of Phipps or Burgess….latter by far the worst, imo.

Side entry is one, but so many others. The offside line at the breakdown is a joke so often, and then players onside and further out who rush are penalised on a guess.

Players going in off their feet, with no attempt to clean out…only aim is to lay bodies on the other side and make any contest impossible.

Lineout too is badly refereed, with players stepping through offside before the lineout is over, and sometimes even before it is touched.

Scrums are difficult, I concede, but their should by the laws, be no “working”, or pushing, till the scrum starts…I’m not going to say when that is….check the laws, and I would wager many will have the wrong idea before.

We see this very differently, Twas. But I would need to look back through the games at specific instances to build a proper case. . McCreight’s decision making I feel has been good, only going in when he can legally contest. I just don’t recall any blatant or cynical side entries, and he has the right to continue to contest for the ball when he is in early enough. And to their credit, the NZ refs have generally been on the side of the defending team when the jackal has hands on a ball that the man on the ground is not releasing

Of course, I was forgetting we are only talking a team of the season !