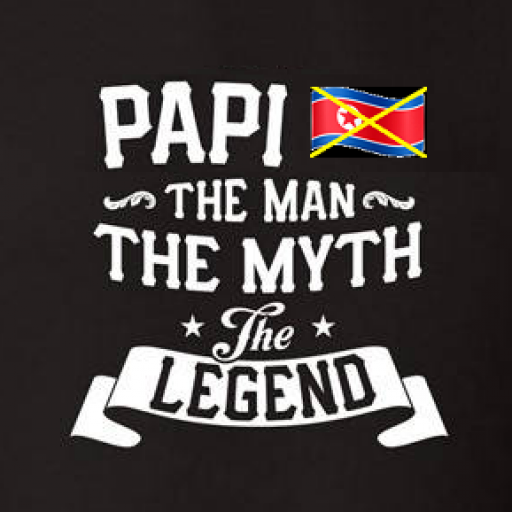 ‘You know the headline, you don’t know the person’: Catalans coach praises Folau after debut

The lack of attendance was a BIG disappointment. Scratch thoughts of a team in Perth for the NRL. They would be lucky to get 5,000 to a game.

Central Coast stadium would have been packed to capacity. Wasted opportunity IMO.

#Bring Back the Bears

Congrats jimmmy and Rob. The Cowboys were brilliant.

Commiserations Pedro the Saint, DPS and Paul and has anyone seen Scott? Corageous effort from thr Dragons who were would have been far more competitive with Matt Dufty and Korbin Sims. Both look set for a long stint on the sidelines and will miss the Rabbitohs next win in the charity shield on the 29th Feb. 😉

Well, Scott Drinkwater is absolutely killing it in the Nines ATM. Hamiso Tabuai-Fidow also looks like he could make a big impact this year if given an opportunity. Good luck for the Final Rob and Jimmmy.

Good luck to the Dragons and DPS and Paul. Young Corey Ramsay looks like a great prospect. Shame about the injuries to Dufty and Sims.

Drinkwater looked good in the Nines today. Still, your team your call. 👍

jimmmy, Rob, I hate to say I told you so but…

I’d play Drinkwater at FB and let Holmes find his fitness on the wing.

Green may ease Holmes back into NRL via wing

Cowboys coach Paul Green hasn’t ruled out easing star signing Valentine Holmes back into the NRL via the wing rather than his preferred fullback position.

…given the NRL’s top fullback’s average over eight kilometres of running a game and Holmes’ NFL training focused on short-burst sprinting, a brief return to the wing could ease pressure on the club’s biggest signing since Johnathan Thurston.

“My biggest concern was how he handled the transition back into NRL [training] which was a bit different to NFL, how he’d been training” Green said in Perth ahead of the NRL Nines.

Bringing Holmes back to the game via the wing, where he has racked up 17 tries in 13 Kangaroos Tests and eight tries in five Origins for Queensland, would put Scott Drinkwater and Ben Hampton into contention to play at fullback.

Q.E.D. Valentine Holmes on the wing and Scott Drinkwater at FB to start the season, like I suggrsted. 😉

defensive edge defences is redundant. I was editing on the fly.

Speaking of flogging a dead horse no-one wants… there has been an interesting insight by Ryan Girdler on the motivation behind the madness of Papa Smurf to move one of the best locks in the game (Cameron Murray) to an edge back-rower role. Girdler thinks that this move could signify a change of playing style for the Bunnies in 2020 given their lack of depth in the forwards and their interest in exploiting defensive edge defences to more fully utilise their potent backline.

“It’s a big play by Wayne Bennett because part of South Sydney’s strength is about playing off the back of what Cam does in the middle,” Girdler said.

“Maybe Wayne’s having a look at his roster — no John Sutton, no Sam Burgess, no George Burgess — and thinking we’re not going to blow through sides.

“He’s got some younger forwards who are still learning their trade. Maybe this year is about holding the middle and playing with some width.

“If you think about the addition of Latrell, they’ve got Roberts out wide and Graham, Burns, Gagai and that man Cody Walker.

“Maybe they’ll get Cam on one of the edges, play with a little more width and managing his workload. He plays big minutes and tough minutes so it could avoid a bit of burnout.”

There is another young gun to keep an eye out for at the Nines this long weekend. From all reports Tesi Niu (Broncos) is a carbon copy of RTS.

Niu era at Broncos with teenage fullback in the RTS mould

Broncos teenager Tesi Niu’s footwork has been likened to that of Roger Tuivasa-Sheck – which is why it is a matter of when and not if he makes his first grade debut.

Niu is expected to be one of the excitement machines for the Broncos at the NRL Nines in Perth.

He has already starred for Tonga in the World Nines and made his Test debut last year in Tonga’s 14-6 win over Great Britain where he again excelled at fullback.

Simply put, the Broncos need a new coach, Darius Boyd gone and overpaid players like million dollar men Anthony Milford and Jack Bird to have their contract values halved or to be moved on.

Clearly there is a lot of talent in the Broncos side but with the average age of the playing squad hovering around 21 years old some experienced recruits are what is most needed at this point. That is where either Blake Green or Jimmy “perhaps one more year” Maloney might have improved things for the Baby Broncos.

Still, there is some light at the end of a very long dark tunnel for Broncos fans and for Seibold. The Broncos definitely need a new FB (although I think Milford still can do the job). Jack “the try bomber” Bird is a 5/8 or lock not a FB and when he fails to impress at custodian there is a kid waiting in the wings who, from all reports, is a carbon copy of RTS.

Niu era at Broncos with teenage fullback in the RTS mould

Broncos teenager Tesi Niu’s footwork has been likened to that of Roger Tuivasa-Sheck – which is why it is a matter of when and not if he makes his first grade debut.

Niu is expected to be one of the excitement machines for the Broncos at the NRL Nines in Perth.

He has already starred for Tonga in the World Nines and made his Test debut last year in Tonga’s 14-6 win over Great Britain where he again excelled at fullback.

Hmmm… I wonder if young Tesi is on Papa Smurf’s radar and on his June 30 deadline transfer list with David Fafita and Payne Haas? 😉

The addition of some quality talent is what is badly needed for the Dogs ATM. They are short at least 2 marquee players and they need to replace Foran in the halves and find what they have been missing for the last 5 years, a quality hooker and dummy half. The last decent dummy half options the Dogs had were Michael Ennis and an underdeveloped Damien Cook.

Fix that and bring the effort and execution of the Dog’s last 10 games of 2019 and they are a different team altogether.

Don’t forget to include Latrell Mitchell as your FB until Teddy becomes affordable. 😉 👍

Forget fighting for the remote boys. Get a second BIG screen OLED TV like me and stream Kayo or FOX Sports straight to the TV! I’m the king of the woooorld! Living the dream, baby! 😂

“any bastardised version of our great game”

Someone’s been into the sherry a little early today I think you’ll find Andrew. Unfortunate side effects include delusions of grandeur… or so Harry and Meghan were telling me over drinks the other day. 😂 😂 😂

“Not sure who you mingle with old chap, but everyone I know in RL and the country club can’t wait to watch the nines. Isn’t that right Jeeves?”

Jeeves: “Actually I’m a valet not a butler, sir.”

I always suspected that SM was Ralph Wiggum from The Simpsons. That explains the reference to that series in his profile name. 😂 😂 😂

Yes for free-to-air and NOOOOO! to cross code selections. The NRL need to develop and showcase their own young players instead.

There was a game several years back with some of the past Origin greats. There was a funny moment when Eric “The Guru” Grothe tackled Chris “Choppy” Close and they did a spontaneous hammed up reenactment of the Origin moment when Close repeatedly elbowed Grothe in the head to get out of the tackle.

I remember Stetlo and Fatty had a few funny comments as well if I remember correctly.

Note: the transfer is for 2021 not this season.

Would you want Hindy to take a talented young player’s spot in the Nines for the Eels eels47?

The same goes for club legend Nathan Merritt for Souths IMO. But just between you and me to stir the pot I’d love to see the outcry on this forum if Souths played the “medically retired” duo of Greg Inglis and Sam Burgess and then went on to win the tournament. I’m sure the Roosters fanboys would all cry fowl. 😂 😂 😂

eels47, I replied to you mate but for some reason it never went up. No idea why.

And Wayne Bennett is the Grim Reaper, Des Hasler is Froddo Baggins, Craig Bellamy is Nosferatu and “Mary” McGregor is Dr Bunsen Honeydew the bald scientist in ” The Muppet Show”. 😂 😂 😂

So I take it that you are a Roosters supporter Allan?