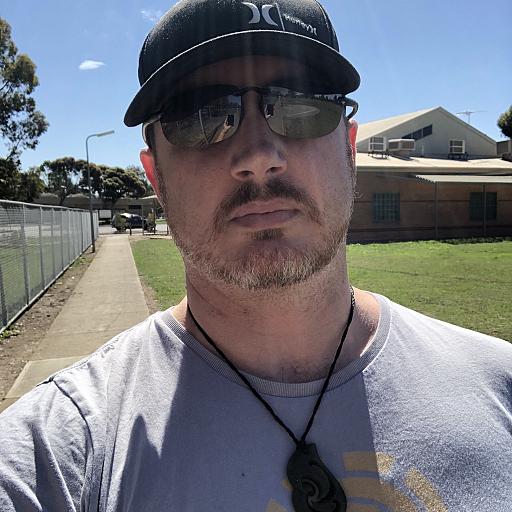 R-E-S-P-E-C-T! What can rugby learn from Aretha Franklin?

R-E-S-P-E-C-T. When Aretha belted out these letters in 1967, they became an anthem almost immediately. Crossing the RnB and pop genres, it struck a…

R-E-S-P-E-C-T! What can rugby learn from Aretha Franklin?

As my esteemed companion Loosehead Greg has pointed out, Australian rugby has a problem. We will continue to explore this in Part 2 of… 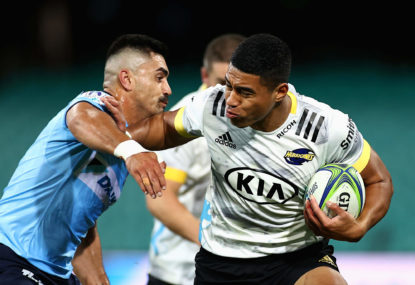 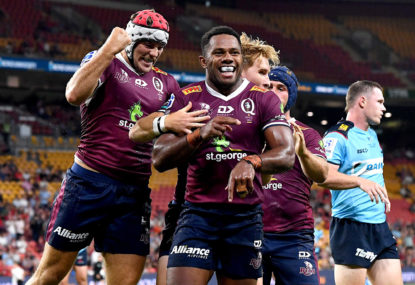 With the return of rugby union, it feels like all is starting to become right with the world once more. The teams over the…

I remember as a 16-year-old watching Nelson Mandela handing the World Cup to François Pienaar. I didn’t realise at the time the significance of what…

So the World Cup is over for the All Blacks. England closed out a great game, and as a Kiwi, I write this as…

My wife and I are very different drivers. Where my wife will stay 5kms under the speed limit, I will be bang on it.… 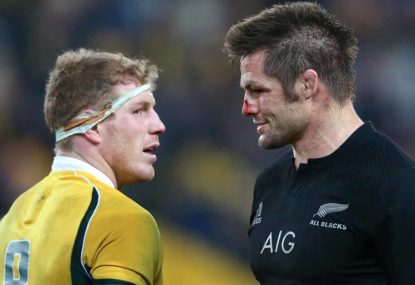 Could he have scored? Did he bomb it by passing?

'Would've waltzed in': Did Sevu Reece bomb a try by being too unselfish?

“There is no possibility of a scrum being a contest for the ball in the modern game.”

Not in the old traditional ‘striking’ at the ball. The power in the scrums just doesn’t allow that anymore. But you see defensive scrums win the ball for their team in a variety of ways these days. Times change and scrums have too.

I would have thought a scrum, like a lineout, was designed as a restart with competition for the ball. If we remove the contest for possession at a scrum, and use it simply as a restart, we move one more step towards league.

Hopefully, really what this all means is:

less interruption from the waterboys/girls.

More reliance on the Captain and the leadership team to be game smart and make changes as and when needed on field. EG Ardie and Jordie – just make a damn decision!

More injuries requiring medics on the field to pass on coaching tips, and then perform miracles of healing as injured players are perfectly fit within a minute of treatment.

While agree about existing everywhere, I don’t think racism is exclusive to the lower socioeconomic group angry about life. So very well educated and successful people can be the worst racists.

While racism is probably more prevalent in Aus culture and society than most would like to believe, I don’t know about in DNA. It is only a small percentage of people who are overtly racist, and all countries have their fair share of idiots.

This deliberately insulting version of racism is relatively uncommon. Subtle inadvertent racism is reasonably common but that isn’t what we’re talking about.

“I think showing the finger to the crowd isn’t a good look. 100% against the racist comments but that gesture wasn’t needed.“

Fixed it for you. When you make a statement then add ‘bit’ you basically negate and undermine the first half of the statement. EG – ‘The won the game but…’

You original comment looks like you condemn his action more than the comments. Hence the responses you have gotten from Tim and Ozinsa. And I know you think the comments are way worse than flipping the bird.

Sadly you might be right. Victim blaming 101, “he asked for it.”

And having lived in Aus for a long time the fear of being a ‘dibby dobber’ would prevent a lot of people doing or saying anything. A lot of people may feel intimated to speak out loud directly to the people yelling things.

There is a witness, Kirifi. Unless someone else comes forward with alternative proof the other way, then he should be believed. However uncomfortable or embarrassed that makes you feel.

Me and most other Kiwis can see the writing in the wall. We know this is going to be tough. I’ll be happy with a 2-1 series win.

Having two ‘last play’ wins this round and some very tight games hardly warrants ‘domination’. That’s where you lost me. You should have led with the Tah love.

“so after the try and game would have continued exactly the same, kick off to the Rebels.”

Not exactly. Yes, it’s the same restart, but the points are different, so different decisions would have been made and the game wouldn’t have played out the same.

I agree the TMO should be used to get things right.

The point Gepetto made was:
“The ref robbed the Rebels of victory with bad calls and disallowing the Matt Phillips’ first try.”

So the fact the game would play out differently is exactly the point we were discussing. I do agree with you though that with the TMO we should have more accuracy or consistency.

“Certainly nothing as obvious as running into your own player “

Yea, that should have been called back. Can understand he was tackled on the spot so arguably didn’t impact the play, but still. It happened in the Crusaders game from memory and it was called back.

That’s pretty much it Greysy, all the what ifs rely on the game playing out exactly the same aside from that one thing, which just wouldn’t have happened. I missed the try/no try so might go back, but Rebels still had a good amount of game left and almost won it.

While we can discuss the try/no try, saying it cost the game like gepetto takes away from actually looking at how they bungled the win which was theirs for the taking.

It’s a Kiwi (and Aussie) thing, if we give you grief, it’s just because we like ya.

That kick really seemed like such a poor option. There was no outcome from that that played well for them. They gifted the ball back to the Chiefs without making them work for it.

IF that was ruled a try, the remaining game plays out differently. So you cannot conclude it robbed them.

Welcome mate. I was of the mind, to take the penalty, get 4 up so they have to score a try. Then just hold onto the ball. 90degs to go it was going to plan until they tried kicking out of the 22m.

Either it’s gets charged down. Like it was.
It goes out for a lineout to Chiefs. And gives them a crack with the ball.
It doesn’t go out, Chiefs have a crack with the ball.
At that time in the game, they should have held onto it.
Chiefs would have been desperate for a turnover so easy to hold the ball and wait for the penalty. Worst case, they get a penalty, but it’s no good as need the try.

Anyways, it’s done now. And welcome to the Roar.

As for the head clash, just because the Chiefs fans around you thought it was Red doesn’t make it so. The Aussie commentators thought it Yellow, so who’s right? We’ve seen these ruled as a penalty too. So who knows, but I don’t think anyone can say something definitive.

I half watched the game, so it’s not like I ‘missed’ it, and while I saw some calls for the Chiefs, like running into their own man – which I called on the live chat – you can check, I didn’t really see too much else either way.

So, seeing as you were neutral, I thought you would have the ones where the Rebels got the rub, as it is beyond credibility to suggest the Ref only got things wrong to the benefit of one team. We’re not in SA.

So, the rebels got no calls their way at all? Like, at all?
You go for the Force, and zip go Crusaders, so neither had skin in the game as such. But I don’t think either of us are truely neutral.
Also, like I said I was only half watching for the first 1/2 – 3/4s, what’s the RC you’re talking about? If you can give me rough time, I will go back and have a look.

Can you also list the calls that the Rebels got away with too? I was only half watching for most of the game, so missed a lot myself.

Somehow I missed this article and only saw it now. Great piece, succinct and to the point.

To have a 13 make no tackles? That is out the gate.

We should ascribe the old adage of, select your best players in their best positions. If it means talent gets left out, so be it. It’s about the sum of the parts not the number of stars.