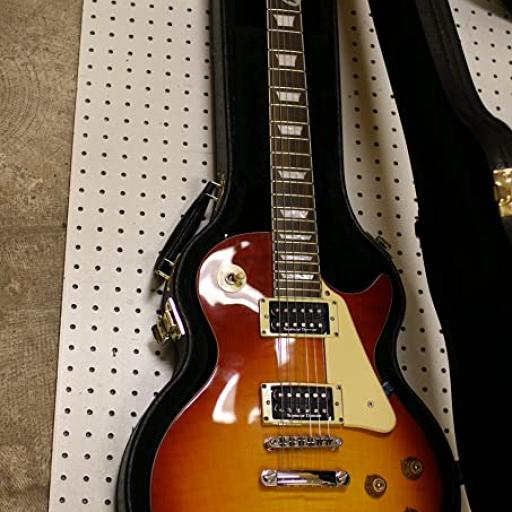 Pinetree hasn't published any posts yet

Yeah, it is really hard when rugby is not united at all levels in your country, and there are self serving parties involved. I agree that the landscape for the future of rugby in Aus looks much different than the other tier 1 nations…

The uncertainty of the game of rugby moving into the future does invoke a lot of anxiety. No one knows when life will turn back to normality, and how this shift towards normality will differ from country to country. Is the future with Japan and the pacific islands involved with NZ and Aus in a competition moving forward? Do we have to burrow deep in our own domestic competitions for a while? Who knows until further events unfold, and economic viability becomes clear.

The human spirit is strong under high threat, and this passion to survive I believe will pull through in some form in the game of rugby. It may take some time, but I have faith. We may just have to dig hard for a undetermined amount of time, but we will get there…

Crikey, most of the good movies have already been listed. Some good shoutouts.

Harry is the crawling king snake of sneaky comments!

Yep, as a Crusaders and Tasman supporter, the Canterbury team are our enemy! NZ SR teams are made from many provinces, and to name a SR team as a province name, disregards all the other provinces who are connected to that SR side, who have a rivalry against the incorrectly province named SR side.

Don’t know why this is so hard to understand for some people, but I appreciate those, like yourself, that respect this difference from an already named and branded province team, and the SR team they play for.

Each Super Rugby team’s claim to the title

Oh dang! Brumbies get a 5 pointer, then shared title?

What I mean by mentally saving themselves for the end of season, is that rugby, and other contact sports, have a high demand for physicality, and you have to be strong mentally to be able to fully put your body on the line, and this cannot be done all season, or else you risk injury and fatigue at the wrong end of the season.

That is why players are rested when they have played a lot of games, because to be mentally up to put your body fully on the line, you need to be injury free, and at peak fitness, which needs to happen at the end of the season.

I actually don’t think you would find many winning coaches that would agree that it is rubbish, but we will agree to disagree.

“Let’s just be grateful that we have the luxury to debate rugby and not more important things.”

Yep, 1st world problems, and that is more than enough to be grateful for.

” I have given them the stillmissit curse.”

It’s all your fault, Stillmissit!! Next time do the sensible thing, and put the curse on the Waratahs…or did you?

Apologies if I took your post the wrong way, Max. I do acknowledge that many have a bag of excuses when a team that they support wins most games, loses or comes close.
.
I do think the Crusaders will bring a bigger game facing top of the table teams with all ABs selected, but the Reds did play a good game, and that should be recognized, but the Reds need to keep grounded and pull out wins when it matters as the season progresses, and I am not sure they have turned that corner yet on a improved win percentage.

That’s the way I see it, but there are many perspectives and views, and your opinion is just as valid, but I diasgree that I am having it both ways.

I agree, I think the Chiefs or Sharks are looking the most like title contenders, although the Stormers are doing well too, but we will see how they travel. The Crusaders will give it a good shot, though, and be in the running.

Brumbies could surprise by the end of the season too.

The great thing about rugby, is that it is such a multidimensional game, that there are many ways to view a team/individuals performance, which adds intrigue into debate on how different people view a match!

“At one point in the first half, I thought the Crusaders passing and control slipped badly…”

I agree, Stillmissit, but this is kind of my point. The Crusaders were not applying full mental capacity, as every game can’t be played at 100% effort without effecting the end of the season, and if the Reds managed to get a lead, IMO, the Crusaders would’ve stepped it up.

But I also acknowledge the positives that you bring up about the Reds team, and I do think the Crusaders were caught off guard on a performance that was better than the Crusaders planned for. Fair points there.

I am not so sure that the Reds “should” have won that game. They could’ve, but I felt like the Crusaders were not playing at full intensity, and were in grind out win mode. You don’t want to overwork your squad, when you are playing against the teams you should beat, if you are a title contender team. You grind out wins in the first half of the season, apart from the odd game you feel you need to step up, and save your energy and full mental focus for the end of the season, where titles are won.

Until the Reds scored in the 72nd minute, the Crusaders had a comfortable 9 point lead, and there is a lot from previous form to suggest that the Crusaders would’ve stepped it up if the Reds managed to take a lead with better kicking.

In saying that, it was still a promising performance from the Reds, but I do believe there needs to be a balanced perspective of considering that the Crusaders may have been in cruise mode, and the Reds were giving it their all, desperate for a win. The ‘Saders may have been more in control of that game than the final scoreline suggests. The Crusaders have a knack of winning games that the opposition shoulda/coulda won…

Those are some astute criticisms of Penney, although I think Simmons does often much more value than Beale, with his experience translating into leadership and solid set piece, even if his impact play is low.
.
I was probably unfair in my very early opinion of Penney, as your point on Penney doing a better job than Gibson at promoting youth, and having a less experienced player roster, does need consideration for a fair analysis.
.
“persisting with the likes of Faulkner, McCauley, Beale at the expense of Talakai, Tafa, Reilly”
.
Yep, Penney would profit in the long run to integrate these changes without too much delay.

Agree, it is not obvious who is responsible for what re different coaches input. Surely though, Fisher in the mix of the Wallabies IP has to be a positive!

That is a well balanced perspective, Fionn, and some fair push back on Fisher’s record as head coach. Yes, Fisher could also be the equivalent to Smith in NZ, and be better suited concentrating on his technical side, without media interference .

That is a solid point on performance as a head coach, which I hadn’t considered. I did advocate for Fisher on a post below, but Mckellar is a much better possible head coach option.

Gee, that is probably the most ungenerous possible outcome you have given re Dan Mckellar. Rennie has stated that it is important Aus have Aus successors to take over after him, and along with the other appointments, he is keeping to his word. Do you think the other assistants are in the same danger to get tossed out? Or is it just the weak Brumbies connection with Larkham/Mckellar that makes you conclude this?

Also, Rennie is not Cheika, and it was the conflict between Cheika and Larkham that resulted in Larkham being forced from the team. I suspect Rennie is quite meticulous when it comes to selecting support coaches, and loyal when he has made a decision.

In saying that, I would have thought Laurie Fisher was a front runner to get a position, but maybe because Fisher is on defence now, and RA have already hired a excellent defence coach for the Wallabies, that Mckellar is the perceived best option for fowards coach. It is tough to separate who is exactly doing what in the Brumbies, and how much influence Mckellar has, but it may be more than we give him credit for. Fisher would have been my choice though for the forwrds, but I am certain Rennie and Johnson have looked far deeper into the Aus SR coaches than I have, obviously.

Re the Reds, you seem to be on the generous side, especially when comparing them to the Rebels. The Rebels have confirmed 3 wins, the Reds have 1 out of 6. The Rebels have also gathered more wins in the previous 2 seasons, and have almost made the playoffs. The Rebels do have a major defence problem, particularly at 1st and 2nd phase ball after a turmovers, which the kiwi teams punish, but the Reds need wins. No excuses. You seem to be in the boat, Spiro, that close losses are good enough, They’re not.

Rob Penny is not working out for the Waratahs, and is a downgrade to Gibson, which is not good news. It needed to be an upgrade.

Link is a very good coach, but it would be a slim chance, I reckon, to get Ewen back to coaching in Aus, if he comes back to coaching at all. The 2014 incident, that ended with Ewen leaving the Wallabies’ job, whether he quit or was pushed out by RA is unclear, but it was a great loss to Aus rugby’s IP, and the way RA handled the situation may have left such a sour taste in Link’s mouth, that he may never return to coaching again. Link is probably happy with his new life style.

You never know though 😊