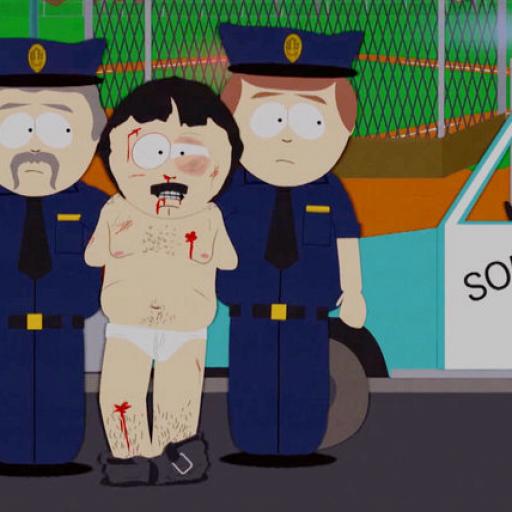 Randy hasn't published any posts yet

Gould’s problem is his agendas, which is a shame because he is otherwise a treasure of the game. He is incredibly articulate and even shows some deep thinking which you wouldn’t expect for Rugby League. He is horribly sydney centric though and stuck in the past.

I am happy to regard him as the GOAT. I guess he redefines what being the greatest is, you are not going to get an exhilarating 10/10 performance out of him like an Andrew Johns or Thurston, but you will never get an off 5/10 game from him either. It’s been flat 8s and 9s for 400+ games which is ridiculous.

Pretty easy one to pick, most positions pick themselves but I defs think Walters should be starting 9 and Hodgson on the bench.

the only criticism I have of CNK is he is a bit slow. There are 115kg props who are faster than him….

At his best Hodgson is still easily the better player but he needs to learn to play with his halves better, not overplay his hand so much. Starling should be a starting hooker somewhere, he would make a big difference at a club like the Dogs. Not that I want him to leave the Raiders.

because he didn’t win the grand final he isn’t good enough to be in the NRL? ok buddy….

On a serious note i thought the Eels were going side to side too much against Souths, particularly in the second half. It was desperation footy but not really building much pressure. The channel 9 commentary team were harping on about Junior Paulo and how much like Arthur Beetson he is, right there was their answer. Why weren’t they giving it to Paulo to bash up the middle with support runners? They did it once or twice but not nearly enough.

interesting that the golden generation all started pre-A League

I wouldn’t trade Tapine for any other 13 in the game. Two amazing individual tries in 2 finals games. He is a genuine game breaker.

That passage of play where Moses hits the upright and then Gutherson spills the ball in his in goal defies belief. Not sure if you put it down to bad luck or sloppiness but The Eels go from possibly evening the game up to 8 points down in the space of 60 seconds. The Rabbitohs score again shortly after, was it the intercept from a Dylan Brown pass? It was game over at that point. Just crazy how the Eels basically handed it to Souths on a silver platter like that. Moses was once again MIA in the second half when it mattered….

I thought Keary had a good game except for when Tapine fended him off 3 times. I was very nervous whenever he had the ball in those later stages of the game.

The Raiders will be banking on being fitter and fresher than the Roosters. They have been coming over the top of sides in the final 30 minutes of games and apparently only concede 2 points per game between the 60 and 80 min mark. I wonder if this will be their tactic again? let the roosters come hard in the first 40 and then run over the top of them later in the game. Roosters of course are not the Sharks or Bulldogs or Dragons… If the Roosters get out to a big lead I don’t think the Raiders have the execution in attack to run them down.
Both games could go either way.

and an absolute BS sinbinning of Simonson

Might have been asking for too much, i would take Young over Brenko Lee….

what a shock, clipper here to express his contempt towards working class people and League… forgetting that association football is still by far the biggest sport in the UK amongst the icky working class. Why don’t you mention how gross soccer is?

NFL must be somewhere high, those players never get into trouble off the field……

I did, but I am not quite sure if he is referring to coverage in Australia or England, or both?

Welch is a Queenslander

He plays with a real lack of aggression for such a big unit. I wonder if that’s what’s cost him his spot.

I didn’t think the Eels played that poorly. Their right defence has some issues though. They are definitely still in it and it wouldn’t be a shock if they beat Souths next week.

Roosters look like they’ve run out of steam. I don’t think that 29-28 score line was a fair refection of the game. The Panthers were the better side by a mile… The Raiders should put them out of their misery next week but they probably won’t cause its the Raiders….

Knights need more than Frizzel next season if they want to be a contender or even keep their top 8 spot… new halves for a start. At least Brailey will be back.

Fifita made a cynical ruck penalty, it almost bordered on a professional foul. I have no idea why Graham wanted to challenge it? how can he challenge the refs discretion in a slowing down penalty? Unless Graham thought the penalty was for something else, anyway it was dumb by him.
Apparently Wighton was allowed to do a quick tap because he was further than 10m out I think?

The Raiders attack in general is just clunky. They don’t construct attacking sets particularly well and rely on a lot of individual brilliance to get tries. It’s a strange thing because in 2016 the Raiders had the best attack in the comp. Hodgson, Blake Austin and “Leipana” were regularly finding holes in the defensive line and we were a lot slicker with the ball. Then at the end of 2018 after 2 seasons of close losses Stuart completely turned our game plan upside down with defence being the primary focus, but our attack has suffered. Even last year our attack was never that threatening, but individual players like Wighton, Bateman, Rapana and even Papali have a knack for doing something freakish or just barging over and scoring.